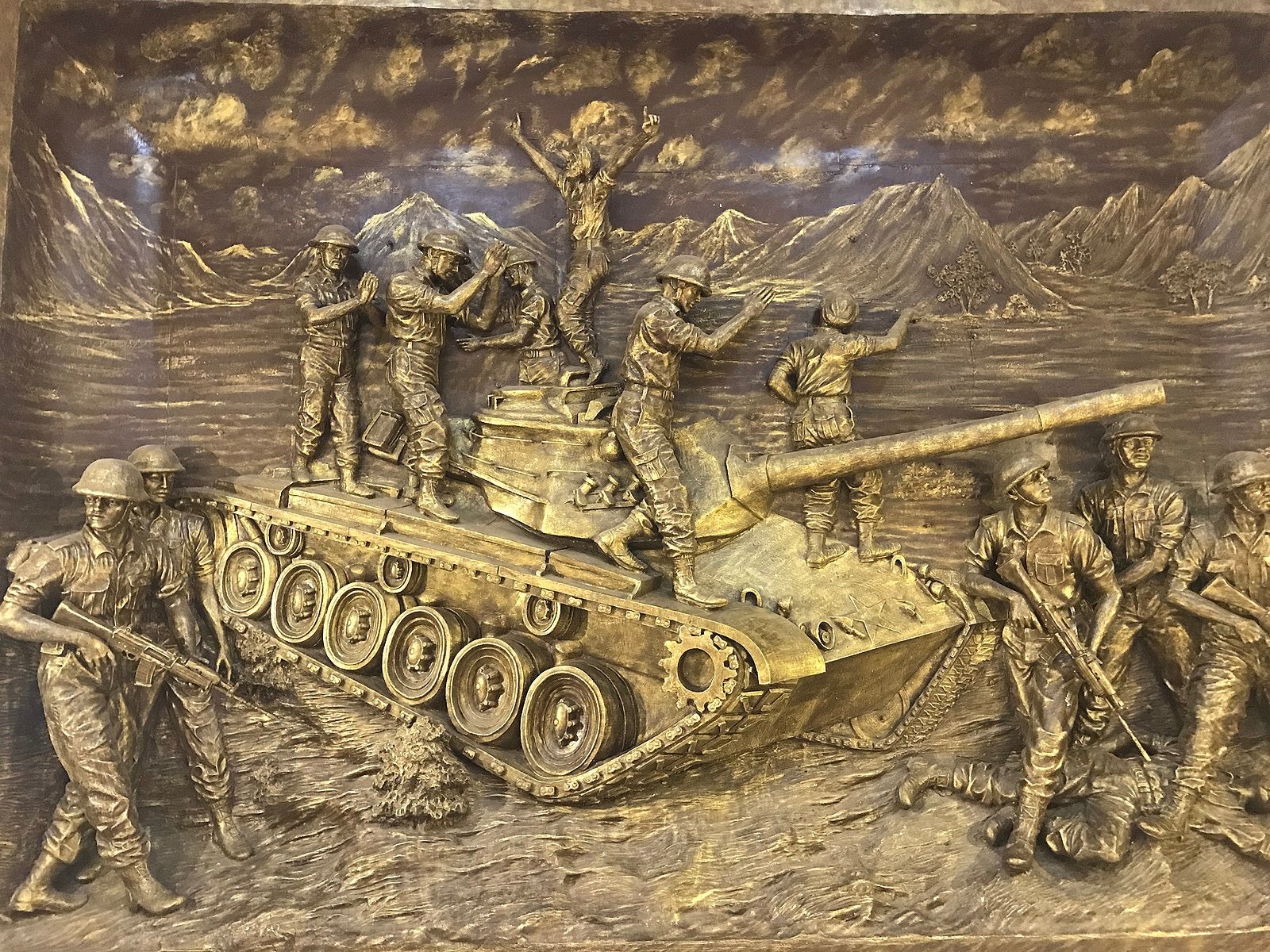 When we think of the largest tank battles in military history, we probably think of epic slugfests like the World War II Battle of Kursk between the Soviet Union and Hitler’s Germany. More recently, we might look to the Battle of 73 Easting during the Gulf War.

The battles between India and Pakistan often get overlooked in the minds of even the most hardcore tank fans, but some of history’s most hardcore fighting happened between the two former British possessions.

In fact, the two have been fighting ever since the British withdrew from India and Pakistan. The first war happened pretty much immediately, as the two countries squared off over who would control the areas of Jammu and Kashmir in 1947. The first war didn’t really settle anything, so they were back at it nearly 20 years later.

Just before India launched a full-scale invasion of Kashmir in 1965, Pakistan sent thousands of soldiers into the area dressed as locals. The Indians found out somehow and retaliated with almost its entire army, which included more than 180 Centurion tanks, 340 Sherman tanks, and an estimated 700,000 infantry, not to mention its air forces.

Knowing the war lasted a little less than a month, one might think that India sent in an overwhelming force to push Pakistan out of Kashmir for good. They would be wrong. Pakistan was already prepared for the war their intended insurgency might cause. Both sides made significant gains in the first few weeks of fighting, aiming at different goals.

A few days before a United Nations ceasefire forced an end to the fighting, the two sides met at Chawinda in the Punjab area of Pakistan. India was attempting to counter the Pakistani advance into Kashmir. The Indians sent an entire Corps into the area near Chawinda with an estimated 150,000 infantry and 260 tanks. Initially, the Indians annihilated an enemy infantry regiment and pushed the Pakistani forces back to Chawinda.

Outnumbered by a margin of around ten to one, the Pakistanis dug in at Chawinda. With repeated losses to the Indians at Phillora and Asal Uttar in an attempt to divert the Indians away from Chawinda, things looked pretty bleak for the Pakistani defenders.

But despite repeated Indian attacks on Chawinda, the Pakistanis held out long enough for reinforcements to arrive. When the Indian Army launched its major assault on Chawinda on September 18, 1965, the Pakistanis’ strength had grown to 132 tanks and 50,000 defenders. They were still outnumbered but they repelled the Indians.

In fact, the Indian attack was so unsuccessful, and they took such heavy losses trying it, that they were forced to withdraw from Chawinda and both sides stopped their offensive plans. When the United Nations-brokered ceasefire came, both India and Pakistan were so bloodied and bruised, the ceasefire was welcome news.

Pakistan lost 60 tanks defending Chawinda, nearly half of its force there. India lost almost the same ratio of tanks, an estimated 100 or more. When all was said and done, the Battle of Chawinda was the largest tank on tank battle since the World War II Battle of Kursk.

India withdrew from Chawinda on September 19, and the ceasefire went into effect on the 22nd. The 1965 war ended on September 23, probably to the relief of both sides. The war didn’t change much of anything, except ceding a little bit of Pakistani territory to India. Even that was returned just ten years later, when the Soviet Union mediated a peace agreement between the two in Tashkent.