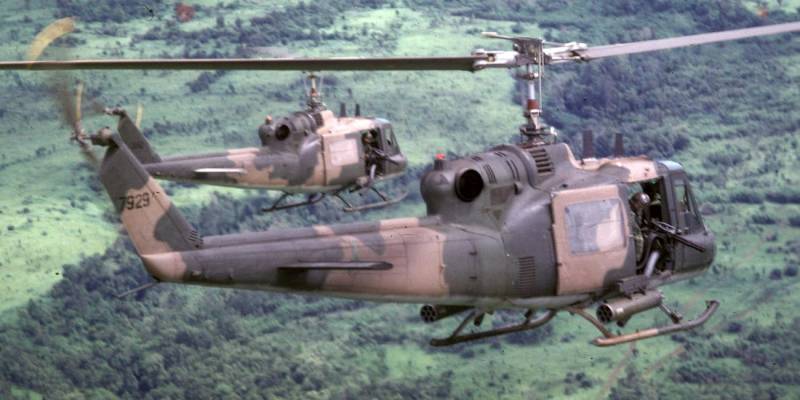 Fifty-four years ago, a group of American and indigenous commandos fought for their very lives in a small, far away valley in one of the boldest special operations missions of the Vietnam War.

Codenamed Oscar-8, the target was the forward headquarters of the North Vietnamese Army’s 559th Transportation Group and its commander, Gen. Vo Bam, located alongside the Ho Chi Minh trail complex, which ran from North Vietnam to South Vietnam and passed through Laos and Cambodia.

It was a standard operating procedure for any commandos who went across the border never to carry anything that could identify them as U.S. servicemembers. Their weapons didn’t have serial numbers, and their uniforms didn’t have names or ranks.

SOG was composed primarily of Green Berets, Navy SEALs, Reconnaissance Marines, and Air Commandos. They advised and led local forces, from South Vietnamese SEALs to Montagnard tribesmen who had lived there for hundreds of years.

During the Vietnam War, about 3.2 million service members deployed to Southeast Asia in combat or support roles. Of them, 20,000 were Green Berets, and out of those, only 2,000 served in SOG, with only 400 to 600 running recon and direct-action missions across the fence.

Although only the best served in SOG, luck and constant vigilance were necessary to survive. Many seasoned operators died because their luck ran out or because they became complacent.

Oscar-8 was a bowl-shaped area in Laos, only about 11 miles from the U.S. Marine base at Khe Sahn in northern South Vietnam. The area was about 600 yards long and 2 miles wide and surrounded by thick jungle.

The mission was given to a “Hatchet Force,” a company-size element that specialized in large-scale raids and ambushes. It was composed of a few Special Forces operators and several dozen local Nung mercenary troops, totaling about 100 commandos.

Several B-52 Stratofortress bombers would work the target before the SOG commandos landed.

The Hatchet Force’s mission was to sweep the target area after the B-52 bombers had flattened it, do a battle damage assessment, kill any survivors and destroy any equipment, and capture or kill Giap. The plan was to insert at 7 a.m., one hour after the B-52 run, and be out by 3 p.m.

To support them, SOG headquarters put on standby several Air Force, Marine, and even Navy fixed- and rotary-wing squadrons.

As the sun began rising, nine B-52 bombers dropped 945 unguided high-explosive bombs, more than 236 tons of munitions, on the North Vietnamese headquarters and the adjoining positions.

Minutes after the B-52s finishing refurbishing the area, a forward air controller flying overhead spotted North Vietnamese troops coming out of the jungle and putting out the fires.

The enemy numbers continued to swell, and it quickly became clear to the seasoned SOG operators who were coordinating the fight from above that the North Vietnamese had largely managed to escape the onslaught from above.

Sgt. Maj. Billy Waugh, a legendary Special Forces operator and later a CIA paramilitary officer, radioed headquarters and advised aborting the inbound Hatchet Force, which was due to touch down 15 minutes after the last B-52 bomber had bombed the target. He was too late.

The first two CH-46 Sea Knight helicopters full of men were shot down, as were two UH-1 Huey gunships that were providing close air support. An H-34 chopper attempting a rescue was also shot down.

The SOG force was immediately pinned down and had to take shelter in the bomb craters that pockmarked the area. Only the Hatchet Force’s firepower saved them from being overrun by the vastly numerically superior enemy.

Meanwhile, a pair of F-4 Phantom jets came in low to cover the survivors, but they also took heavy anti-aircraft fire, and one fighter was shot down, the pilot going down with his plane.

A pair of A-1E Skyraiders then came in to provide close air support, but they too received overwhelming anti-aircraft fire, and one of them crashed.

There were about 45 SOG commandos taking cover inside two craters under heavy fire from the enemy on the ground. The American team leader requested napalm and cluster bombs to be dropped within 100 feet of their perimeter.

Meanwhile, another Hatchet Force was quickly assembled to act as a quick reaction force, while aircraft bound for North Vietnam on unrelated were redirected over Oscar-8 to keep the battered SOG commandos alive.

The North Vietnamese continued to fend off or shoot down any aircraft that tried to exfiltrate the SOG commandos, which prevented the quick-reaction force from inserting. But two days of concentrated air attacks against the NVA allowed the Hatchet Force to stay alive, and the commandos were eventually able to exfiltrate.

Twenty-three men from SOG and its supporting air units and about 50 of the indigenous fighters were wounded or killed, went missing, or were captured during the operation.

In addition, two CH-46 Sea Knight helicopters, one UH-1 gunship, one H-34 transport chopper, one F-4 Phantom jet, and one A-1E Skyraider were shot down.

During the fight, one seriously wounded American, Sgt. First Class Charles Wilklow, was captured by the North Vietnamese, who used him as bait for a rescue force for four days. Wilklow not only managed to survive his wounds but also escaped, getting picked up by a combat search and rescue chopper five days after the battle began.

Oscar-8 was a disaster for SOG. The Hatchet Force failed to achieve any of the mission’s goals, and if it weren’t for the sheer will and grit of the commandos and the aircrews, it would have been a lot worse.

Indeed, the operation highlights the dangers SOG operators faced on every mission. With the odds always against them, it’s miraculous that their successes outweighed their failures.