Pepsi Navy: When the Soviets traded warships for soft drinks - We Are The Mighty

Pepsi Navy: When the Soviets traded warships for soft drinks 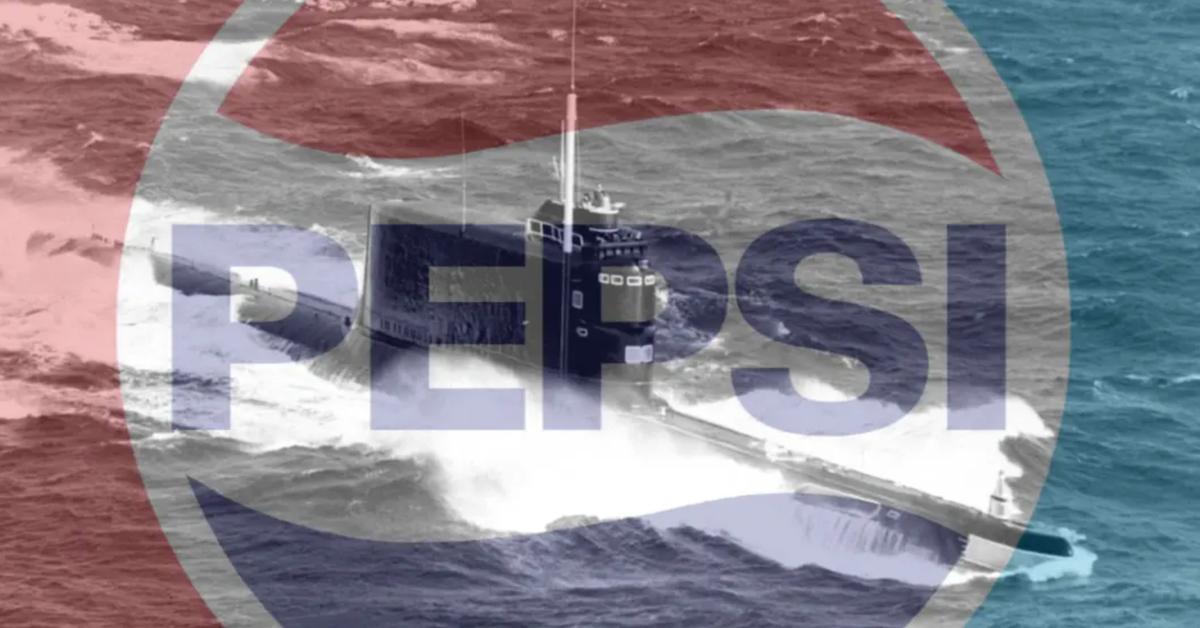 Just before the fall of the Soviet Union, the communist state was so desperate for Pepsi that they traded the American beverage company some 20 warships for a shipment of their sugary elixir; making the Pepsi Navy the sixth-largest in the world at the time.

In 1959, just two years after the first intercontinental ballistic missile (ICBM) test forced both the U.S. and Soviet Union to reassess their approach to nuclear deterrence, then-Vice President Richard Nixon and Soviet Premier Nikita Khrushchev both attended the American National Exhibition in Moscow’s Sokolniki Park. As the two men exchanged barbs about the efficacy of each nation’s respective economic model, Head of Pepsi International Donald Kendall decided to break the ice with a few small cups of their namesake soda.

As luck would have it, the Soviet Premier was immediately smitten by the sugary, carbonated drink, and a deal was struck for the Soviets to begin receiving shipments of the beverage. Pepsi had secured the first such agreement between a capitalist American company and the communist Soviet Union… but there was one serious problem. Soviet money was effectively useless outside of the nation’s borders.

But while the Soviets may have lacked hard currency, they did have something else to trade: vodka. So Pepsi and Khrushchev made a deal: Pepsi would provide shipments of soft drinks, and in return, the Soviet Union would provide vodka from their state-owned brand Stolichnaya, for resale in the United States.

For a bit less than a decade, the agreement between the Soviet Union and Pepsi stood without any issue, but in 1980, geopolitics soured the deal. The Soviet Union had invaded Afghanistan, and the American people responded by boycotting Soviet-sourced products, including the Stolichnaya vodka Pepsi was getting in trade for their soda. Within a few years, Stolichnaya sales had dropped enough for Pepsi to no longer consider the deal worthwhile.

But the Soviet Union’s love for America’s second-tier cola was too strong to let the deal lapse, and Soviet officials began looking for other ways to reimburse Pepsi for shipments of soda. By 1989, they had a solution. In exchange for Pepsi’s soft drinks, the Soviets offered them a veritable Navy. Pepsi agreed to the deal, taking possession of a Soviet cruiser, a frigate, a destroyer, 17 submarines, and a handful of oil tankers — instantly making the drink distributor the owner of the sixth-largest navy on the planet.

But despite that significant bragging point, the newly established Pepsi navy was far from battle-ready. The fleet of submarines was in a terrible state of disrepair, with many listing to one side and nearly all of them showing signs of serious rust. The surface ships in Pepsi’s new navy weren’t in much better shape, with perhaps only one that was truly seaworthy and at least one other that required constant pumping to keep it afloat.

Nonetheless, the United States government wasn’t particularly pleased to see a corporation suddenly command enough naval firepower to square off with some entire nations. Pepsi’s CEO, Donald Kendall, who had first introduced Khrushchev to the beverage, responded to America’s complaints with all the aplomb one might expect from the admiral of Pepsi’s navy, reminding the Pentagon that he had just managed to reduce the number of ships at the Soviet’s disposal by a considerable number.

“I’m dismantling the Soviet Union faster than you are.”

Of course, his comment may also have had something to do with the Soviet people’s love for his capitalist product. A number of things ultimately led to the downfall of the Soviet Union, including Ronald Reagan’s efforts to spend the communist regime into oblivion and later, Mikhail Gorbachev’s “Glasnost” policy of more open governing… but it’s tough to dispute the effect products like Pepsi had on the Soviet populous.

Shortly after taking possession of the Pepsi navy, the soda brand sold all twenty warships to a Swedish scrap-recycling company in order to recoup the cost of their Pepsi shipment.