Watch: What's the right order for the Colors? - We Are The Mighty

Watch: What’s the right order for the Colors? 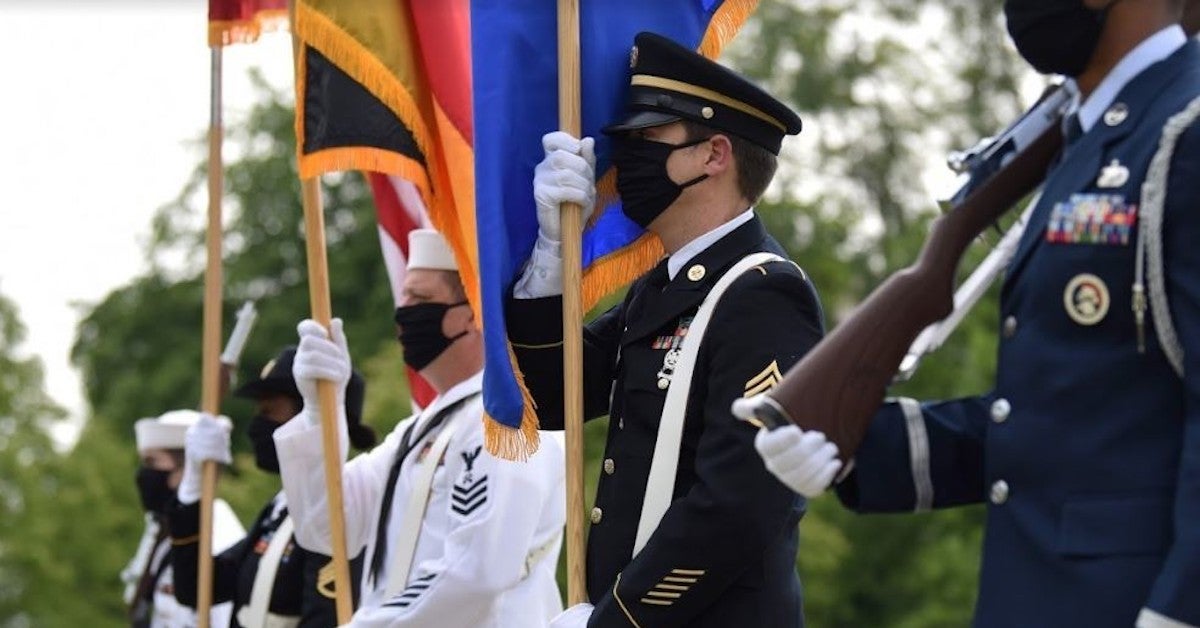 Ever wonder what’s the right order for the Colors in a Color Guard? Well, it’s not as simple as you might think.

First, a bit of history

If you learned in school that Betsy Ross was the first person to sew our American flag, you learned wrong. The truth is that no one knows the actual origins of the first American flag. Some historians think a New Jersey Congressman named Francis Hopkinson designed the flag but there are others who aren’t so sure. Unfortunately, the truth is lost to history.

William Driver, a sea captain from Massachusetts, christened Betsy Ross’ flag “Old Glory.” Driver’s nickname has managed to stick for all these years and his flag has endured some pretty fierce battles. There were multiple attempts to deface it during the Civil War. Driver’s flag is on display at the National Museum of American History in Washington, DC.

Also on display is the garrison flag of 1814 that survived the 25-hour shelling of Fort McHenry in Baltimore. That flag is the very same that inspired Francis Scott Key to compose what would later become our National Anthem.

So what’s the right order for the Colors?

If you guessed that the right order for a Color Guard is based on when the service branch was established, you’re half right! Here’s where it gets a little tricky.

But what about the POW/MIA flag? Or state flags? And where’s the Space Force flag going to go?

Most often, the precedence is on the order of importance, so a POW/MIA flag would be next to the American flag, followed by a state flag.

Wait a minute – the Coast Guard was founded before the Air Force. Why is it last?

The short answer is because the Coast Guard has never been considered part of the “Big Four” military branches. Sorry, guys.