The Charlie Ration Cookbook: How Tabasco hot sauce became a US Military staple - We Are The Mighty

The Charlie Ration Cookbook: How Tabasco hot sauce became a US Military staple 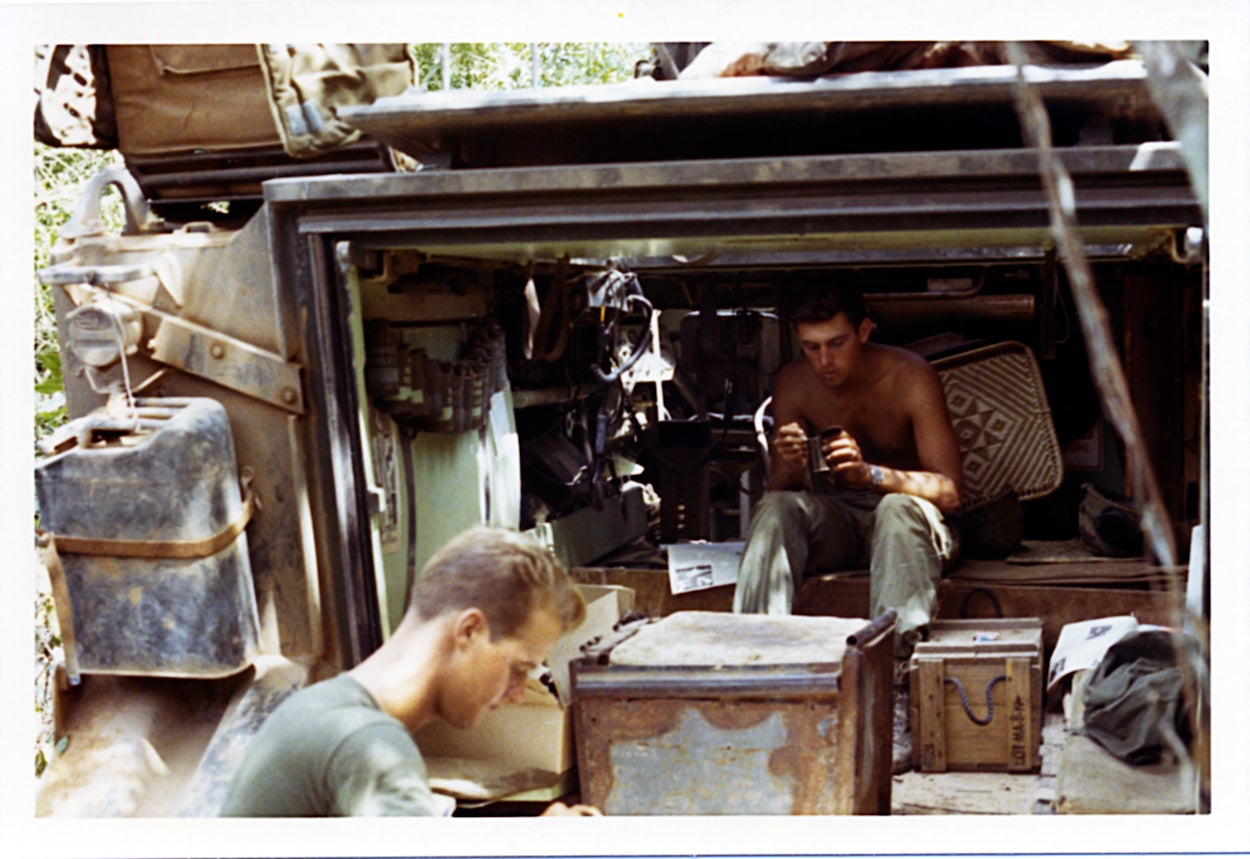 Brig. Gen. Walter McIlhenny is one of the greatest US Marine Corps war heroes that you’ve never heard of. The World War II officer of the 1st Marine Division received the Navy Cross, the Silver Star, and two Purple Hearts during the Guadalcanal campaign. After an intense battle, he even captured the same Japanese sword he’d been struck in the helmet with. But “Tabasco Mac” is most remembered as the driving force behind bringing tiny bottles of Tabasco hot sauce to every American GI’s C rations during the Vietnam War.

In 1949, the Marine took the reins of his family’s McIlhenny Co., producer of the world-famous Tabasco red pepper hot sauce, and remained in charge until his death in 1985. The spicy empire was the brainchild of his great-grandfather, Edmund A. McIlhenny, an amateur gardener and banker. When Edmund McIlhenny returned to his home on Avery Island in the Louisiana bayou country following the American Civil War, he discovered his crops of capsicum peppers had survived. He took three basic ingredients — peppers, salt from the island’s salt mines, and vinegar — and aged them together for 30 days to create the special potion that has been admired for generations.

McIlhenny’s red hot pepper sauce was first bottled into discarded cologne containers and referenced informally in conversation as “That Famous Sauce Mr. McIlhenny Makes.” His first commercial pepper crop emerged in 1868, and he sent 658 bottles at $1 apiece to grocery stores around the Gulf Coast, mainly in New Orleans. Two years later, McIlhenny secured a patent for Tabasco red pepper sauce — named in honor of the Mexican state where the peppers were sourced — and added a sprinkler fitment to ensure the concentrated sauce was sprinkled and not poured.

Walter McIlhenny, the World War II Marine general, received several handwritten letters mailed from American GIs in Vietnam requesting tasty recipes. His great-grandfather’s original resolve to add flavor to the boring and monotonous diets of those in the Reconstruction South inspired him to do the same with ground troops’ C rations. The obligation to produce a fun and easy-to-follow guide led to the 1966 publication of The Charlie Ration Cookbook, or No Food Is Too Good for the Man Up Front.

The camouflaged cookbook with cartoon illustrations and clever recipes inside was wrapped around a 2-ounce bottle of Tabasco and placed in a waterproof container to be shipped overseas to Vietnam. Some of the more popular and humorous recipes included Fox Hole Dinner for Two (Turkey and Chicken Poulette), Cease Fire Casserole, and Fish with Frontline Stuffing.

The recipes spoke to the grunts and were a reminder of home. “The casserole can be elegant, but as most men know, women often use it as a camouflage for a hasty meal after a long bridge game,” reads the recipe for Tin Can Casserole. “Here’s a recipe to put the Old Lady’s Bridge Casserole to shame.” The Breast of Chicken Under Bullets recipe suggests “breast of chicken under glass was never intended for areas where glass and shrapnel fly.”

George Creighton, a veteran of two tours in Vietnam, put Tabasco on everything. “The rations get boring and you just need something to liven them up and Tabasco does that,” Creighton told the Baltimore Sun in 2003. He added Tabasco to his beef, to his peas, and to his spaghetti. A favorite, according to Creighton, was a mixture of water buffalo meat with C rations — “like a mulligan stew with rice and put in Tabasco sauce and add flavor to the whole mix.”

Tabasco continued the tradition into the 1980s and through Operation Desert Storm and published The Unofficial MRE Recipe Booklet providing creative alternatives for soldiers looking to please their palates. The innovative American family also collaborated with comic strip writer Mort Walker to illustrate it with the famous Beetle Bailey characters. Inside McIlhenny’s second cookbook he promised “Meals, Ready-to-Excite” with recipes of Paratrooper Pork and Beans, 40 MM Beanwiches, Chopper Chipped Beef in Cream Gravy, Ham Grenades, and Victory Pot Pie. The cookbook kept with tradition from Vietnam and came in a Tabasco quick-draw camouflaged holster with a 2-ounce bottle of Tabasco sauce.

The most famous hot sauce brand in the world is synonymous with flavorful and fun experiences for American service members from Vietnam to present day. “It’s a little touch of home in far-flung places,” said Paul McIlhenny, who was president of Tabasco from 1998 to 2012. “We want to defend the world against bland food, wherever it may be.” Thanks to Tabasco, and with help from the Charlie Ration Cookbook, GI Joe has gone gourmet.