These are the 4 strangest military units in history 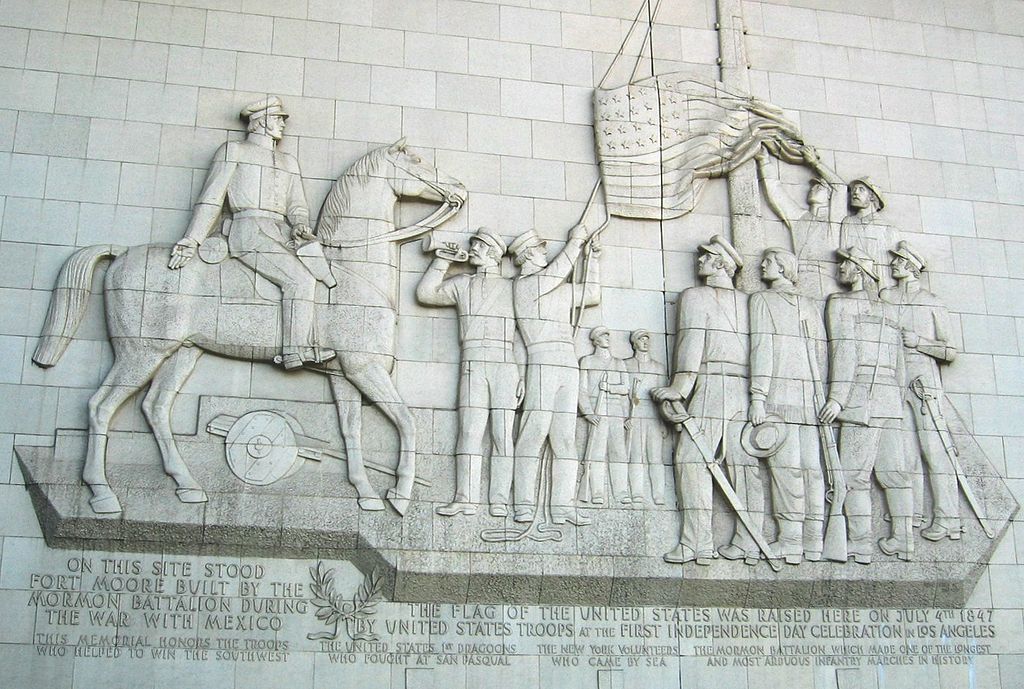 When it comes to the U.S. government, it’s often rare that we’re surprised. We’ve learned about theatrical units that used inflatable tanks and recordings of explosions. Live singing performances to combat the risk of holiday time suicides, a group of women pilots who were successful with barely any equipment, and desert soldiers who traveled by camel. As it turns out, America isn’t alone in its quest for unique military efforts, virtually any location with power has experimented in the unusual.

These efforts, however, just may trump them all. Take a look at these strange military units and how they came to be.

During the 18th century, Prussia was ruled by King Fredrick William the first. He governed proudly and often boasted about the strength of his military forces. Of course, they weren’t just figuratively large, they were quite literally large; he made it his obsession to obtain the largest soldiers possible.

They were so big that they earned the nickname, “The Potsdam Giants.” Height was more important than lineage, it seemed, as he recruited soldiers from other countries. Over time he had multiple soldiers over 7’ tall, and one Swedish soldier is said to have been more than 8’ in height.

The King would stop at nothing to obtain these giants, stealing them and hiring mercenaries to purchase them from other armies. He even drafted citizens who grew to be an impressive height. He went as far to encourage them to reproduce with tall women.

After the king’s death, his son disbanded the unit and used the saved funds to support four additional units, including soldiers of all heights.

Stories have been passed down for generations about the Viking soldiers known as the berserkers, known for fighting with a “hysterical, wild-eyed fury.” Without armor of any kind, these warriors intimidated with their erratic behavior and seeming lack of fear. They stole, raided camps and homes, raped, and killed as quickly and wildly as possible. They were so wild-eyed and enraged that the story says some even transformed into beasts, turning on their friends just to satisfy their craving for chaos and blood.

The question isn’t whether or not these berserkers were dangerous in battle, however, it’s how they got into such a mindset of wildness. Some say it was a connection to a secret cult. Others believe it was a trance, or that they were either drunk on alcohol or hallucinogenic mushrooms.

During World War II, a special group of people were put together: The Monuments Men. Their task was to preserve arts and culture of Europe from being destroyed in the war. The group was handpicked from prestigious scholars, historians and museum curators. Their job was to work with military high-ups to help plan battles around historically important buildings, even venturing to the front lines to help plan out these missions.

The scholars created special maps, instructing pilots which areas and buildings to avoid during their bombings.

Toward the final years of the war, their mission shifted to researching the location of important paintings and other art that had been stolen by Nazi forces. The Monuments Men located thousands of statues and arts that had been stashed among castles and salt mines. They worked to trace the items’ history and reunite them with their rightful owner.

In subsequent years, the Monuments Men helped plan restoration efforts toward important buildings that had been hit, prior to their involvement.

In the mid-1800s, there was an entire battalion created of Latter-Day Saints when an agreement arose between the U.S. military and Brigham Young’s church leaders. The agreement created a battalion of religious soldiers, albeit each side went into the deal for different reasons.

While the Latter-Day Saints saw it as a way to leave and relocate to the American West (not to mention while being paid and gaining equipment), President Polk simply wanted to gain an ally through a large population of Americans.

The unit consisted of 500 men, which became one of the most well-traveled units traveling by foot. They marched out of Iowa, through Arizona and into Southern California. In doing so, they crossed large portions of occupied and dangerous land, controlled by Native Americans.

After a year in service, it was disbanded and the soldiers rejoined their families in Utah.