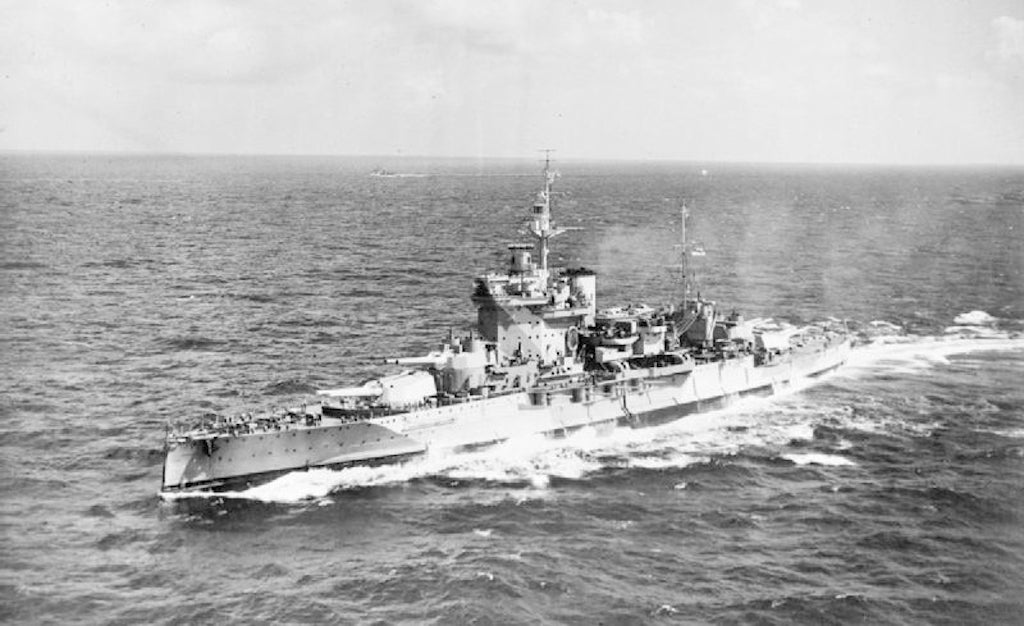 People might be onto something when they say things like, “They don’t make ‘em like they used to.” Today, modern Arleigh-Burke-class destroyers have an expected service life of around 35 years. That’s pretty great, all things considered, but the Arleigh-Burke destroyers didn’t have to survive two world wars.

One battleship, built by the United Kingdom’s Royal Navy was first launched in 1913, served in World War I, survived the interwar years, served through World War II, and was finally stricken from the Royal Navy record in 1947.

That’s a real English stiff upper lip if there ever was one.

The HMS Warspite was a Queen Elizabeth-class battleship, built at a time when dreadnought-style capital ships were expected to be the future of naval warfare. It was expected to serve in a fast squadron and fire against enemy battle lines. It was fast and powerful and, as it proved later, could take quite a beating.

Warspite entered the Royal Navy while England and the rest of Europe was embroiled in World War I. By 1916, it joined the British Fleet and engaged with the German Kriegsmarine at the Battle of Jutland. Jutland would prove to be the largest engagement between the two navies of the entire war.

As the battle unfolded off the coast of Denmark, the Royal Navy and the German Empire fleet fought the only full-scale combat between battleships during World War I. Warspite drew her first blood during the battlecruiser action at Jutland, even as the German High Seas Fleet rained death on the British.

Although it was inconclusive and both sides declared victory, it was the last time a major naval battle was fought between battleships. Warspite was hit 15 times during the fighting and took heavy damage, but it could still sail. At the war’s end, Warspite joined the 5th Battle Fleet to escort the German Navy to Scapa Flow, during the signing of the armistice.

During the interwar years, it underwent a massive refitting. Its armor, propulsion, and armaments were all improved and it was given the ability to carry seaplanes, as naval military thought was turning toward the supremacy of naval aviation to replace battleships. It spent the majority of this time afloat in the Mediterranean Sea.

When war broke out in Europe once again, Warspite was recalled to join the Home Fleet. It fought the German invasion of Norway, firing on the enemy in the Second Battle of Narvik. It then moved back to the Mediterranean, where it fought the Italian Regia Marina when Italy entered the war in June 1940.

While fighting the Italians, Warspite scored the longest-range direct hit of a moving target ever, hitting the Italian battleship Giulio Cesare and detonating inside its rear funnel, nearly disabling it. The Warspite also fought at Taranto, Crete, and Cape Matapan.

After a brief stint in the Indian Ocean, Warspite sailed to Italy again to support the invasion of Salerno. While there, a massive hole was blown in the ship by enemy naval fire. The crew simply filled in the hole with concrete and removed any wreckage. It then came home to support the Allied invasion of Normandy.

At 0500 hours on June 6, 1944, Warspite fired the first shots of the invasion. When the war in Europe was over, it returned home having lived up to its motto: “I Despise the Hard Knocks of War.” Warspite was finally decommissioned in 1945 after nearly 30 years of combat service.