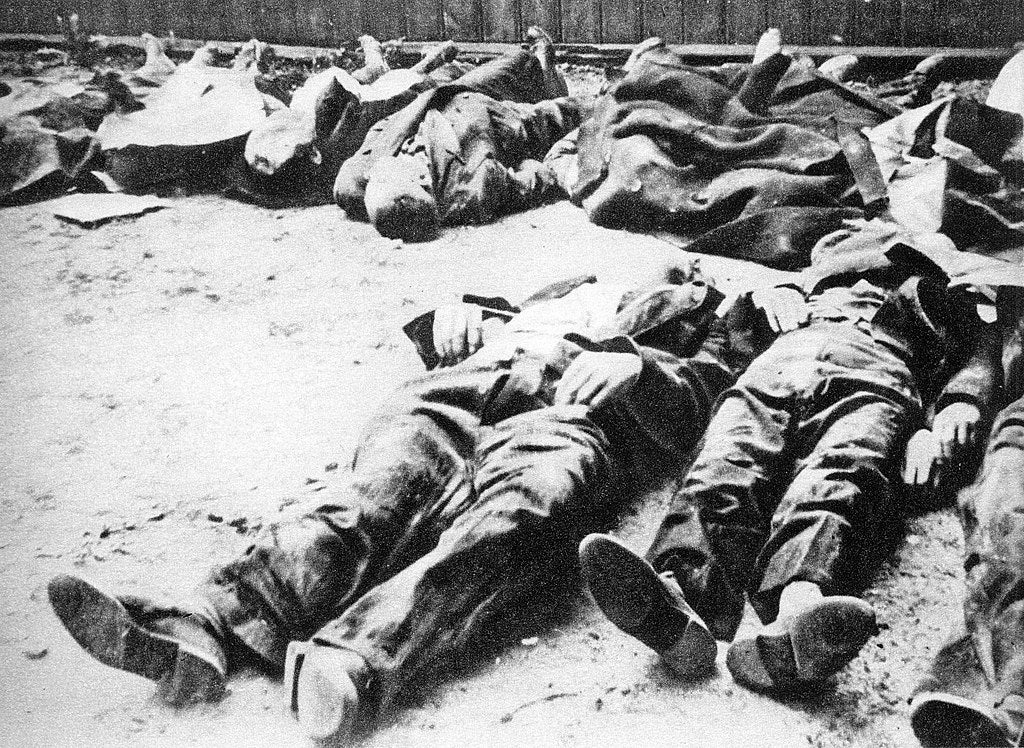 During World War II, the Germans – especially their piece of trash leader – wanted a unit that would be willing to do what no other military unit would. Specifically, Hitler wanted a group that would terrify and subdue unruly civilian populations. So the SS created a unit comprised of criminals that would not only fight dirty, they would occupy dirty.

The SS created the Dirlewanger Brigade, named for its commander Oskar Dirlewanger, recruited convicted criminals specifically for counterinsurgency operations and fighting partisan movements in Easten Europe. The Dirlewanger Brigade wasn’t out to win hearts and minds, however, they were out to terrorize the populace.

The men of the Dirlewanger Brigade weren’t the kind of “criminals” the Nazis sent to its concentration camps. They were hardened criminals and expected to be sent into situations that no other military unit would be expected to go. Since they were not expected to survive the war, the SS and the German High Command considered them expendable – and they knew it.

As a result, they committed some of the worst atrocities of the Second World War. The extrajudicial killings and war crimes committed by the Dirlewanger Brigade  caused even the SS to complain about it to the highest levels of the Nazi regime. Its commander, Oskar Dirlewanger, was removed from command a handful of times but was always sent back to duty because he had the tacit support of the highest-ranking officials in Berlin.

Dirlewanger himself was a convicted criminal, known to be a violent alcoholic who enjoyed killing regardless of who was being killed. This led him to join the Prussian Army at an early age, to fight in World War I, the Spanish Civil War, and even got him booted from the Nazi Party in its earliest days.

You have to be a pretty sadistic and brutal monster to get booted from the Nazi party and have the SS complain about you.

When Dirlewanger was convicted of sexual assault before the war, he spent time in a concentration camp. When the war broke out, he used his contacts in the party to get a command in the SS. His job would be to train a group of convicts to hunt partisans in Eastern Europe. He was much too successful.

Originally, the unit was supposed to be composed of convicted poachers, but when they rose in ranks to training NCOs, the SS began recruiting hardened criminals as well as criminally insane prisoners. The end result was exactly what one might expect from a government-sanction group of well-armed criminals.

In Poland, the brigade was responsible for mass killings, beatings, rapes, burglary and corruption wherever they went. It got so bad the command transferred the unit to Belarus, where they hunted partisans, their actual mission. When they found enough enemies, the Dirlewangers ushered them into barns and set it on fire. Wherever the Direlanger Brigade went, it was responsible for heinous war crimes. They killed 100,000 civilians in Warsaw in 1944 and killed masses of civilians in an effort to end resistance in Czechoslovakia.

By the end of the war, like other SS units, the Soviet Red Army closed in on them and those who didn’t die at the hands of the USSR eventually deserted, trying to surrender to the Americans or other Allied forces. Dirlewanger himself was wounded defending Berlin and was later captured by the French.

Those who didn’t desert were wiped out by the Soviets. Dirlewanger died in French custody, assumed to have been murdered by Polish soldiers assigned to watch over him. The last commander of the unit was hanged by his own men, proving the old adage: you reap what you sow.