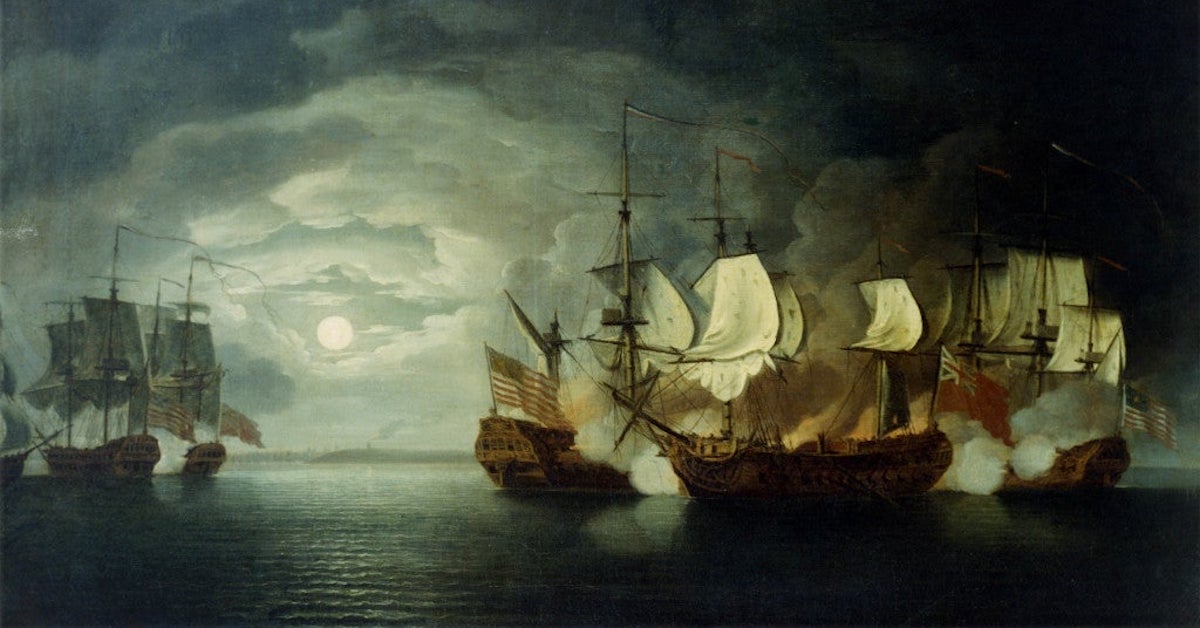 US Naval History and Heritage Command.

Congress authorized the purchase of two vessels, the Andrew Doria and the Cabot, to be armed against the Royal Navy. The first ships commissioned were the 24-gun frigates USS Alfred and Columbus as well as the schooners the Hornet, the Wasp and the Fly.

John Paul Jones, dubbed “the father of the American Navy” as a result of his decisive victories from 1776 to 1779 and how he laid the groundwork for the American Navy, began his American naval career with service as first mate aboard the Alfred. Soon he was promoted to commander of the Providence, where he was ordered to attack the British in European waters. He had a number of successful cruises, including one where he captured 16 British ships as prizes. After commanding the Providence, Ranger, and the Alfred, he got his own 40-gun ship, the Bonhomme Richard, which would make history during the war for independence.

In 1779, Jones fought an epic battle against the British. From his flagship, he led three more American ships against the HMS Serapis and the HMS Countess of Scarborough.

Most of the action took place on the flagships after the Bonhomme Richard rammed the Serapis and they became locked together. Jones’ Marines fired on the British decks for hours, clearing them as cannon crews in both ships fired on each other from point blank range.

When the British commander offered Jones the chance to surrender the heavily damaged and sinking Bonhomme Richard, Jones yelled out, “I have not yet begun to fight!” Jones and his men continued to battle the British, ultimately defeating them after a grenade thrown from the Bonhomme Richard detonated a store of powder, killing 20 British instantly and wounding many more.

The Continental Navy successfully harassed British vessels and even scored a few naval victories against the king’s warships, but the force was disbanded after the Revolution. In 1798, the young American government would create the federal Department of the Navy, which we know and love today.