Today in military history: German sub is captured with Enigma machine onboard - We Are The Mighty

Today in military history: German sub is captured with Enigma machine onboard 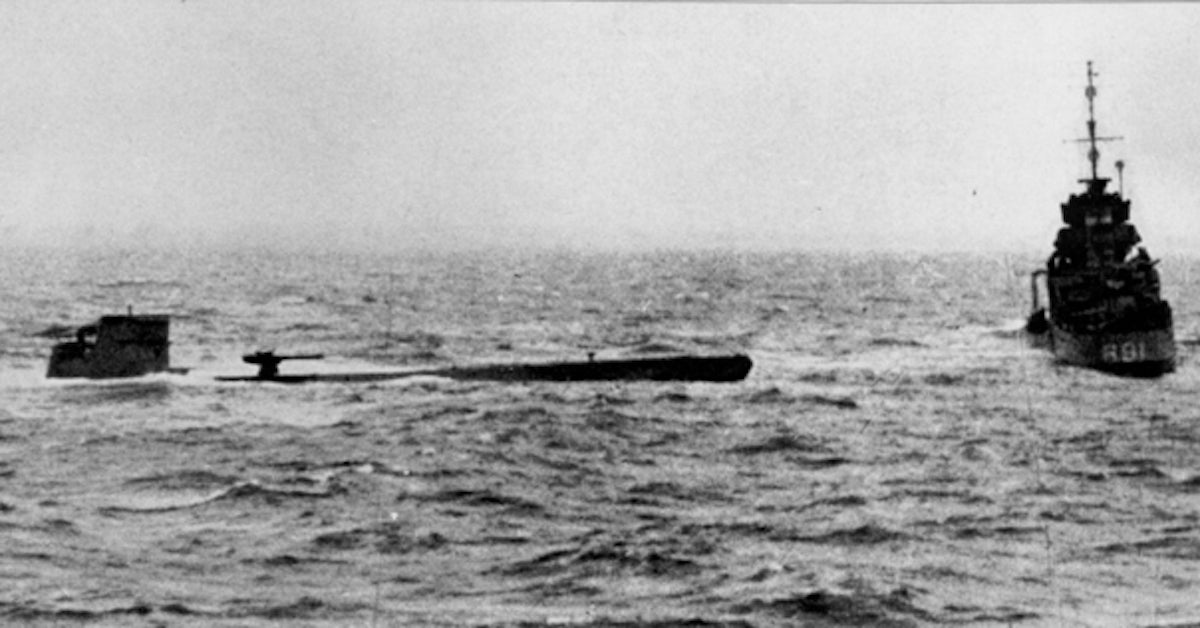 On May 9, 1941, the German U-boat U-110 was captured by the Royal Navy, and with it, a number of German cipher documents and an intact Enigma machine.

The Enigma was a brilliant piece of German enciphering machinery that allowed their military to send messages securely. The Germans were so efficient with Enigma that they even had a method for changing the cipher system daily. The device was exceptionally sophisticated, mechanically scrambling the 26 letters of the alphabet based on the daily cipher code. In order to decrypt an Enigma-encoded message, one would need both a machine and the daily cipher.

Later named “Operation Primrose,” the U-boats’ capture remained a secret for months while codebreakers at Bletchley Park got to work. Using the documents on board, they were able to crack a hand-cipher system that was used as a backup to Enigma. In other words, they had access to German messages in plain text and in cipher text, which allowed them to decrypt future messages.

Codebreakers at Bletchley Park, including the now-famous Alan Turing and fellow code-breaker Gordon Welchman, were able to use critical intelligence like that obtained from U-110 to invent a machine known as the Bombe, which automated much of the Enigma decryption work.

With this information, the Allies were able to strategically respond to Enigma-encrypted messages and deliver decisive blows to the Nazi war force.

The work of Bletchley Park, including Turing’s role there in cracking the Enigma code, remained classified until the 1970s, but it has been estimated that the work of the code-breakers shortened the war by several years and saved countless lives.