Today in military history: US evacuates Saigon - We Are The Mighty 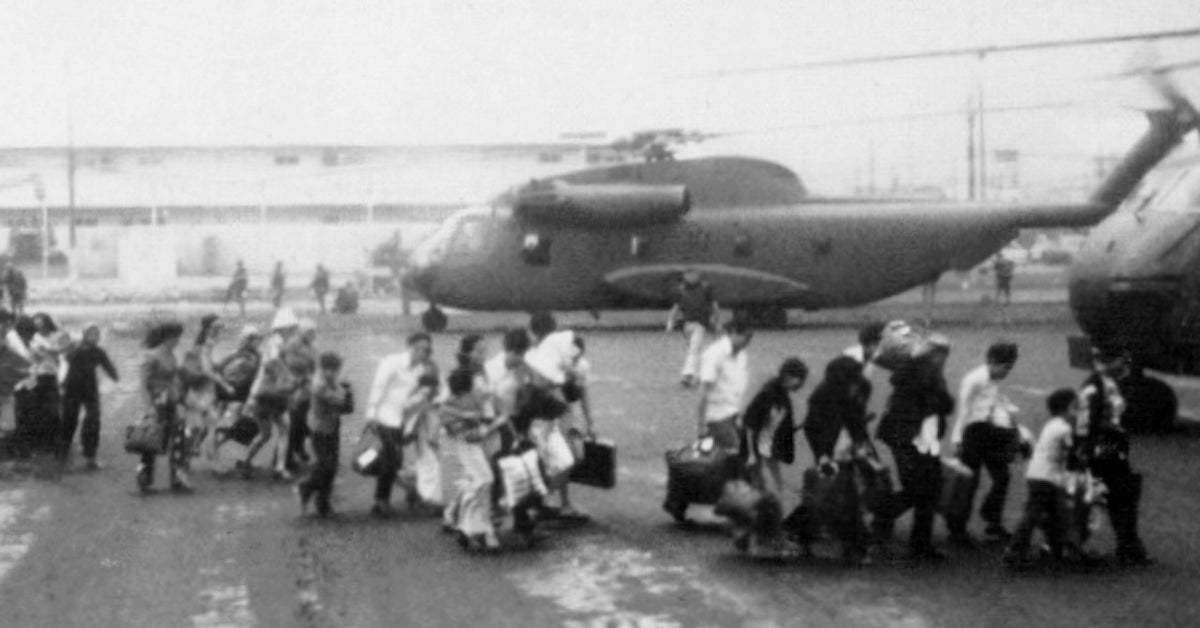 After the orders came through, armed forces radio began playing Bing Crosby’s “White Christmas” to signal that the evacuation was underway.

Nearly 100 helicopters were deployed from aircraft carriers to airlift approximately 7 thousand men, women, and children out of harm’s way in under 24 hours.

The heroic pilots swarmed in and landed on confined rooftops, enclosed courtyards, and other various spaces loading countless people into the already cramped cargo areas to shuttle them to nearby Navy ships as Vietnamese forces stormed towards the city.

So many helicopters landed on the decks of the nearby U.S. Navy aircraft carriers that empty helicopters were pushed overboard to make room for incoming aircraft. Other pilots were told to drop their passengers off then ditch their helicopter in the sea and await rescue.

The U.S. Marines — who provided security for the evacs — were the last to fly out, just as the Embassy fell to the Communists, leaving nearly 400 evacuees remaining.

Operation Frequent Wind remains the largest helicopter evacuation on record. In 19 hours, a total of 1,373 Americans and 5,595 Vietnamese and third country nationals were rescued.