Today in military history: Battle of Alamance preludes Revolutionary War - We Are The Mighty 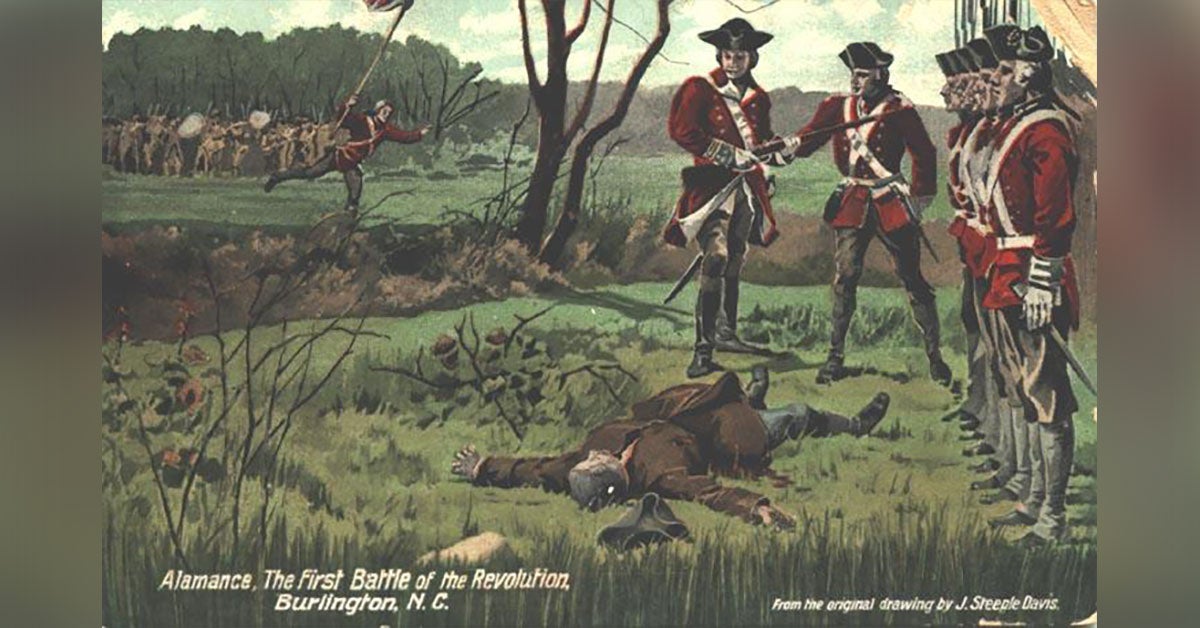 On May 16, 1771, the Battle of Alamance ended the War of the Regulation, a colonial war that some say was the start of the American Revolution.

By 1771, tensions were boiling in the colonies. A group of North Carolinian rebels calling themselves “the Regulators” began to openly fight against Crown officials they believed were corrupt. For decades, farmers had protested excessive fees and high taxes they were required to pay to local sheriffs and the colonial government. They demanded changes to the laws and began resisting and harassing local officials they deemed to be taking advantage of them.

On May 16, 1771, 2,000 Regulators met Royal Governor William Tyron and his 1,000-strong colonial militia at Alamance, in the western part of the colony. The Regulators demanded an audience with the Governor to discuss their differences; Tyron refused unless the Regulators agreed to disarm themselves.

Governor Tyron’s goal was to end what he saw as open rebellion and a refusal to obey local laws. After sending two warnings to the Regulator army to surrender, Tyron marched his force forward.

The Regulators had zero training, little ammunition, and no cannons. Their best hope was to fight as they’d seen Native Americans fighting: avoiding lines and formations and shooting from behind tree lines.

The battle lasted two hours. Tyron and the militia answered the Regulators’ bullets with cannon fire. The militia were organized while some of the Regulators were reported to have simply left the field of battle when they ran out of munition. Nonetheless, both sides suffered.

The casualty count for the Regulators is unknown but nine militiamen died on the field of battle and over sixty more were wounded. In the immediate aftermath, leaders amongst the Regulators were given ad hoc trials. Fourteen were tried, twelve were convicted, and seven were hanged for treason.

The rest were promised amnesty on the condition that they took an oath of allegiance. In the next two weeks, 6,409 complied.

But many say that this was the beginning of the Jeffersonian-thinking that “a government that exercises the least control over its people governs best,” hinting at the earth-changing war to come.