Today in military history: Desmond Doss rescues 75 casualties one-by-one at Okinawa - We Are The Mighty 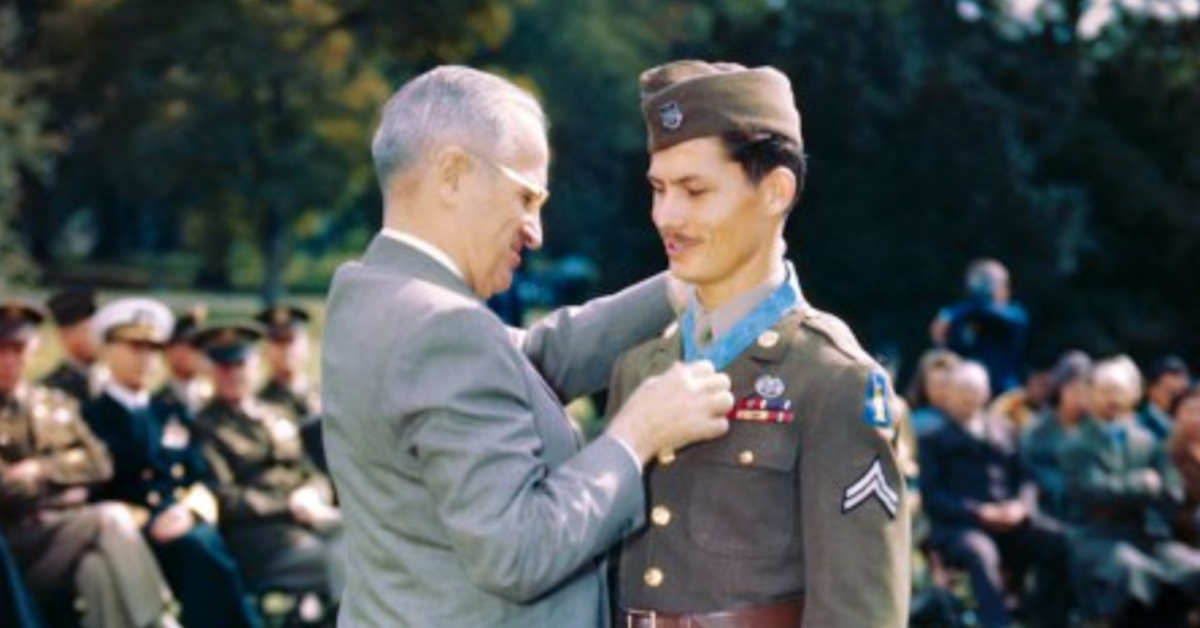 On May 5, 1945, U.S. Army corporal Desmond Doss saved 75 men at the battle of Okinawa…all without the use of a weapon.

Desmond Doss, the first conscientious objector in history to receive the Medal of Honor, went through a lot just to get the opportunity to serve his country. Since he refused to even touch a rifle, Doss had a tough time convincing his superiors to let him finish basic training, let alone ship off to war.

Let’s just say there are at least 75 men that were glad the Army let Doss join up.

When Pearl Harbor was attacked in 1941, Doss was working at the Newport News Naval shipyard where he could have remained, had he requested a deferment. Instead, the Seventh-day Adventist volunteered to join the Army. His fellow soldiers weren’t too keen on having a conscientious objector in their midst — he was bullied, harassed, given extra duties, and even threatened by the other men in his unit. He remained steadfast: he just wanted to serve God and his country (in that order).

Through his expertise, however, the combat medic began to earn their trust. He answered the cry for “medic” on the islands of Guam, Leyte, and Okinawa, ignoring the danger of mortar shells and weapon fire around him.

On May 5, 1945, at the Battle of Okinawa, while Doss’ unit was fiercely attempting to capture the Maeda Escarpment — a final barrier to an Allied invasion of Japan — of an imposing rock face known as Hacksaw Ridge, enemy forces surprised the American troops with a vicious counterattack. The troops were ordered to retreat — but only less than one third of the men made it back down to safety.

And one man defied orders completely.

Doss single-handedly charged into the firefight to rescue as many of his fellow soldiers as he could. His determination and courage resulted in at least 75 lives saved that day.

Featured Image: President Harry S. Truman warmly shook the hand of Corporal Desmond Thomas Doss, and then held it the entire time his Medal of Honor citation was read aloud to those gathered outside the White House on October 12, 1945. “I’m proud of you,” Truman said. “You really deserve this. I consider this a greater honor than being president.” (Image via Desmond Doss Council)