Today in military history: Israel declares independence - We Are The Mighty 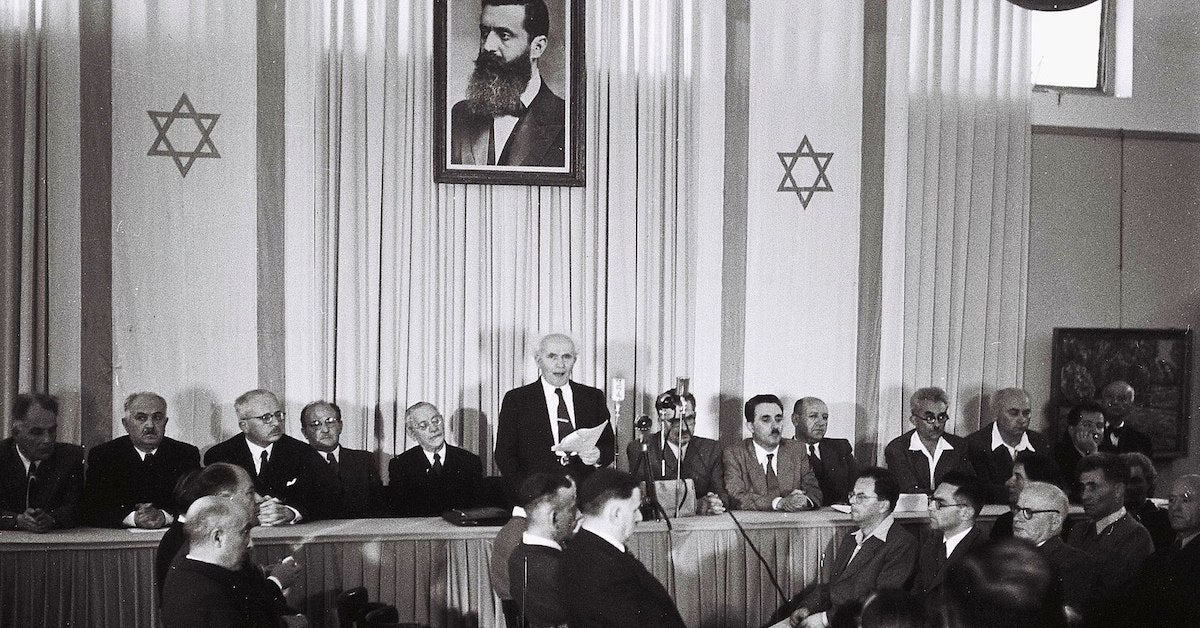 On May 14, 1948, Israel declared independence, triggering an invasion from neighboring Arab states.

After World War I, the British and French divided the former Ottoman Empire territory in the Middle East. Legitimized by the young League of Nations, the British controlled what was then called the Mandate of Palestine. The day the British left, Israel declared its statehood.

After World War II, the British told the United Nations they intended to leave Palestine on May 14, 1948. British rule in the area was practically nonexistent at this time, and the UN’s partition plan intended to divide the area between its Arab and Jewish residents could not be enforced.

After the British left Jerusalem for Haifa, the future Prime Minister of Israel, David Ben-Gurion, declared the Jewish State of Israel. Over the next few days, thousands of Lebanese, Syrian, Iraqi, Trans-Jordanian, and Egyptian troops poured over the borders to attack the young country.

Fighting raged until February 1949, when the UN brokered a ceasefire, ending the war, cementing Israel’s statehood, and starting decades of conflict and instability in the region.

Featured Image: David Ben-Gurion (First Prime Minister of Israel) publicly pronouncing the Declaration of the State of Israel, May 14 1948, Tel Aviv, Israel, beneath a large portrait of Theodor Herzl, founder of modern political Zionism, in the old Tel Aviv Museum of Art building on Rothshild St. The exhibit hall and the scroll, which was not yet finished, were prepared by Otte Wallish.