Today in military history: 3rd US Infantry troops enter Baghdad - We Are The Mighty 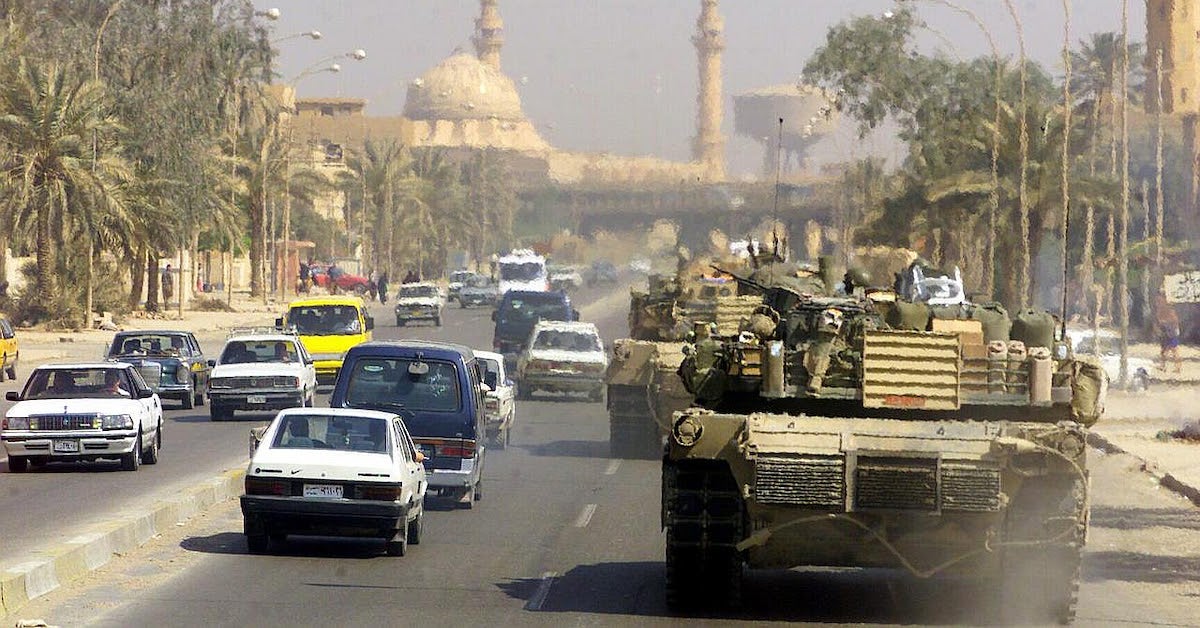 On April 5, 2003, on the 18th day of Operation Iraqi Freedom, the 3rd Infantry Division entered the city of Baghdad in a show of force that would leave hundreds of enemy soldiers dead and smoldering ruins of Iraqi vehicles and weaponry in their wake.

The 3rd Infantry Division, nicknamed “The Rock of the Marne” for its steadfast defense in the face of numerically superior enemy forces in France during World War I, was sent to the border of Iraq on March 20, 2003, and then served as the vanguard unit in the invasion of Iraq. Over the ensuing weeks, U.S. troops systematically dismantled the military of Iraq President Saddam Hussein in what is known as the Battle of Baghdad.

On April 3, the 3rd ID assaulted Baghdad International Airport as American forces prepared to seal off the city and make their final assault on Hussein’s last citadel, while Baghdad residents fled on foot or in packed cars.

On April 5, the historic division entered Baghdad through a series of coordinated attacks meant to “dismember the city zone by zone so that each of these zones [would fall] under the control of the U.S. Army,” according to CNN Correspondent Walter Rodgers. The footage of tanks and fighting vehicles entering the city were broadcast around the world.

Days later, coalition forces tore down an iconic statue of the Iraqi dictator and continued pushing their way into the city.

For the next few days, the men and women of the 3rd ID and other U.S. forces enacted a siege of the city and hunted down the military resistance. By April 9th, the coalition was occupying the city, instead of sieging it.

While the city had fallen, a war with a criminal insurgency was just beginning and would rage until the U.S. withdrawal in 2011.