Today in military history: Marines go ‘to the shores of Tripoli - We Are The Mighty

Today in military history: Marines go ‘to the shores of Tripoli 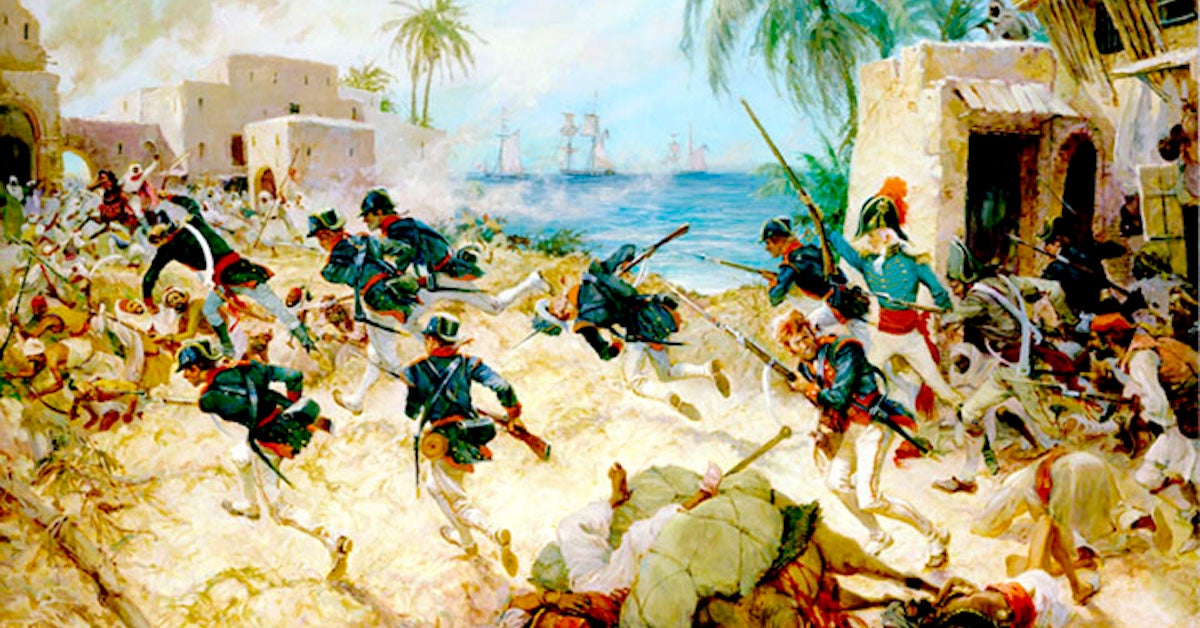 On April 27, 1805, the United States Marines went to the shores of Tripoli to take down some pirates.

For basically as long as it has been around, the United States Navy has had a pirate problem.

The United States Navy had been dealing with the piracy issue since independence had been achieved in 1776. American shipping had relied on British Naval protection, but following the Revolution, pirates began to see U.S. vessels as fair game.

The administrations of George Washington and John Adams had been paying tribute to the states on the “Barbary Coast” (what is now North Africa), who extorted the payments in exchange for not carrying out acts of piracy. Still, pirates harassed U.S. ships and often kidnapped sailors and their booty.

The First Barbary War officially began in 1801, when then-President Thomas Jefferson sent U.S. Navy vessels to the Mediterranean in protest of the raids.

Then in 1805, William Eaton, who had secured the sexy title of Naval Agent to the Barbary States secured permission to restore the deposed leader of Tripoli, Hamet Karamanli, to the throne. After recruiting over 400 mercenaries, Eaton and seven other Marines got the support of three naval warships and then made a 600-mile trek across the Libyan desert to the city of Derna.

Facing ten-to-one odds, Eaton and Marine First Lieutenant George O’Bannon led the Marines and mercenaries into battle, eventually taking the city after a bayonet charge. Two Americans and at least nine mercenaries died, but the far larger enemy force had been defeated. News of the defeat prompted the leader of Tripoli to seek a settlement with the United States rather than risk losing his throne.

The battle was one of America’s first overseas military operations and, of course, it remains an iconic event in Marine Corps history, notably marked by a line in the Marine Corps hymn.