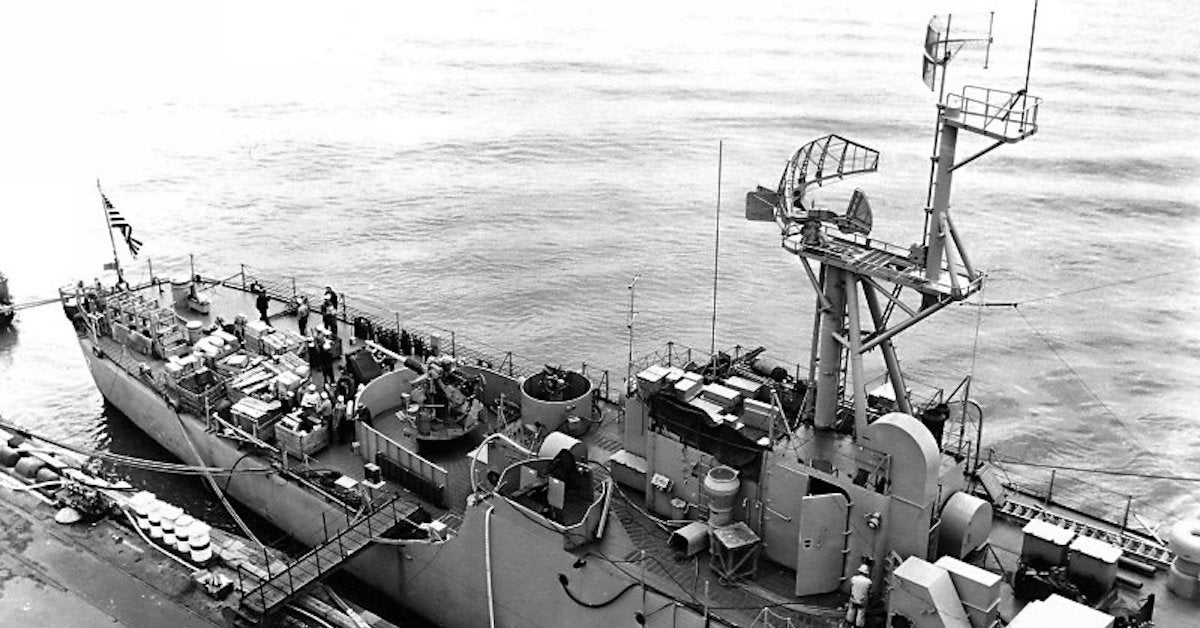 On April 16, 1944, the Coast Guard-manned destroyer USS Joyce sank a German U-boat off the coast of New York.

On the morning of April 16th, the USS Joyce — a US Navy destroyer manned by the Coast Guard — was escorting a convoy leaving New York harbor and bound for the United Kingdom. The North Atlantic was fertile hunting ground for German U-Boats, and large convoys were particularly tempting targets.

Just the previous month, the Joyce braved two U-Boat attacks to rescue survivors from the USS Leopold, which was torpedoed while investigating a radar contact. Little did they know, they were about to get their revenge.

That afternoon, the gasoline tanker SS Pan-Pennsylvania was torpedoed by the U-Boat U-550, and set aflame while joining the convoy.

With all hands on deck, the USS Joyce headed west along with the USS Petersen to support the damaged ship. They picked up 31 survivors, including the tanker’s captain. Then they went hunting.

At full speed, the pair of ships moved into position. The USS Joyce detected U-550’s sonar and deployed depth charges that bracketed the German submarine.

One bounced off the submarine’s deck before it exploded, damaging the enemy vessel and forcing it to resurface.

The nearby USS Gandy opened fire and rammed the surfaced U-Boat, then all three destroyers opened fire. The U-550 surrendered, but the crew scuttled her before she could be boarded and seized.

The Joyce rescued 13 survivors from the U-550, including the ship’s captain. The rest went down with the ship.