Today in military history: Treaty of Paris formally ends Revolutionary War - We Are The Mighty 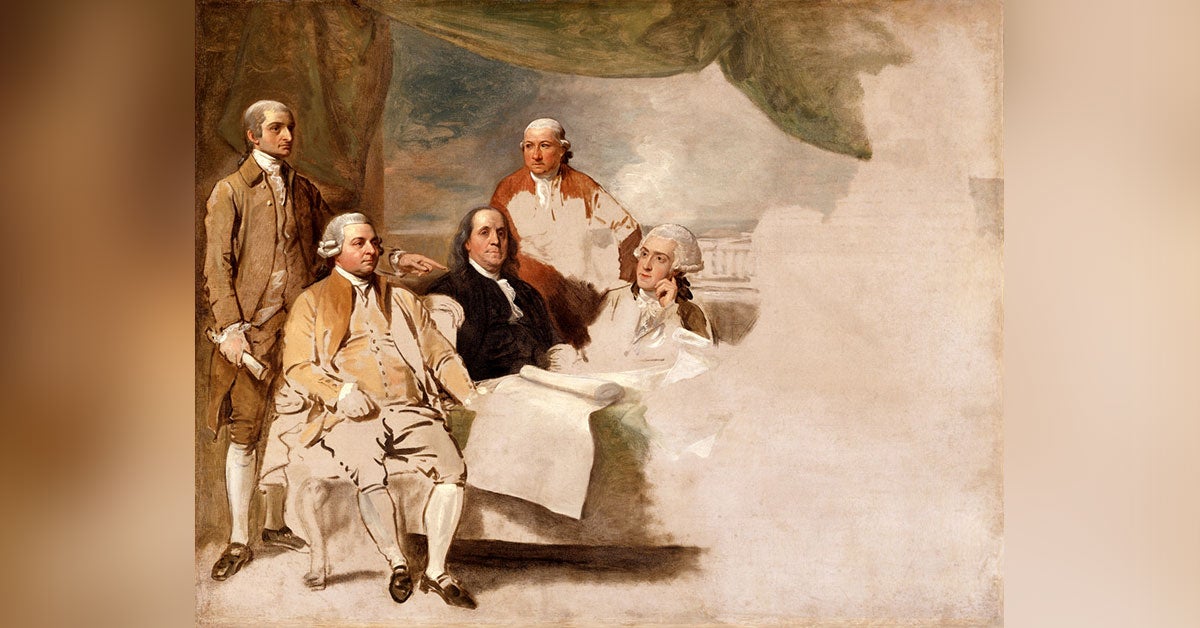 In May of 1783, the Treaty of Paris took effect, ending the Revolutionary War and securing American independence from Great Britain.

While fighting had ended in 1781, the Treaty of Paris would take some time to complete.

Negotiated between Benjamin Franklin, John Adams, and John Jay of the United States and representatives of King George III of Great Britain over the course of a year, the treaty acknowledged the United States to be free, sovereign, and independent states (that is, the thirteen states listed) and it established the new boundaries of U.S. territory.

(Thomas Jefferson and Henry Laurens were also appointed to the negotiating committee, however Jefferson was not able to leave the United States for the treaty and Laurens had been held prisoner in the Tower of London until the end of the war, leaving Franklin, Adams, and Jay as principal negotiators.)

While England wanted to end the expensive (and failing) war, they resisted recognizing the independence of their colonies. The American delegation would accept nothing less than formal recognition of their new and independent country.

The eight year war resulted in tens of thousands of deaths on both sides of the conflict, and while relations between the two countries would be tentative for the next century and a half, World War I would unite them in a special relationship that has been described as the “cornerstone of the modern, democratic world.”