Today in military history: U-2 spy plane is shot down - We Are The Mighty

Today in military history: U-2 spy plane is shot down 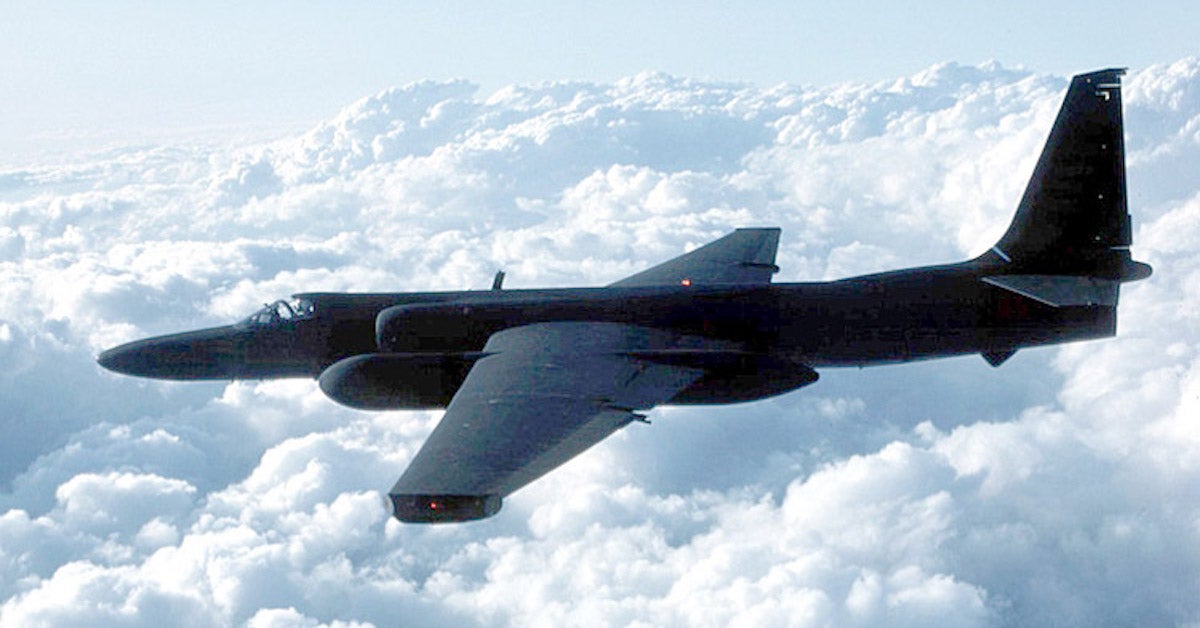 On May 1, 1960, a U-2 spy plane was shot down over the Soviet Union, sparking a diplomatic crisis.

Built by Lockheed and operated by the CIA, the single-jet U-2 reconnaissance spy plane took its first flight on Aug. 1, 1955. Nicknamed “Dragon Lady,” the U-2 was the highest-flying aircraft available, reaching heights of 70,000 feet. At 70,000 feet, “the pilot is more astronaut than aviator. In the cocoon-like, pressurised cockpit of the U-2, wrapped in a bulky pressure suit with a large spherical helmet, the pilot breathes 100% oxygen.”

While that was nearly double the altitude of the highest flying Soviet aircraft, Soviet radar could still track flight above 65,000 feet.

On May 1st, Francis Gary Powers, a former Air Force Captain and Korean war veteran, was flying a CIA reconnaissance mission over the Soviet Union when his U-2 was detected by Soviet Radar. Two aircraft, a MiG-19 and an unarmed Su-9, were launched to intercept. The MiG-19 couldn’t reach high-enough altitude to fire on the U-2. Meanwhile, the Su-9 was ordered to ram the spy plane, but failed due to differences in speed.

However, the Soviets also launched 14 surface-to-air missiles — and hit the plane. Powers was forced to eject; he was taken into custody and remained in the Soviet Union for next 21 months as the U.S. negotiated terms of his release.

Nearly twice as wide as she is long, the Dragon Lady still flies the skies today.  “We are not going away as a program and we are investing heavily to bring the U-2 into its new mission environment,” said Lockheed Martin U-2 program director Irene Helley. “In this new era there is no sunset date planned.”

Featured Image: The U-2 Dragon Lady is considered the leader among manned intelligence, surveillance and reconnaissance systems. An aircraft such as this collected images over the Gulf Coast region after Hurricanes Katrina and Rita. (U.S. Air Force photo)