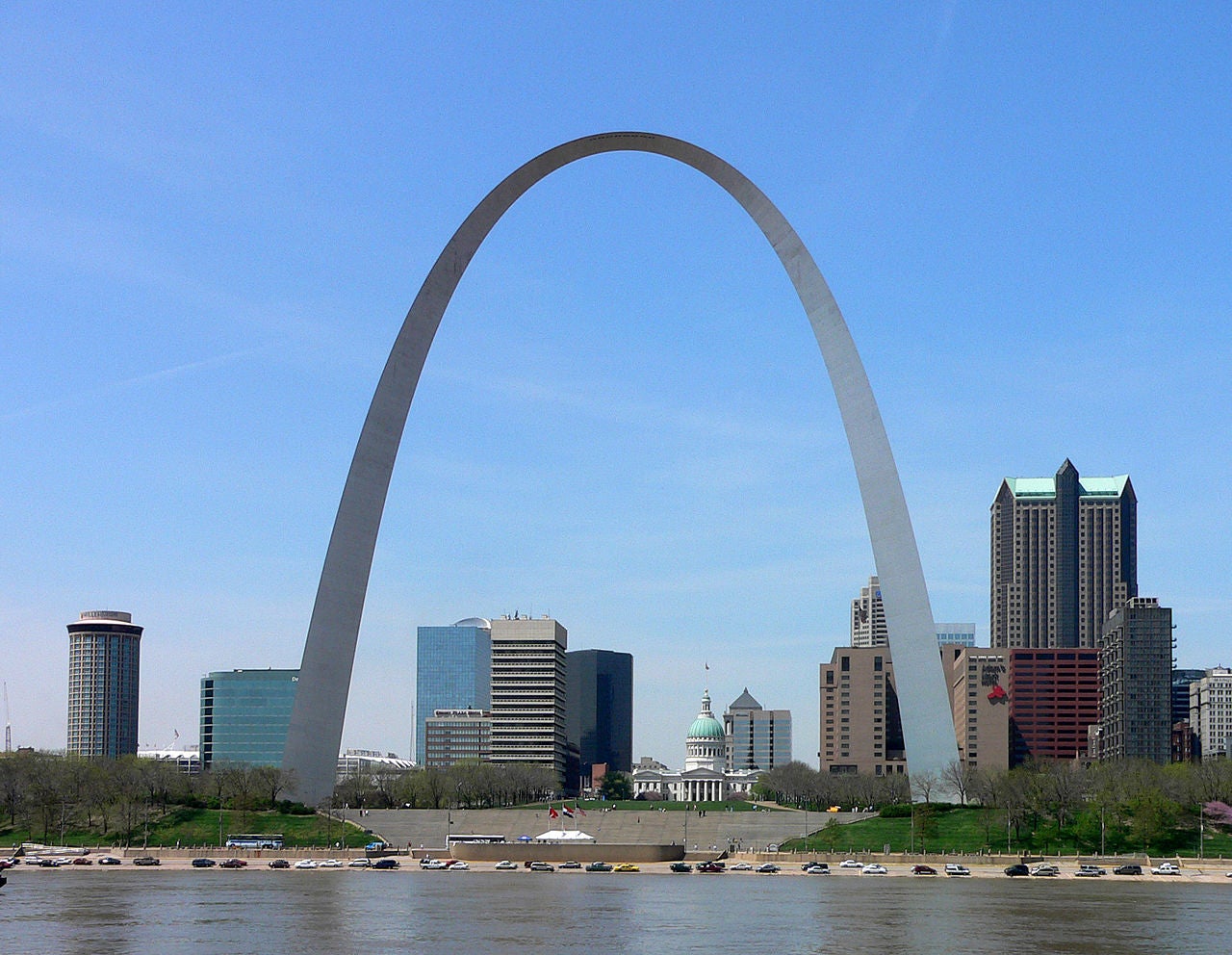 In 1967, a 77-year-old Dwight D. Eisenhower ascended to the top of the famed St. Louis Arch, the gateway to the West. It wasn’t a planned trip, but the former President decided to go visit it anyway. And he wanted to go to the top, something the Secret Service forbids Presidents, past and present, to do. But Ike was the one who signed off on the construction of the Arch in 1954 and besides – who was going to tell the Supreme Allied Commander “no?”

In case you were wondering about the answer to that question, it’s “no one.”

But he was the only one and even Eisenhower, a former President by the time he ascended to the highest peak of the 630-foot archway, had to do some sneaky work to be able to get to the top over the objections of his contingent of bodyguards. Eisenhower’s visit to the Gateway Arch came after hours, so there were no other tourists around, and it wasn’t a scheduled part of his itinerary, so potential assassins wouldn’t ever have known he would be there. He took the famed tramway up the arch over the objections of the Secret Service.

While Ike isn’t the only President to overrule the objections of the those who protect him, he’s the only one who forced his way up the St. Louis Arch. By the time he came to visit the city on the Mississippi River, two more Presidents had occupied the Oval Office after his tenure. It was a pretty safe bet.

Getting to the top is actually a pretty cleverly designed tram that is part elevator and part Ferris wheel. But the top of the arch is a very small, cramped space that doesn’t make for a lot of room to maneuver or for a lot of people to spend any significant amount of time. It also keeps people relatively close together, which is a problem for a protective unit trying to keep people out of arms reach of the world’s most powerful person.

Despite the cramped space, some 160 people can fit in the top of the arch, and a complete trip to the top takes about 45 minutes on average. That’s a lot of time, space, and opportunity to give a would-be threat.

But in reality, the Leader of the Free World is actually the one in charge, and they can do whatever they want, but the USSS really doesn’t want the President up in the Arch.