American spies who did the worst damage to the US military 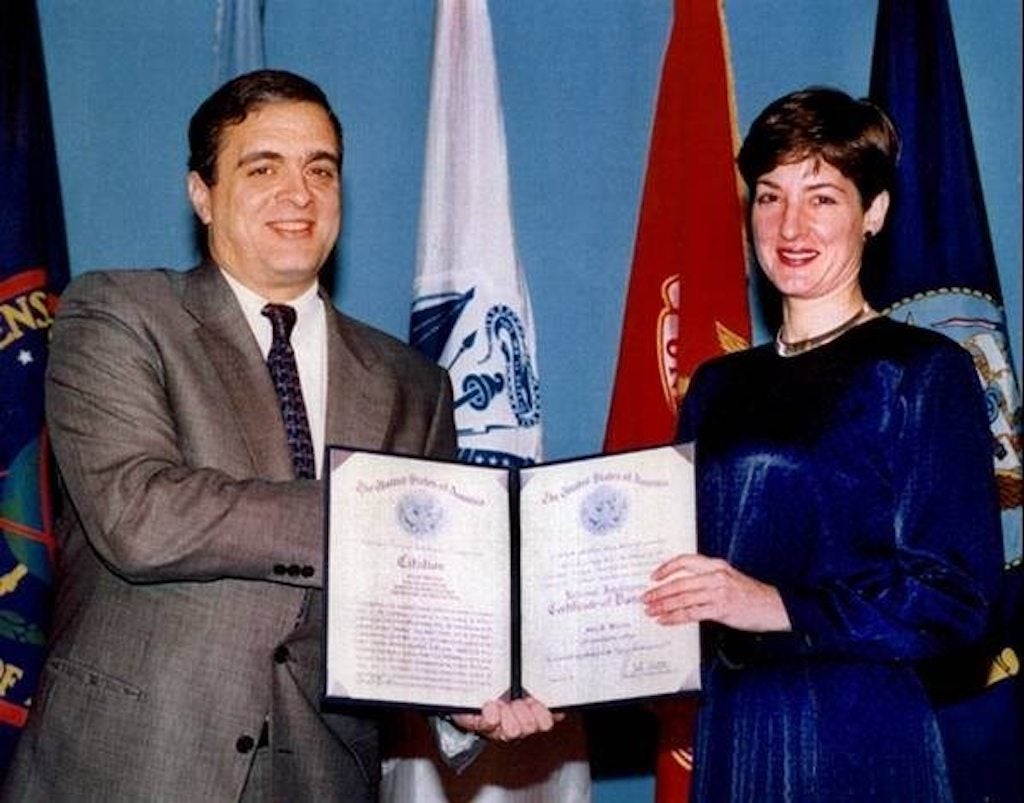 History has shown that all American spies are not created equal in terms of the damage their efforts have done to military readiness. Here are 11 of the worst:

Julius and Ethel Rosenberg were arrested in 1950 for espionage thought to date back to 1940. They were most famous for giving the Soviet Union atomic secrets, specifically the design for the plutonium bomb dropped on Nagasaki. The spy ring Julius operated was also responsible for giving the Soviets proximity fuses and radar tubes, two technologies key to effective air defenses which would have played a large part if the Cold War had ever turned hot.

Documents from the Venona Project have shown that Ethel may not have been involved. Her brother, who was caught before the Rosenbergs and testified against both of them, later said that Ethel was not part of the ring. Julius and Ethel were both executed in 1953 after a controversial trial. The trial was called a sham, especially the case against Ethel Rosenberg. It was so hotly contested, it soured America’s relationship with France.

Noshir Gowadia is an Indian-American who was an engineer on early stages of the B-2 Spirit stealth bomber. Though Gowadia was paid $45,000 for his work, he was angry that he wasn’t kept on the project for future phases that were worth much more money. Gowadia wrote to a relative about his dissatisfaction and started his own consulting company.

In 2005, federal investigators arrived at his Maui, Hawaii home to collect evidence that he had knowledge of an effort to help China develop stealth technology for their cruise missiles. Gowadia admitted to many of the accusations, though he claimed he had only used declassified materials. A jury disagreed, and he was sentenced to 32 years in prison, disappointing prosecutors who had sought life imprisonment.

China is too closed off to know for sure which stealth designs use information from Gowadia, but China now has a stealth fighter and multiple cruise missiles that are hard to detect on infrared.

Chi Mak’s activities are hard to get exact, since much of his espionage career is still unknown. The FBI began investigating him in 2004, and the case went to trial in 2007. Mak had worked on Navy engines as an engineer for a defense contractor and had collected sensitive information from other engineers before sending collections of it to China.

When the FBI raided Mak’s home, first in secret and later after arresting Mak and his wife, they found stacks and stacks of classified information relating to naval technology, much of it still going into new Navy ships. The exact nature of what was released has not been made public since the technologies are still classified.

Mak is serving a nearly 24-year, six-month prison sentence after his conviction in 2007. The other spies who worked with Mak plead guilty, receiving shorter prison sentences and deportation orders.

From 1984 to 2001, Ana Montes was slipping classified information to Cuba. Hers was a case of spycraft straight out of a novel. She’d don disguises to slip into Cuba, listen in South Florida to shortwave radio broadcasts from Cuba, and slip packages to handlers. And, she did all of it with two FBI siblings and another FBI agent as a sister-in-law. Ana’s sister was a hero of an FBI crackdown in southern Florida that netted other members of Ana’s spy ring, including her handler.

Montes operated by memorizing documents at her desk, first in the Department of Justice and later in the Defense Intelligence Agency, and then typing them on her personal computer at night. She received medals from both the U.S. and Cuba for her activities, though only Cuba gave her a contracted lover. Before she was caught, she had become a regular briefer for the Joint Chiefs of Staff and the National Security Council. When she was finally arrested, she was pending a promotion to the CIA Security Council. She is currently serving a 25-year sentence.

5. Robert Hanssen and Aldrich Ames dimed out every American spy they could name.

Though they’re combined on this list because their main damage to the U.S. military was in exposing an American spy in Soviet Russia, Robert Hanssen and Aldrich Ames were two of the most damaging spies in U.S. history. Ames only operated from 1985 to 1993, while Hanssen spied from 1979 to 2001.

Together, their leaks resulted in the exposure of hundreds of U.S. assets in the Soviet Union, but their most direct damage to the U.S. military was from exposing one high-level asset. Gen. Dmitri Polyakov was the head of Soviet intelligence and a major spy for the U.S., providing information on Soviet anti-armored missile technology, the Cuban Missile Crisis, and China. That fountain of military intelligence shut down when Polykav was revealed by Ames and Hanssen, leading to Polykav’s execution in 1988.

6. John Anthony Walker told the Russians where all the U.S. subs were during the Cold War.

John Walker was a Navy Warrant Officer who made some bad investments and found himself strapped for cash. So, in late 1967 he copied a document from the Atlantic Fleet Submarine Force Headquarters in Norfolk, Va. and carried it home. The next morning, he took it to the Soviet Embassy in Washington where he leaked it.

For the next 18 years, Walker would leak the locations and encryption codes for U.S. assets as well as operational plans and other documents. He even recruited his son into the operation and tried to recruit his daughter who served in the Army, but she was pregnant and separating from the service. There are even claims that the sinking of the nuclear armed USS Scorpion was due to Walker’s espionage.

Walker and his son were finally caught after Walker’s ex-wife told everything to the FBI. Former Secretary of Defense Caspar Weinberger said the Soviet Union gained, “access to weapons and sensor data and naval tactics, terrorist threats, and surface, submarine, and airborne training, readiness and tactics” as a result of Walker’s spying. It’s thought that some advances in Russian naval technology were given to them by Walker. He died in prison last year.

7. Larry Chin may have made the Korean War go on much longer.

Some experts claim Chin’s actions during the Korean War, when he gave the Chinese government the name of prisoners he interrogated, made the Korean War last longer. Chin told the Chinese government everything that was revealed during the interrogations. He was arrested in 1985 and convicted of all charges, but he killed himself before he was sentenced.

Harold James Nicholson’s espionage weakened U.S. observation of the Russian Federation during the mid-’90s. Nicholson was the head of CIA officer training program for two years, and he is believed to have sold the identities of all new officers trained during his tenure. In addition, he sold the assignment information for new officers headed on their first assignment.

In an affidavit discussing the case against Nicholson, the lead investigator pointed to two ways that Nicholson directly compromised military operations. First, he gave away the identity of a CIA operative heading to Moscow to collect information on the Russian military. Second, he gave the Russians the exact staffing requirements for the Moscow CIA bureau, allowing them to better prevent leaks to the U.S. of classified military information.

Nicholson was convicted in 1997 and sentenced to 25 years. From prison, he doubled down on espionage by teaching his son spy tradecraft, telling him state secrets, and then having his son meet up with old Russian contacts to collect money. He confessed to this second round of espionage in 2010.

U.S. Army signal intelligence warrant officer James Hall was assigned to a crucial listening post in West Berlin from 1982 to 1985. While he was there, he was feeding information on key programs to his Soviet handlers. Hall released tons of documents, intercepts, and encryption codes, exposing many operations to Soviet eyes.

Arguably his most damaging action was letting the Soviets know about Project Trojan. Trojan would have allowed, in the case of war, the U.S. and its allies to target Russian armored vehicles, missiles, and planes by tracking their communication signals. Since Russia had the clear advantage in armored warfare at this point, the success or failure of Trojan could have decided who won the start of a war.

Hall had more limited access to crucial information when he was reassigned to the United States. In 1988, he bragged about his 6 years of spying to an undercover FBI agent. Hall was tried and sentenced, serving his sentence at Fort Leavenworth, Kansas until his release in 2011.

10. Col. George Trofimoff gave it all to the KGB through his brother the archbishop.

When George Trofimoff was finally arrested in 2000, he was just a bag boy. As a retired Army Reserve colonel though, he is the highest-ranking American ever convicted of espionage. Trofimoff spied for the Soviet Union from 1969 to 1994, a 25-year career.

The worst of the damage was done while Trofimoff was the chief of the U.S. Army’s operations at a NATO safe house where Soviet defectors were debriefed. The safe house had copies of nearly all U.S. intelligence estimates on Soviet military strength. Most weekends, Trofimoff would takes bags of documents home from the safe house, photograph them, and return them to the office before giving the photos to his brother, a Russian Orthodox priest who would go on to become the Archbishop of Vienna.

Trofimoff was arrested at his home at 1427 Patriot Drive and tried for espionage in 2000. He was sentenced to life imprisonment.

A traitor who almost strangled America in her crib, Gen. Benedict Arnold is so infamous that his name is used to mean treachery. He was once a hero of the revolution though, attaining multiple victories through brilliance of maneuver. His greatest feat was his victory at the Battle of Saratoga, which convinced France that it was worth it to come out in support of American independence.

Arnold lost his wife during the war and found himself the target of personal and professional attacks from politicians. Convinced that the war would fail and harboring deep resentment of the American political system, Arnold handed over the plans to West Point and agreed to surrender the defenses in exchange for 20,000 British pounds (approximately $3 million today).

But the plans were intercepted and Arnold fled to England. The Revolutionary Army was shaken by the loss of a major hero while they were still fighting against the better equipped and trained British Forces. Arnold would live out his life in England as a rich man, but forever be known as a traitor.

While not technically spies since they didn’t work for a foreign government, the classified intelligence revealed by Chelsea Manning and Edward Snowden are the two most famous leaks in recent memory. Both released tons of documents embarrassing to the U.S. and damaging for foreign relations.

Manning stole documents from his work in Army intelligence by storing them on an SD card and sending the files to Wikileaks. The leak included state department cables, detailed event logs from Iraq and Afghanistan, and a video of an Apache mistakenly engaging Reuters journalists.

Snowden’s leak was the more damaging. Roughly 200,000 thousand stolen documents were given to journalists, some leading to the compromise of U.S. intelligence operations abroad. Approximately 1.7 million documents were stolen, though Snowden has given conflicting reports on whether they’ve been destroyed or are stored.

Manning is serving a 35-year prison sentence while Snowden is living in Russia to avoid prosecution in the U.S.