9 inauguration memes you need in your life 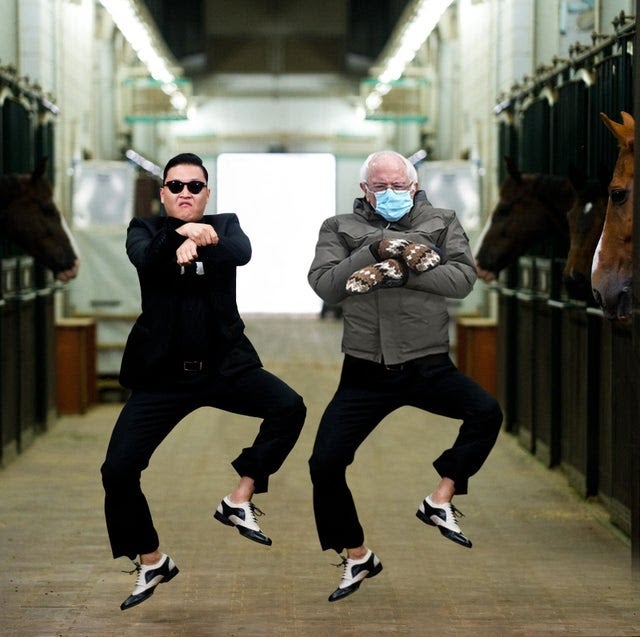 Last week the United States swore its 46th president into office. Even during a pandemic, a big deal was made by event planners, celebrating a new accomplishment by our latest Commander in Chief. No matter how you feel about current events, there’s no denying that some pretty awesome memes came into existence from the inauguration itself. Yes, highlighting this time-honored tradition came with the introduction of new memes. Because, well, because it’s 2021 and the internet exists, and how else do we celebrate any next big thing?

Take a look at our favorite memes from this momentous day and the best jokes that were brought into existence.

There’s no denying that this is probably everyone’s new favorite meme. And that it’s already been made into countless memes. Keep ‘em coming!

Bernie explaining himself, while also not caring that he’s an infamous inauguration meme now

When the pose fits, wear it.

They just kept on coming

And we were HERE for it.

Lady Gaga’s outfit, which was fire but also quite Hunger Games-y

Even if the meme made us LOL.

Kanye already interrupted one big show. Why not an inauguration?

Homegirl met Joe Biden back in the day.

Newly famed Nathan Apodaca skateboarded his way to the inauguration, drinking cranberry juice. As one does.

This random, yet hilarious shot

If you know, you know.

The laughs just kept coming from this year’s inauguration event. Especially the never-ending line up of Bernie and his mittens. (BTW mitten sales have apparently skyrocketed in days since. If you’re in the mitten business, you can thank the man himself!)

What were your favorite memes from the inauguration?