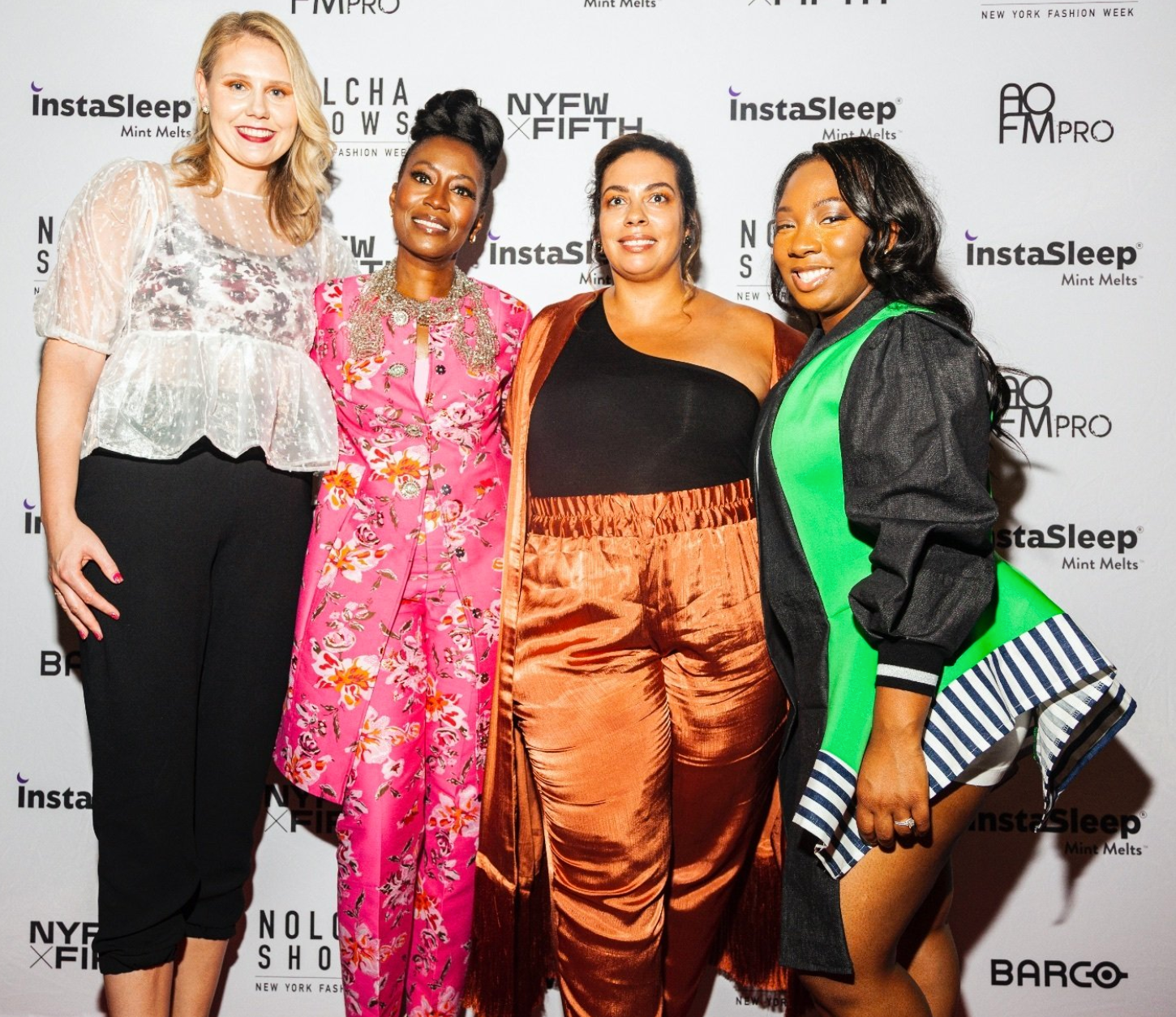 These VIPs weren’t the usual A-list celebrities of the fashion industry, mega-socialites, or entertainers that typically grace the front rows at the world’s most prestigious fashion shows.

Instead, these special guests included successful entrepreneurs, a notable vocal artist, and a runway model. What sets these VIPs apart from all the other celebrities? Well for starters, they are part of an elite community spanning across globe.

They are military spouses.

“[Military spouses] truly are the behind-the-scenes heroes who give up so much every day. We are proud to take this opportunity to turn the spotlight on them and bring them some joy.”

A handful of members from the Association of Military Spouse Entrepreneurs (AMSE) were selected to attend this year’s NYFW. This is the second year military spouses received the VIP treatment at the Nolcha Shows during NYFW in partnership with InstaSleep Mint Melts. The VIP treatment included hair by stylist Gerard Caruso and makeup by Monique Rinard. They also received beauty products, swag and jewelry provided by designer Randy Lunar.

Monika Jefferson, Air Force spouse, Founder and CEO of AMSE, and facilitator of the events, hopes the experience will help fellow spouses and members of AMSE connect with one another to “elevate their brand and connect them so they can be highlighted and celebrated.”

“We are excited and grateful to be able to continue the annual tradition of supporting our military and the spouses who support them.”

For the organizers and sponsors, the event was about giving celebrating military spouses. For the attendees, it was an empowering experience. It was an affirmation of the importance of their work and contributions, especially their continual commitment in supporting fellow military spouses.

Laura Early, an attendee and an Army Spouse and Chief Experience Officer of WISE Advise based in the Washington, DC, described her experience.

“Feeling like a VIP was a special experience. Everyone was so humbled and honored to have us there.”

In addition to the red-carpet treatment the VIPs received; the opportunity to network with other spouses was the icing on the cake. Early added, “I felt empowered hearing about the other spouses and what they do. It was a reminder [that] what I do matters.”

The Nolcha Shows not only recognized the contributions of military spouses, but they used the show to spotlight the gifts and talents of two very special spouses. It isn’t every day military spouses have the privilege to see some of their own take center stage in such a grand display.

Dr. Kella Price, a Marine spouse and mother of a soldier, is also a fitness and nutritional life coach and owner of Healthy Fit. In addition to being the mother of four sons and a successful business owner, she is also a runway model. Price has been featured in numerous fashion shows around the world, including the famed Milan Fashion Week, and of course the Nolcha Shows at NYFW.

Price uses modeling as a platform to promote her brand and program by inspiring others to pursue healthier and happier lifestyles, especially among fellow military spouses.

“I was excited to be able to connect with military spouses and network. We support one another and have opportunities to work together. I am really excited about the connections we have to help each other grow.”

Military spouses were not only represented on the runway, but also through the vocal talents of Deidra Stubbs, an Army spouse, mother of two sons and realtor in the DC area. She is a member of the American Spouse Choir, which reached the semi-finals in 2013 on “America’s Got Talent.” The choir has also been feature on The Queen Latifah Show and the Hallmark Channel.

Her performance was especially poignant as NYFW was held on the heels of the 20th anniversary of the September 11 attacks. It was particularly meaningful to have a military spouse sing the National Anthem.

Despite her outstanding performance, Stubbs said she experienced some nervous jitters prior to her singing.

“I was quite nervous because I wanted to properly represent the spouses, the military and the United States,” she said.

Attendees walked away with much more than swanky swag, beautiful makeup, and great hair. It renewed their sense of belonging. For a community who is used to being a “plus one” to their spouses’ careers explained by Early, they were recognized for their own work and contributions.

The show and trip to New York was a whirlwind adventure as described by attendees, but the connections and friendships forged while bonding over shared experiences and passions. The kinships created over two days will be as lasting as the memories made during NYFW. Attending NYFW renewed these attendees’ commitment to supporting fellow military spouses.

Jefferson may have best captured the sentiment of the sponsors, event organizers and attendees,

“To have military spouses shine and be happy, makes my heart happy!”

Undoubtedly, the experience left everyone feeling a sense of community and joy.