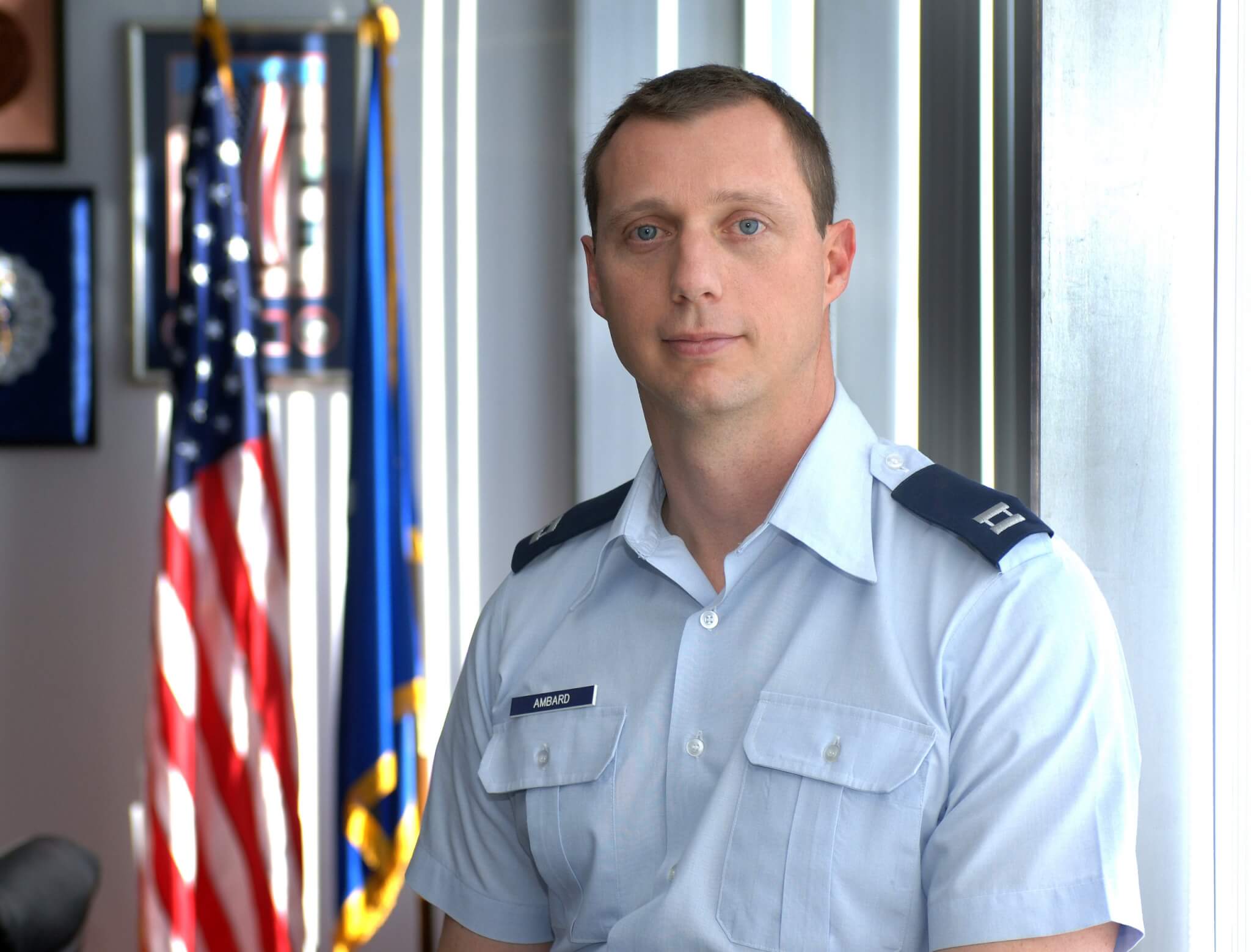 Maj. Philip D. Ambard was killed in 2011 in Kabul, Afghanistan. A decade after the death of her husband, a Gold Star wife continues to go the distance to carry her airman’s memory around the globe.

Air Force Maj. Phil Ambard deployed to Afghanistan to serve on a NATO team training the Afghan Air Force when he was killed during a shooting at Kabul International Airport, according to the Air Force. He was 44. His widow, Linda Ambard, describes him as a husband and father who exuded kindness and fun. She refers to him as the “Disneyland parent.”

Linda said she didn’t mind being the rule maker, knowing that Phil’s childhood shaped so much of who he was. Phil was a French-Venezuelan immigrant who didn’t even know English when he arrived on American soil at the age of 12. A self-taught linguist, he would go on to learn 10 languages and, in 2003, started a career at the Air Force Academy’s Department of Foreign Languages.

A fellow professor described Phil’s impact on his student.

“You would always see a line of cadets at his office,” Lt. Col. LeAnn Derby said in an interview with the Air Force shortly after Phil’s death. “It was easy to see the impact he had on them.”

Growing up in Venezuela was a tumultuous experience for Phil, Linda says, but it also inspired him to always prioritize his family and value all people in his adult life.

“One thing that I learned from my husband was to really love my country, warts and all,” Linda said with a smile.

But he almost wasn’t her husband. Phil asked Linda out more than a dozen times before she said yes.

“I didn’t want anything to do with him because he was almost six years younger than me,” she said. “We became friends through the course of him asking the first 19 times and it became a joke. Then one day he said, ‘This is the last time I am going to ask you out if you say no.’”

“He was the kindest and most humble person I knew … He saw the invisible people. You know, the people who come and do the cleaning at your workplace? He would practice any of his 10 languages to figure out which one they spoke,” Linda said. “He’d find out about their families or sodas and snacks they liked, then he’d show up with them. He felt like you could change people more by being kind and meeting them where they were.”

Phil enlisted in the Air Force to not only serve but also to earn his citizenship. He would go on to become an officer and teacher. Despite the security of his position teaching at the Air Force Academy, he volunteered to deploy to Afghanistan in 2011.

One of the hardest parts about the day he lost his life was that he knew his assassin, Linda explained. The Afghan soldier who ambushed those airmen was someone Phil considered a friend. They often lunched together and conversed in different languages. Phil’s death changed everything for his family and there was more trauma to come.

Read: Family of Fallen soldier encourages others to “Live like John”

“Two years after he was killed, I was at the Boston Marathon when all hell broke loose,” Linda said. “I was one stop away from the finish line and I was smiling; it was a good day. I was running to honor and remember Phil. They had chosen me to do that. Then the first boom hit … I became terrified and it lives on in my nightmare and it overlaps with Phil. But it woke something up in me. I can’t let terrorism have anything else from me … I have to fight to thrive, and by doing that I am honoring Phil.”

Linda went on to earn a master’s degree in military resiliency counseling and began using her voice.

“The military is very good at recognizing the funerals … but they aren’t so good at what comes next,” she explained. “The cost keeps going. It doesn’t go away just because it’s been 10 years.”

Linda shared that trauma severely impacts those who experience it and can continue to wreak devastation on lives. It’s with this in mind that she continues to counsel, train, and educate, hoping to change and improve the lives of other military families.

A decade later, Linda is still running marathons to honor Phil on every continent except Antarctica — but that’s coming in March 2022. She also found love again and is engaged to be married. One lesson she’d like people to take away from her story is to love more deeply and take the time to show it because we never know how much we have left.

To register for the #TUPMile, click here and visit TUP’s Facebook Page for more information. While there, learn more about their stories and lives. And don’t forget to tag #TUPMile and #MotivatedByTheirLives in your mile.