NASA space camp goes virtual - We Are The Mighty 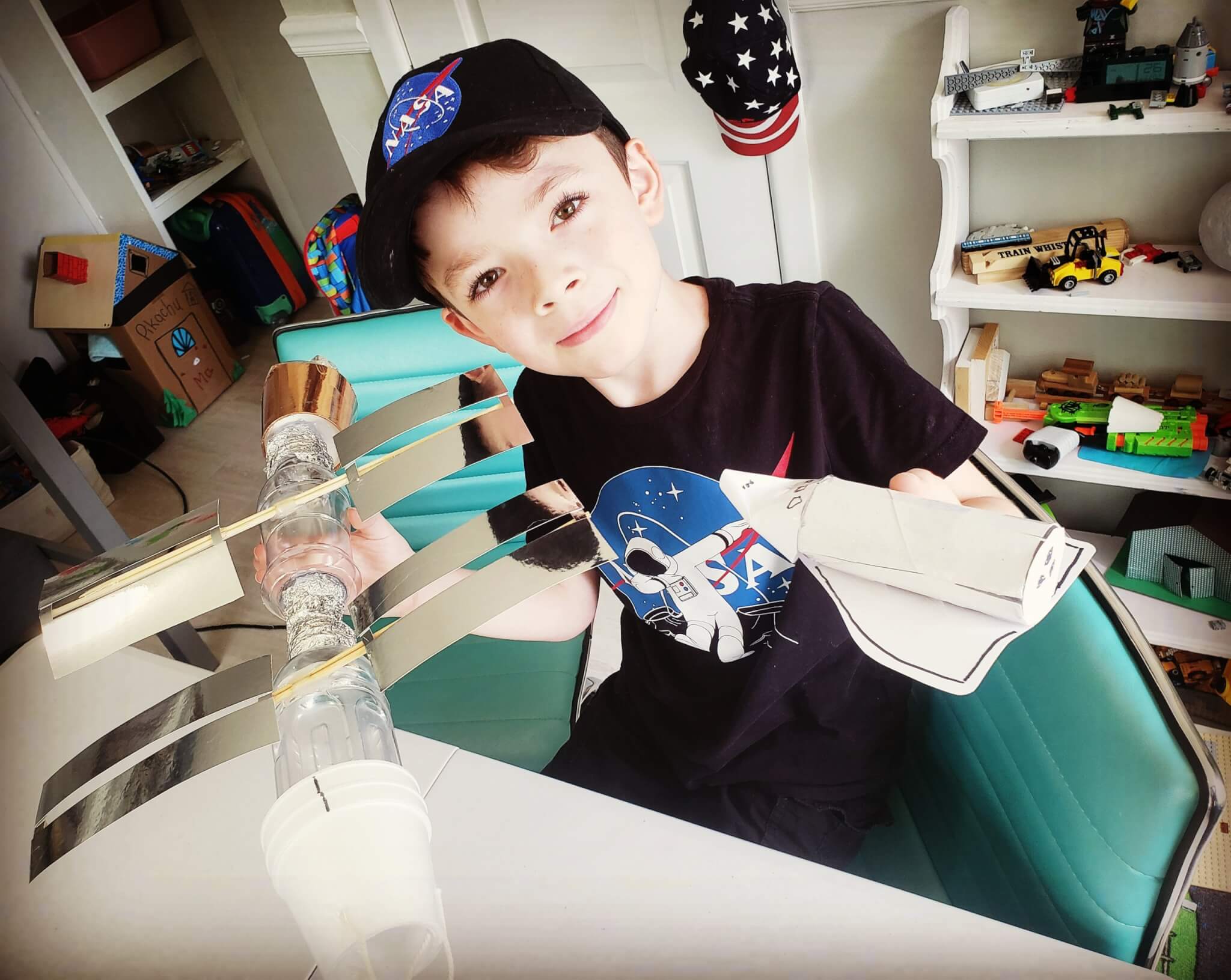 It’s been more than 50 years since Neil Armstrong landed on the moon, taking those famous first steps. When Kennedy Space Center’s (KSC) Education Manager Dee Maynard envisions an astronaut walking on the planet Mars for the first time, she hopes that the first words spoken will be: “I took the first step of this journey at Camp KSC®!”

“We hope that kids who enroll in camp want to pursue a career that’s going to be part of the space program,” Maynard said. The feedback staff receives is that the camps do just that.

Kennedy Space Center Visitor Complex, known worldwide as the epicenter of America’s space program, is located in Cape Canaveral, Florida. The center offers a variety of STEM educational initiatives, including field trips, educational programs, overnight adventures, and camps to inspire the next generation.

In a typical year, KSC runs 10 camps and sees nearly 2,000 student-participants over the summer. Due to the pandemic, for the first time since the camp’s inception in 2003, in-person educational activities were halted. Rather than be deterred, Maynard and her team did what NASA does best. They improvised.

As a result, two virtual experiences for kids ages 7 through 12, the three-day Virtual Camp KSC® and five-day Space After School, were born.

Typically, NASA staff spend nine months crafting their in-person curriculum, which includes a heavy emphasis on tactile experiences and technology. Maynard says that there have been numerous challenges, including retooling the curriculum and deciding which materials would be both age-appropriate and practical for in-home use.

A large part of in-person camp includes exploring the space center complex. In the virtual environment, the staff has made a point to host the sessions at a different location each day, including The Apollo/Saturn 5 Center, Space Shuttle Atlantis, and Planet Play, KSC’s newest facility, a high-tech indoor playground that explores deep space, to ensure that campers get the best experience possible.

“It’s still camp and we want them to learn but have fun in the process,” she said.

One of Maynard’s favorite experiments is called packing the payload bay. Campers use a toilet paper tube to make a model of a payload bay with doors that open and shut. For an engineering and design challenge, campers have to design a satellite that will fit in the bay, but when you deploy it, it is bigger than the bay.

“As we are cutting up the toilet paper tube, we are doing math. We are doing fractions and, kids you didn’t even know it! They are just having fun,” she said.

Plans are underway for in-person camp this summer but, according to Maynard, the virtual camp is here to stay. Families from all over the country, and even a few international locations, have been able to participate.

“As a classroom teacher for many years, one of the things that I always heard was: ‘Tell me and I forget. Show me and I remember. Involve me and I understand.’ And that’s how we want to tell the NASA story. We want to involve them in the NASA story,” Maynard concluded.

Our experience at virtual camp

As part of writing this story, my children and I were so excited about Virtual Camp KSC®  that we decided to try it out for ourselves.

We enrolled online and paid our fee of $65. The week before camp, a kit arrived containing camp supplies and our instruction manuals. Note: families with more than one child can purchase additional kits for $25. We received a Zoom link and instructions, including a list of household materials needed for each lesson.

Our sessions included: Launching and Landing, where we built and launched a tube rocket, a chemical rocket with a parachute, a foam glider, and a lunar lander; Exploring Deep Space, where we used chemistry and physics to build different models of the solar system; and Living and Working in Space, where we performed experiments to gain a better understanding of the challenges of living on another planet.

What can you build with a paper towel tube, cardboard, scissors, tape, rubber bands, and a yardstick? A NASA rocket that you can fly across your living room. I’d advise shooting it across your yard instead.

My children particularly loved mixing vinegar and baking soda in a film canister and watching it explode. We were smart enough to follow instructions and do this experiment outside. Another favorite was crafting our own galaxy by mixing glue, water, and glitter. The three days flew by, and while I won’t be headed to space anytime soon, who knows, maybe one day my kids will.

To learn more about camps and education at Kennedy Space Center, visit https://www.kennedyspacecenter.com/camps-and-education.