British pandemic hero Captain Sir Tom Moore dies at 100, of COVID-19 - We Are The Mighty 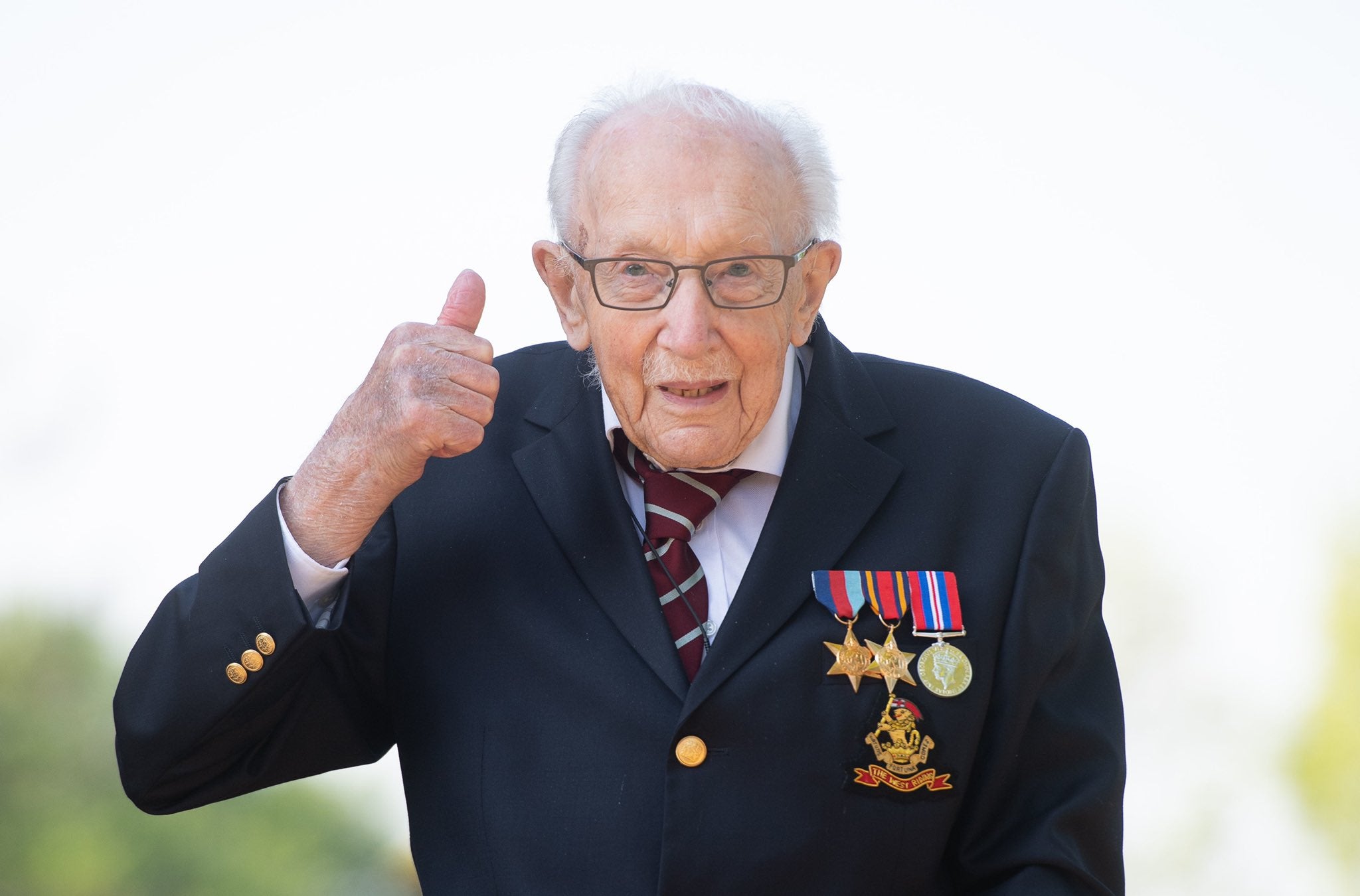 Sir Tom Moore made headlines during the outbreak of the COVID-19 pandemic by raising money for the National Health Service Charity. On April 6, 2020, at the age of 99, Moore began walks around his garden with the goal of raising £1,000 in donations by his hundredth birthday on April 30. For his efforts, Moore made numerous media appearances and became a household name around the world. By the end of his 24-day campaign, he had raised over £32.79 million. On January 21, 2021, Moore was admitted to Bedford Hospital after testing positive for SARS-CoV-2 and was treated for pneumonia. Sadly, he died on February 2, 2021.

In May 1940, eight months after the outbreak of WWII, Moore was conscripted into the 8th Battalion, Duke of Wellington’s Regiment in Cornwall. He was selected for officer training and earned a commission as a 2nd Lt. on June 28, 1941. Afterwards, he was transferred to the Regiment’s 9th Battalion in India. Moore was an avid motorcyclist, having bought his first motorbike when he was just 12. He employed his passion and knowledge for bikes by establishing and running an army program to train motorcyclists. In recognition of his efforts, Moore was promoted to war-substantive Lt. on October 1, 1942 and then to temporary Capt. on October 11, 1944.

Moore went on to serve in western Burma (now Myanmar) during the war where he survived a bout of dengue fever. He returned to the UK in February 1945. As part of the Royal Armoured Corps, Moore spent the remainder of the war learning and instructing on the maintenance of Churchill tanks. He served as the Technical Adjutant of the Armoured Vehicle Fighting School in Bovington Camp, Dorset until he was demobilized in early 1946.

After the army, Moore put his leadership skills to use in a variety of managerial positions. He also continued his passion for motorcycles and raced competitively. Riding a Scott motorcycle, Moore won several trophies during his competitive career.

Moore’s walking goal in support of the NHS Charity was to complete one hundred 25-meter lengths of his garden. “I do [laps] each day, so that eventually I’ll get to 100, then after that I shall continue and do some more,” he told the BBC. With an honor guard from the 1st Battalion of the Yorkshire Regiment watching over him from a safe distance, Moore reached his hundred lap goal on the morning of April 16, 2020 and said that he aimed to do another hundred.

On April 23, Moore was given the Pride of Britain award in recognition of his efforts. He was also made the first Honorary Colonel of the Army Foundation College in Harrogate, Yorkshire on his 100th birthday. Moore received honorary doctoral degrees from Cranfield University and the University of Bradford. The England National Football Team’s Lionhearts squad made Moore an honorary member and captain, an honor presented to him by David Beckham. On July 17, Moore was knighted by Queen Elizabeth II at Windsor Castle.

With Sir Tom Moore’s passing, Britain has seen an outpouring of tributes to the pandemic hero. Buckingham Palace issued a statement that read, “The Queen is sending a private message of condolence to the family of Captain Sir Tom Moore. Her Majesty very much enjoyed meeting Captain Sir Tom and his family at Windsor last year. Her thoughts and those of the Royal Family are with them.” Prime Minister Boris Johnson praised Moore for his military service and fundraising efforts and announced that the flag above 10 Downing Street would be flown at half-mast as a sign of respect.

Perhaps Moore’s greatest legacy is his spirit of persistence and optimism that so defines the British people, often referred to as the Blitz spirit. “Let’s all carry on and remember that things will get better,” he said. “We have had problems before—we have overcome them—and we shall all overcome the same thing again.”