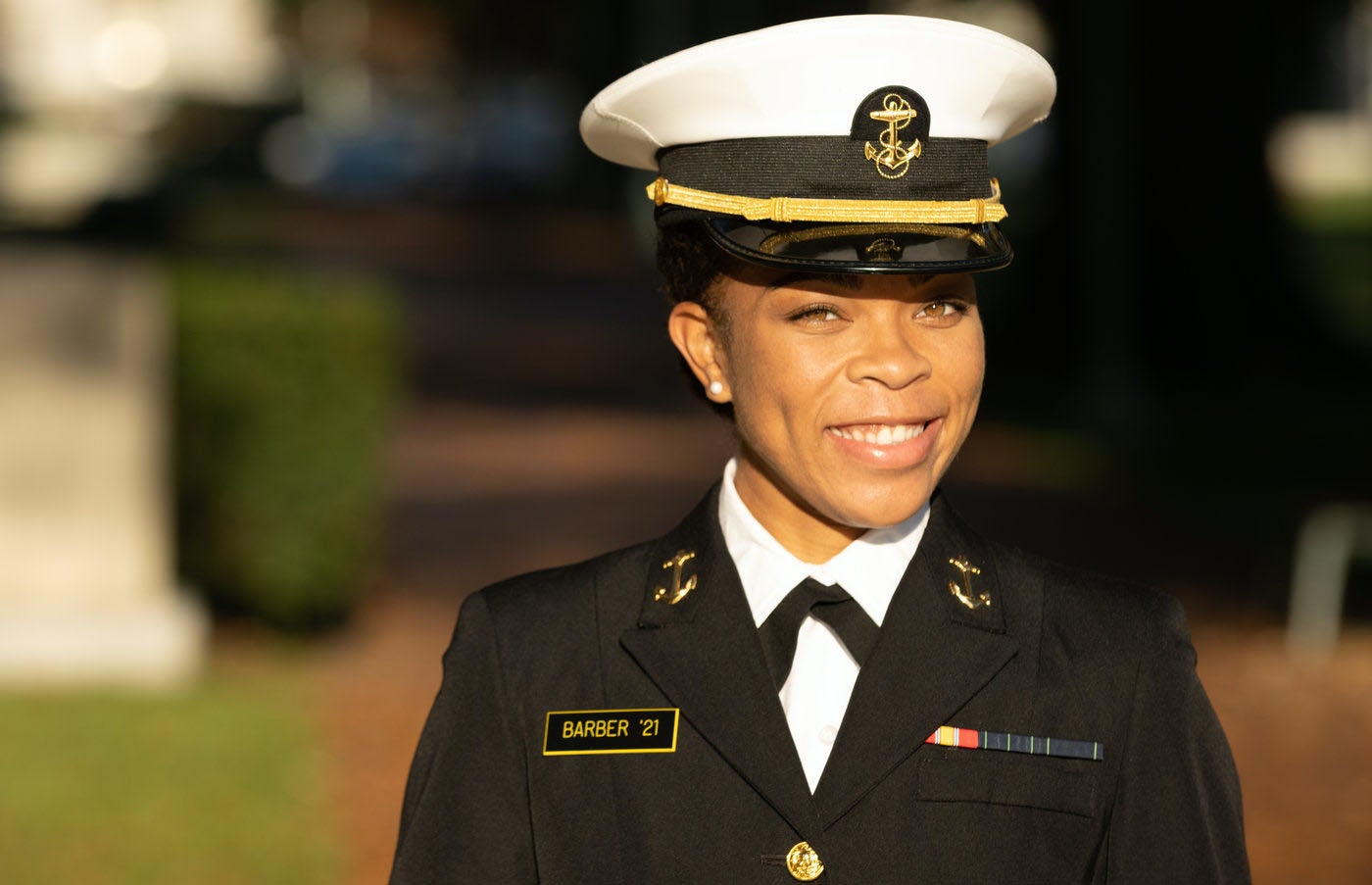 The commencement of the 2021 spring semester marked a first in US Naval Academy history. Sydney Barber was elected to be the midshipmen’s brigade commander, making her the first Black female in the academy’s 175-year history to hold the position. This billet places Barber as the highest-ranking midshipman in a student body of more than 4,500 students.

Barber is the 16th female midshipman to be elected as the brigade commander since women were first allowed to attend the academy in 1976. When asked how she views the historic appointment, Barber told NavyAthletics, “As much as I don’t like the attention, it’s important that this story circulates. It’s not just about me.”

Barber did not always plan on following in her father’s footsteps by attending the prestigious United States Naval Academy, but a sense of purpose developed on the athletic field changed all that. A self-described “oddball” as a child, Barber did not come into her own until she uncovered her love for competitive sports. It was through 12 years of playing soccer in her hometown of Lake Forest, Illinois, that Barber became inspired to pursue more ambitious goals. In her final year at Lake Forest High School, Barber joined the track team and was encouraged to seek a nomination to the Naval Academy.

Barber received her congressional nomination and headed to Plebe Summer in 2017. Along with the rest of her class, Barber memorized her Reef Points, received marksmanship and boxing instruction, and completed a series of obstacle courses and physical tests designed to transform the plebes from civilians into midshipmen. Following seven weeks of rigorous training, Barber took her oath of office and officially joined the ranks of active-duty midshipmen. She was a walk-on athlete but managed to earn varsity letters during all three years that she competed. While running for the Naval Academy’s track team, Barber set a school record for the 400-meter relay. She excelled in the Naval Academy’s competitive Division One athletic program, but her notoriety on the athletic field was just the beginning of her achievements.

Off the track field, Barber recognized the value in combining hard work with opportunity. She became the co-president of the Navy Fellowship of Christian Athletes Club and the secretary for the National Society of Black Engineers. In an effort to help others access similar opportunities, she pioneered a STEM program designed to mentor Black female middle school students in science, technology, engineering and math.

In a NavyAthletic’s spotlight, Barber explained, “My purpose here is to put more into the world than I take out.” With that same attitude toward selfless service, Barber has shattered one of the Naval Academy’s final barriers.

Barber will graduate in May with the class of 2021. Despite having accumulated a long list of accolades, her ambitions extend far beyond the yard. Barber has worked tirelessly to meet her goal of being assigned to a career in Marine ground, an opportunity only about 6% of her class will receive. Service assignments are highly competitive, and Marine ground is one of the most sought after paths, along with SEALs and aviation. In a USNA press release, Barber described her naval career’s impressive beginning as a responsibility rather than an achievement:

“We are the architects of our future, and every day we earn the right to carry the torch that was once lit by the heroes, pioneers, and giants who came before us. I owe everything to every person who paved the way for me, so I now pour my heart and soul into blazing the trail for the generations to come.”