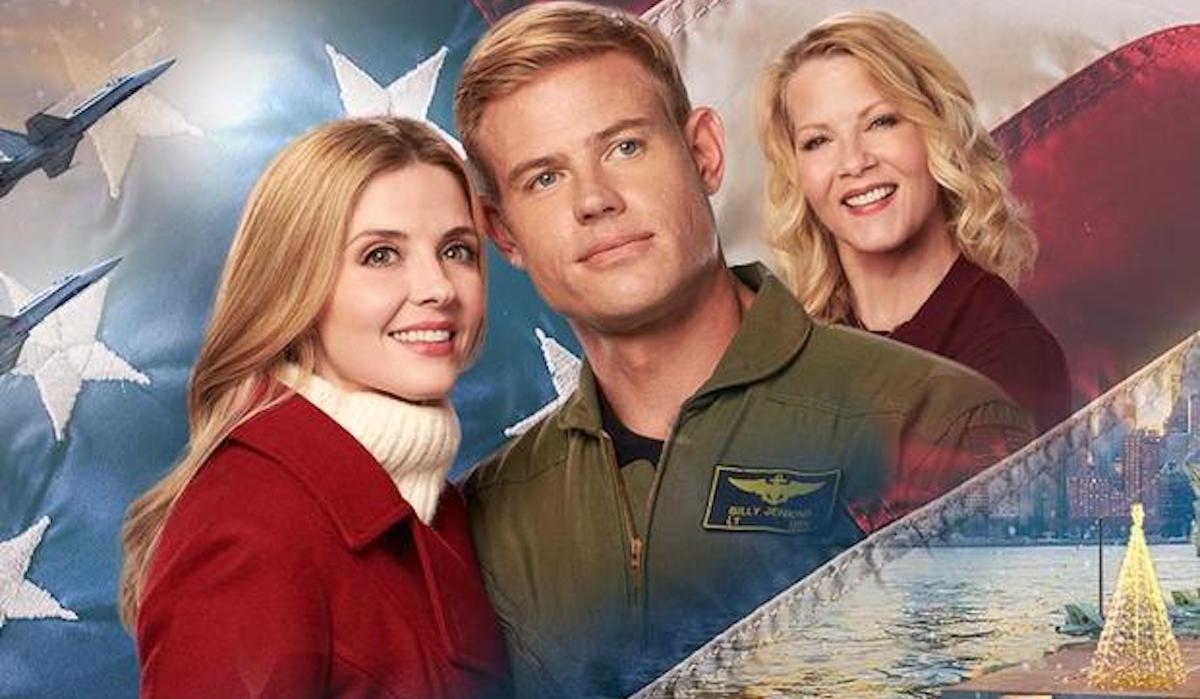 Christmas romance movies have become a 21st century holiday phenomenon, first on the Hallmark Channel, then on Lifetime and now Netflix. There are literally hundreds of these movies, with dozens premiering in 2020 alone.

Holiday filmmakers have started to add the military to their formula, and there have been a couple of high-profile releases this year. Those movies inspired us to try to figure out just what’s going on here.

These are assembly-line products made for an audience that expects every plot to follow basic rules: Two people meet and irritate each other, but they’re irritated because they recognize a fellow special soul who doesn’t quite run with the pack.

One of them thinks the holidays are a crock. After some sassy back-and-forth, the doubter learns the meaning of Christmas, and that allows their love to flower. There are cookies, eggnog, flannel shirts and pajamas, a spectacular tree, possibly some chopping of wood, family members who saw it coming all along and, usually, a dog.

Regular readers know that we typically write about movies that feature combat, patriotism, world-changing shifts in power or the chain of command, ass-kicking and explosions, so this was a totally foreign experience.

If you’re the kind of person who gets your kicks complaining about breaches of military protocol in movies, have we got a totally new genre for you! Christmas romance movies are produced on such shoestring budgets that they make those late-period filmed-in-Romania Steven Seagal cheapies look like a Marvel movie. There’s no money for a military adviser, so they’re mostly just winging it.

It’s like these movies exist in an alternate universe. Apparently, there are actors who’ve appeared in multiple Hallmark and Lifetime movies, and the channels promote their starring roles as if they’re Brad Pitt and Jennifer Lawrence.

Let’s agree that these movies have a huge and devoted following because they make some people happy. If you’re one of those people, please continue to watch and enjoy.

This article is for the rest of us who find the whole thing kind of weird. Here are five of the most startling military Christmas romance movies we found during our investigation.

Filmed in Wilmington, North Carolina, this Hallmark movie had the full cooperation of the Navy, so it features a few scenes filmed aboard a carrier and a lot of stock footage of planes taking off and landing. Did someone in the Navy Office of Information want to reach out to an audience that would never seen “Top Gun: Maverick” or “Hunter Killer,” two other movies that got full Navy support? Or was someone just a big Christmas fan?

This time, a sassy reporter who’s the daughter of an aviator gets convinced to join her mom and aviator sister for a holiday Tiger Cruise. The commander served with her late dad, and his son is also an aviator who hates the holidays, mostly because his parents divorced and he’s still mad at dad.

How much does he hate Christmas? Well, his call sign is “Grinch.” Yep, that’s how obvious everything is here. Grinch learns to love the holidays, forgive dad and appreciate an independent woman. Our reporter learns that maybe it’s best not to be so independent and that a military spouse‘s life might not be so bad after all.

Where these two will be in five years after a few deployments is hard to predict, but there’s reason to suspect that neither of them truly realizes what they’re getting into here.

This 2020 Netflix movie had a higher-than-usual budget and was filmed on Guam with the full cooperation of the Air Force, so it looks a bit shinier than the usual fare. Since it’s set in the South Pacific, there’s no snow or hot cocoa or fluffy scarves.

A congressional aide has to cancel Christmas with her family to investigate just why the Air Force is wasting money on this “Christmas drop” every year. The congressional rep (played by Virginia Madsen, an actual movie star) is looking to cut budgets so she can save a base in her district. She sets her sights on Guam.

OK, they never call it “Guam” in the movie, but this is where they lose anyone with an interest in world peace. Why would we shut down an important strategic base in the South Pacifc to keep a base in some random U.S. state open? That’s a movie foul far worse than a sloppy salute.

Anyway, our aide Erika Miller (Kat Graham, “The Vampire Diaries”) doesn’t want to be there and knows her mission is to collect the dirt that will allow her boss to shut down the base. What she doesn’t expect is her encounter with Capt. Andrew Jantz (Alexander Ludwig, “Recon”), the laid-back architect of the current mission to provide presents and supplies to remote Pacific islands during the holidays.

The two clash, she finds herself falling for the captain and his island spirit, and her boss mysteriously cancels her own Christmas to fly to the island to see why Erika’s reports aren’t negative enough. Everyone goes on the holiday flight and then sees the light: Operation Christmas Drop is exactly the kind military holiday maneuver the world needs!

Erika finds her Christmas spirit. Will she find long-term love with Andrew? We’ll have to wait for an “Operation Christmas Drop 2” to find out.

Everyone knows that many civilian parents don’t want their daughters falling in love with a soldier. Long-distance romance is hard, and there’s usually a neighbor boy named Jody who’s willing to step in and help with the loneliness.

The single mom in “Home for Christmas” has an even more powerful reason to discourage her daughter. The big reveal is that her late husband was killed in combat himself, and she doesn’t want her child to face the same heartache when her new love is deployed.

To explain just how manipulative this one is, we have to go deep into spoiler territory. Our young lover learns that her mom is right when she hears her boyfriend’s name on a list of troops killed in action read aloud at a Christmas concert.

The girl is devastated, but mom realizes she was wrong to discourage her daughter’s true love and they reconcile. Have we reached a breakthrough moment in Christmas romance movies, when the harsh realities of real life must be addressed in the happy holiday world?

No, we have not! Those boobs at the Pentagon mixed up the dead troop records, and our hero is actually alive. He shows up on the doorstep, unannounced and on crutches, and everyone enjoys the best Christmas ever!!

This Lifetime movie takes the ethics manual, sets it on fire and throws a party in the town square. Chloe Marquee (actual character name) is working as a counselor for troubled veterans, and she’s assigned a particularly tough case named Michael Fischer.

She learns that Fischer led a toy drive while stationed overseas and recruits him to start a new one for military families here in their tranquil, picture-postcard, Christmas-loving town. What should be a great project turns sinister when Chloe starts having romantic feelings for her patient.

Well, that’s not how the movie sees it. Chloe heals Michael’s wounded soul through the power of love, and all the kids get some excellent toys after they overcome a few scheduling obstacles. Could a little eggnog and some smooching under the mistletoe be the miracle cure for PTSD that we’ve all been searching for? Lifetime says maybe!

This Hallmark movie answers the question, “What are the best cures for a grieving military widow and a wounded warrior recovering back home?” The answer may surprise you if you haven’t been paying attention. Why, it’s a little Christmas romance, of course!

Julie Benz (“Dexter,” and kind of a big star for one of these things) plays a military widow whose loss has destroyed her faith in Christmas. She rents a room in her house to an Army captain (Michael Shanks), a wounded warrior whose injuries have not shaken his love for the holidays.

The two team up to raise money to save the town’s failing military museum with a Christmas fundraising event, and these two self-described “wounded birds” find that the holiday spirit kindles a new romance.

Will both get the counseling and support they need going forward? Let’s hope so because both are coming into this relationship with a cartload of baggage. For now, though, tune in and enjoy the spell of mistletoe and twinkling lights.

Of course, there are more of these Christmas movies that try to work in military themes. If you haven’t picked up on it so far, look for titles with “home” or “homecoming” in the title, and you’ll go a long way toward finding what you’re looking for.

Of course, true fans of the genre will also be tuning in for the book editors, real estate brokers, high-powered attorneys and other assorted type-A personalities who need a little holiday spirit to help them get over themselves and fall in love.

If you want to watch them all, one movie a day, make a note on your calendar for Memorial Day 2021 and maybe you’ll have caught up by Christmas next year.