'Falcon & Winter Soldier' episode 3: Reunions all around - We Are The Mighty 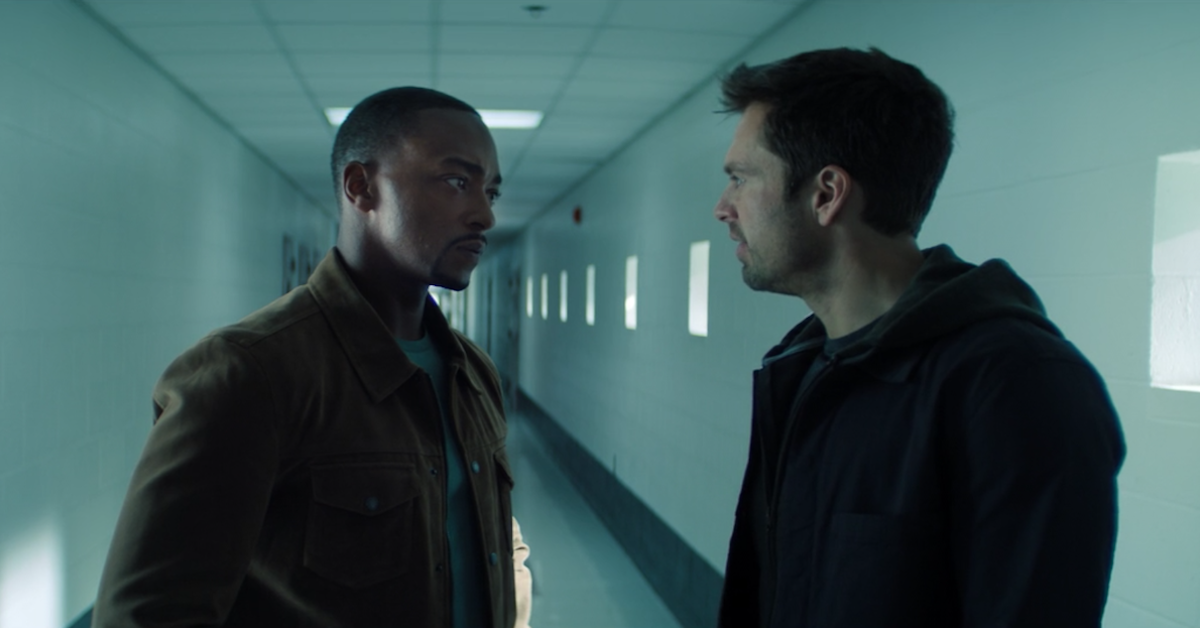 As we reach the halfway point for The Falcon and the Winter Soldier, we’ve been given some great character moments and intriguing details into a post-Blip world. A Global Repatriation Council attempts to help the billions of people who have returned from the dead after five years, one of them being a doctor who perfected the Super Soldier Serum.

Let’s dive in — spoilers ahead.

The new Captain America takes a bit of a back seat in this week’s episode, but we do get a glance at his short fuse when he confronts some of Karli Morgenthau’s contacts and is rewarded with spit in his face. John Walker and his more even-tempered partner Lemar will remain a step behind Bucky and Sam this week.

As the last episode hinted, Bucky and Sam decide to contact Helmut Zemo and Bucky, unbeknownst to Sam, makes quick work of freeing Zemo from his cell. Maybe not a great decision, considering the man bombed the UN and killed Wakanda’s King T’Chaka before framing Bucky for the crimes — and he’s reading Machiavelli — but Zemo has knowledge about the Super Soldier Serum.

Daniel Bruhl’s performance also makes Zemo a character who is entertaining to have around.

They begin their search in Madripoor, a classic Marvel Comics location (primarily for mutant story-lines). There, they go undercover, delivering some excellent character fun. Sam is forced to drink “the usual” drink of his colorful alias — some kind of cocktail with raw snake organs (DEAR GOD WHY) — much to our amusement. Later when they flee the scene, he shouts, “I can’t run in these heels!” It’s a great writing touch.

Bucky, meanwhile, plays the Winter Soldier, following Helmut’s commands — even when they are violent. Sebastian Stan’s performance as a battle-weary veteran is constantly impressive; Bucky’s inner turmoil is right there beneath the surface.

When Sam’s cover is blown by a phone call from his sister, the unlikely trio flee with bounties on their heads. They’re saved by none other than Sharon Carter, albeit a much grittier, pissed off Sharon Carter, who has been on the run since giving Steve Rogers his shield (although with a brief five-year hiatus, as she was disintegrated in the Snap). And yo, she’s pissed about it.

Her outfit slaps, though. I want her pants. She agrees to help Sam and Bucky find Super Soldier Serum Dr. Nagle while Sam promises to clear her name. They head to Nagle’s secret lab in a shipment container yard, where they learn that Morgenthau stole his 20 vials of perfected serum. Zemo kills the doctor and the lab is attacked and destroyed, giving us impressive fight sequences from Carter and Zemo.

Carter parts ways with Bucky and Sam, but based on her final interaction with her bodyguard, we can expect to see her again. Bucky, Sam, and Zemo follow another lead, but rather than join them inside, Bucky announces that he’s going to take a walk. He follows a few devices that turn out to be Wakandan, and the episode ends with another familiar face.

Ayo, second-in-command of the Dora Milaje, has come for the man who killed T’Chaka. What will happen on the Falcon and the Winter Soldier next?