Film Review: “The Gentlemen” is a perfect tonic for election night burnout - We Are The Mighty

Film Review: “The Gentlemen” is a perfect tonic for election night burnout 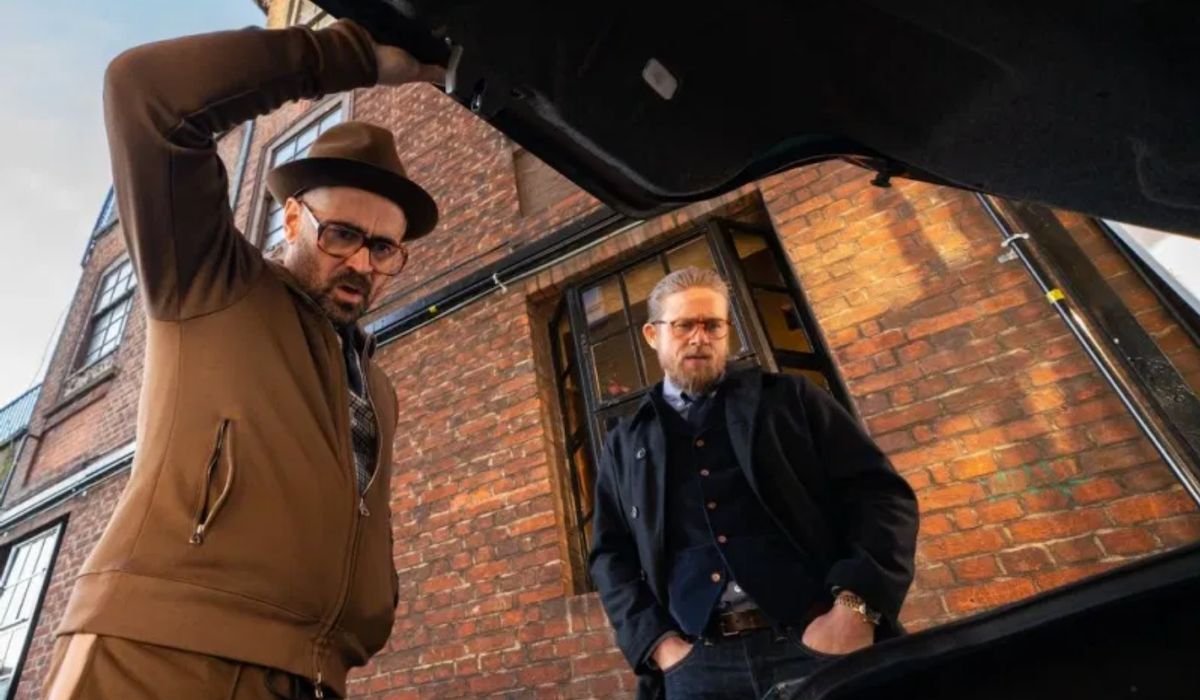 After months watching the presidential election approach, using as much information as possible in making a voting decision, and constantly hearing the same things from the same people some families dug in their heels on election night. Mine was one.

Nothing was going to be settled early on election night, so why watch the same talk over and over? Therefore, my family suggested to take a break and enjoy some entertainment for a few hours instead. I acquiesced and was, after the fact, glad I did.

“The Gentlemen,” the latest film from Guy Ritchie, was the perfect antidote and a great way to kill a few hours before turning back into non-stop election news. Although the film was released in January, it was time to revisit it and look at it critically, since I was in the mood.

First, I have to make a confession. I have always been a huge fan of Guy Ritchie’s films or “fill-ems” as Colin Farrell says (more to that below). “Lock, Stock, and Two Smoking Barrels” and “Snatch” are some of my favorites. Ritchie has also directed the Sherlock Holmes series, “The Man from Uncle,” and “King Arthur – Legend of the Sword” with Charlie Hunnam, who also appears in “The Gentlemen.”

In his movies, Ritchie pays homage to the great spaghetti western director Sergio Leone and to Quentin Tarrantino, two of his biggest influences. In Ritchie’s best films, which center around British gangsters, those two influences shine through.

He often uses a cast of characters with different stories and angles who intersect into each other’s lives (a theme found in Leone’s “Once Upon a Time in the West” and Tarrantino’s “Pulp Fiction.”). His dialogue is snappy and crisp and the characters speak the patois of the streets. They are usually gangsters with Cockney accents that are sometimes almost impossible to decipher.

In “The Gentlemen,” Ritchie returns to the genre that has served him well. An American named Mickey Pearson, excellently portrayed by Matthew McConaughey, is the biggest marijuana dealer in England. He has connections all through Europe to sell his weed, but nobody knows where he gets it from.

Mickey is number one and everyone is looking to knock him off his perch. Especially when he decides he wants out of the business to spend time with his wife Roz, whom he refers to as a “Cockney Cleopatra” and is ably played by Michelle Dockery.

Yet, the entire story revolves around the slimy, private detective/investigative reporter Fletcher played almost over the top by Hugh Grant. Fletcher has dirt on everybody and thinks he is slick enough and smarter than everyone else that he can blackmail everyone. Meanwhile, he is penning a screenplay and tries to sell it to Miramax Pictures, which not so coincidentally produced this film…a little free advertising.

Fletcher approaches Mickey’s brilliant right-hand man Ray (Charlie Hunnam). At first glance, Ray is the boss’ office nerd, dressing in dress shirts and ties and handling all the office BS. But Ray is not nerdy, he’s just such a badass. He doesn’t have to show how badass he is until the gloves come off. He is somewhat reminiscent of Vinnie Jones’s excellent but slightly different “Bullet-Tooth Tony” in “Snatch.”

The two main gangsters trying to move in on Mickey’s business are “Dry-Eye,” a Chinese-Cockney gangster who is backdooring his own boss, and “Matthew Berger,” a somewhat stereotypical Jewish double-dealing businessman played by Jeremy Strong.

When Mickey shows Berger where he grows his ganja that’s when the shit really hits the fan. One of Mickey’s grow labs gets raided by a group of totally badass black MMA fighters who beat the hell out of the crew there and steal all the pot plants.

Their MMA “Coach” is hilariously played by Colin Farrell who steals every scene he’s in. He is furious at his fighters for what they did because he knows who owns the pot-growing facility. He pleads with Ray not to harm his fighters and vows to make it up to Mickey. He then spends the rest of the film telling everyone that he’s a coach and not a gangster but then acts like a badass gangster.

Farrell wears these outlandish Tartan plaid tracksuits that just add to his persona. He looks like he had a ball playing this character and it shows through with his performance.

The film builds to a wild climax where all of the pieces tie together. Grant and McConaughey alternate as narrators, but as in Ritchie’s other films, the climax ends up with a lot of violence, including at least one requisite bullet to the back of the head.

The cast is large and talented, and Ritchie blends them all together in his own brilliant fashion.

He gave an interview a while back speaking about how he creates his films and characters.

“My creative process has never been something I can put into words. It’s very random, very scattered and can sometimes lead down dark alleyways and dead ends. What I will say is I think any director needs to immerse himself in both real life and in history to fully open up creative processes. And you must be prepared for the reality that any creative process worth its salt needs to be revised, reworked, and, on occasion, thrown out the window entirely.”

If you are in need of some great action and hilariously funny scenes, check out Ritchie’s latest and greatest, “The Gentlemen.” And you still won’t miss out on any election non-stop talk…