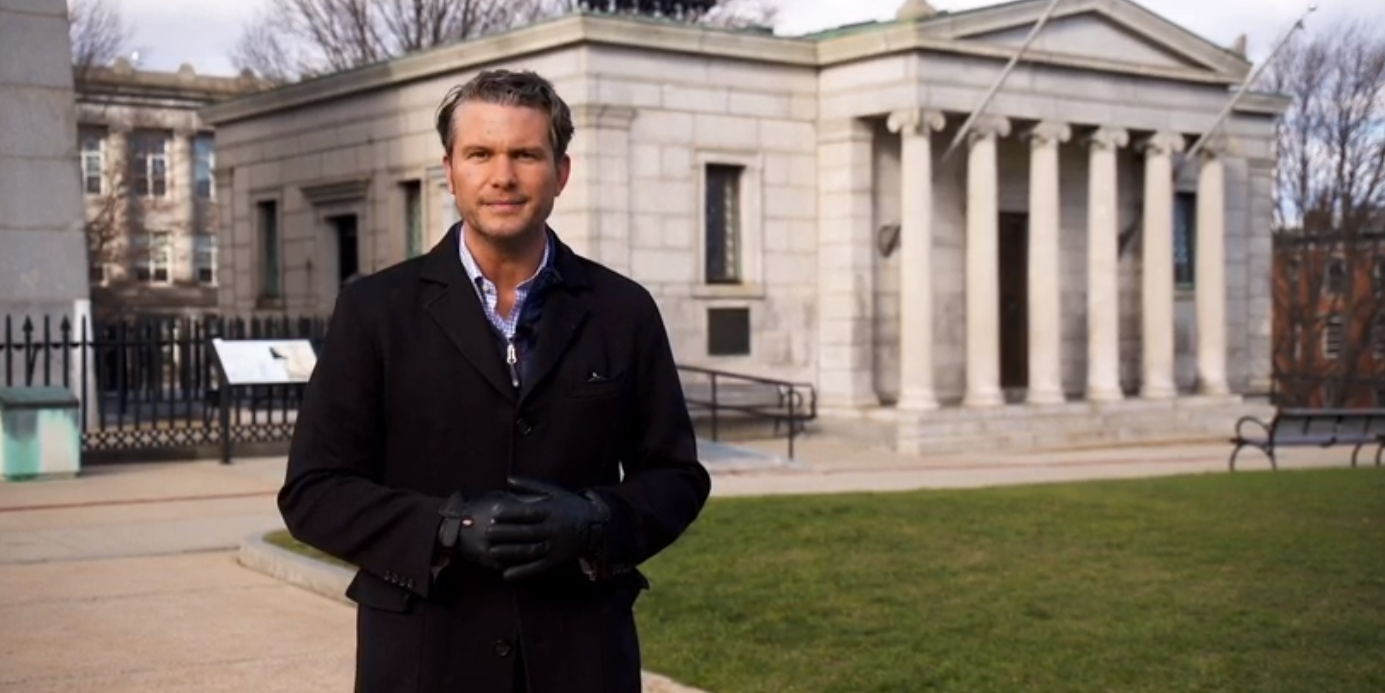 Fox Nation just launched a new series, Untold: Patriots Revealed, hosted by Army veteran and Fox and Friends host, Pete Hegseth. The show goes deep into America’s history vault to bring you the quiet and unsung heroes who saved us all.

Throughout the country’s history, there have been many recognizable names and figures who’ve paved the way for our independence and freedoms. But along the journey, there have been many who’ve possibly been forgotten. Hegseth aims to change that. This series begins in America’s Northeast, where Hegseth travels through historic sites which hold the key to it all.

“Fox Nation does a lot of history and a lot of patriotism but there’s always another layer. Part of discovering the beauty and miracle of our founding is all the small roles…the forgotten men and women of the revolution who at the time were completely fundamental to the success of the revolution,” Hegseth explained. “Without these men and women, battles aren’t won.”

Although the Revolutionary War was hundreds of years ago, the first season brings you right back into the heart of some of the most pivotal moments in history. Ordinary men and women doing extraordinary things, a concept not unlike what we see in the modern military. “We can talk about the revolution and those moments, but the people are the more interesting story to tell,” Hegseth said.

With so many incredible stories, it’s hard to pick a favorite. For Hegseth though, the story of John Glover really hits home. He was a fisherman from Marblehead, Massachusetts and an instrumental piece in America as we know it.

Washington didn’t yet have a Navy, only chartered to have command of the Army. But Glover and his fishermen friends had boats and a presence on the sea. “John Glover and Washington become very close. Glover and his Marbleheaders become super important. In fact, as we reveal in the episode, he saves the revolution three times,” Hegseth shares.

Perhaps the moment the majority of Americans are familiar with in regards to Washington’s battle success is the Delaware River crossing to surprise the Hessian forces at the Battle of Trenton. What you may not know is its success is all due to Glover. He was in command during the crossing, not Washington. “We try to do justice to that story in one of the episodes,” Hegseth said.

There were more moments of awe for Hegseth during the course of creating this series. As a college student at Princeton, he was familiar with the name Hugh Mercer and had passed the site of the battlefield. But he never really took it in. The doctor was beloved by the entire town and a good friend of Washington. He was struck down during the battle and died being cared for by so many in which he’d done the same for.

“I am hoping that young people will eventually take a look at it [history]. I think sometimes we feel helpless. ‘What can I do, my country is sliding away from me and I’m not Washington.’ but all of these people were unsung. There are people and moments and certain places where we can all step up,” Hegseth explained. “Peter Salem was an enslaved Black man that we featured…but eventually, he wins his freedom through the revolution and is credited with killing one of the top British generals at the Battle of Bunker Hill.”

Another pivotal person in the series is the legend of Molly Pitcher. Although there are many versions of her story, the one of her being struck by a bullet which felled her husband sticks out. Rather than fleeing the battle, she manned the cannon for him.

“I’m so grateful to Fox Nation to be able to do passion projects like this… and I am looking forward to doing future seasons when it’s warm outside because I froze my butt off on all of these and by the end I could barely get the words out of my mouth,” Hegseth said with a laugh.

The five episodes of Untold: Patriots Revealed bring viewers into the history lesson they probably didn’t realize they were missing. It is an introspective exploration into the quiet and often forgotten heroes of our country. When asked what Hegseth wants those who watch to gain, he was quick to answer. “I hope it motivates people to recognize how special America is and we all have our own role to play.”