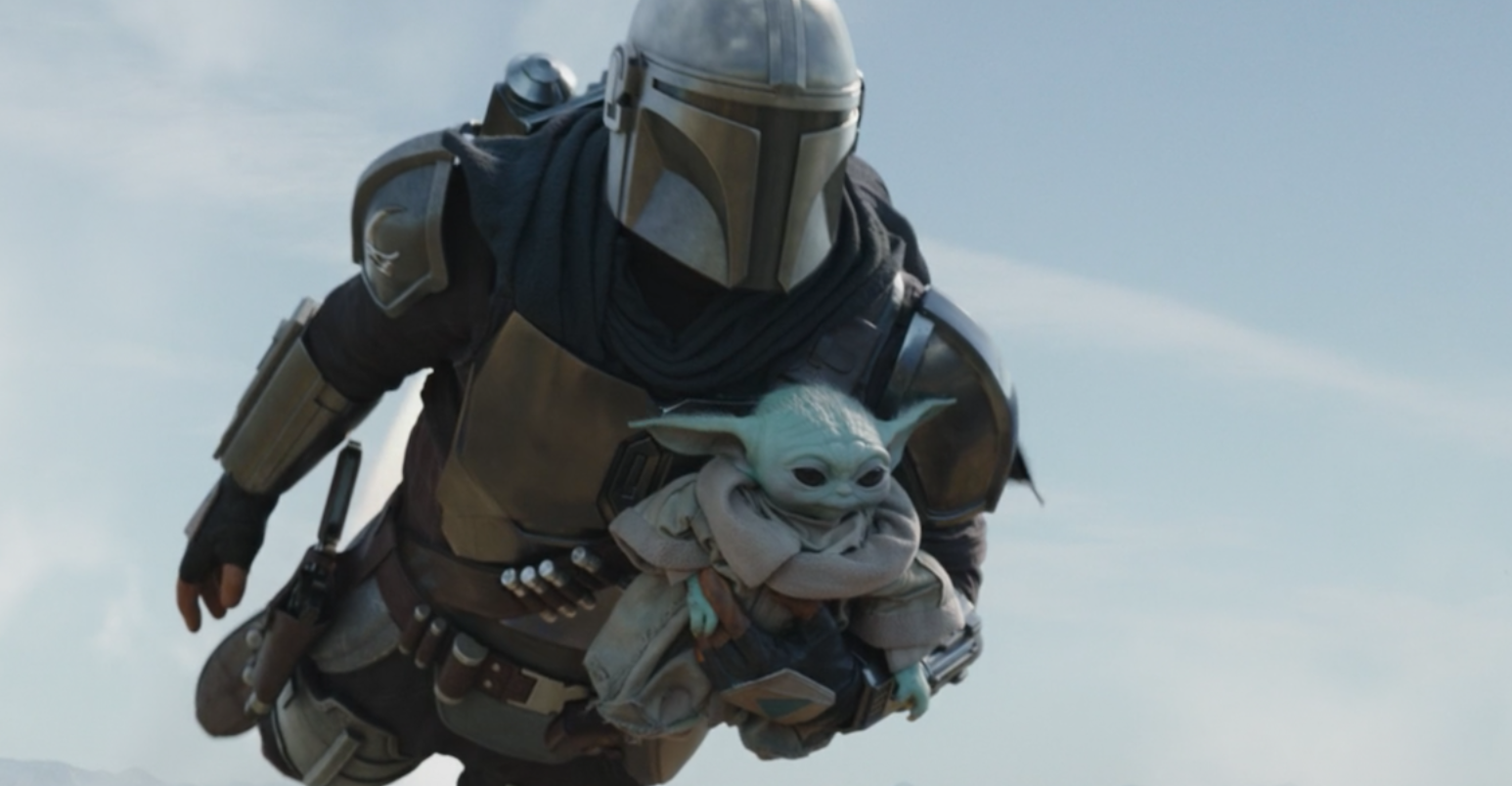 One of the most important rules of screenwriting is: never make your characters more dumb than your audience. It’s frustrating to watch characters make mistakes with very obvious and inevitable consequences.

Between that and the ominous title of this episode (The Tragedy), know that you’ve been warned: spoilers ahead.

Din Djarin and Grogu the Yoda Baby arrive on Tython, an ancient Jedi location, where Djarin’s little ward is placed upon the seeing stone to make a phone call. A Force-barrier then arises around him as he enters a deep state of adorable meditation.

Up in the skies, however, an old menace appears: the Slave I — Boba Fett’s Firespray-31 ship. We’ve known since Season 1 Episode 5 that Temuera Morrison would be playing the iconic bounty hunter; he also played the role of Jango Fett in the prequels, and as Boba was Jango’s clone/son, Morrison is a perfect casting choice. Fett returns with Ming-Na Wen’s Fennec Shand with a reasonable request: they want Fett’s beskar armor that Djarin recovered from The Marshal.

Djarin was like, “No way, bro — that armor is for Mandalorians only,” and Fett was like, “Lemme explain, just take off your jet pack,” and Djarin was like, “Okay I’ll just put it down here and then I won’t f***ing pick it up again EVEN THOUGH I AM OBVIOUSLY GOING TO NEED IT SINCE I LEFT MY BABY ON THAT HILL UP THERE.”

To no one’s surprise, Moff Gideon and his Stormtroopers show up, which gives us a nice the-enemy-of-my-enemy-is-my-friend situation. Djarin, Fett, and Shand team up to take on the Stormtrooper assault — which does have some fun fighting sequences for Shand and some rather violent melee for Fett — but then we experience the first of our losses.

But not before Fett was able to sneak in and don his armor. The trio make quick work of the Stormtroopers and Fett RPGs the ships as they flee.

This is where we experience our second loss.

This is also where I continue to shout, “GET YOUR F***ING JET PACK, DUDE!” Who would run up a mountain when they could fly??

At least now I know Bo-Katan will be back. (The Mandalorian, Disney+)

Moff Gideon unleashes his Dark Troopers, Force-sensitive combatants, who fly down to the seeing stone and snatch up Grogu. For a second I thought a Jedi would answer the little guy’s call and show up to defend him, but no, the tiny little guy is taken hostage by Gideon who shows off his (for now) Darksaber and calls that creepy scientist Dr. Pershing to recommence his experiments.

The episode ends with Djarin going back to Cara Dune for help. Oh yeah, and Jango Fett was a Mandalorian Foundling who fought in the Mandalorian Civil Wars.

Guys. Guys. Sound on. Turn your sound on. Heh. Hehehehehe. So silly.