Moon Knight season finale recap - We Are The Mighty 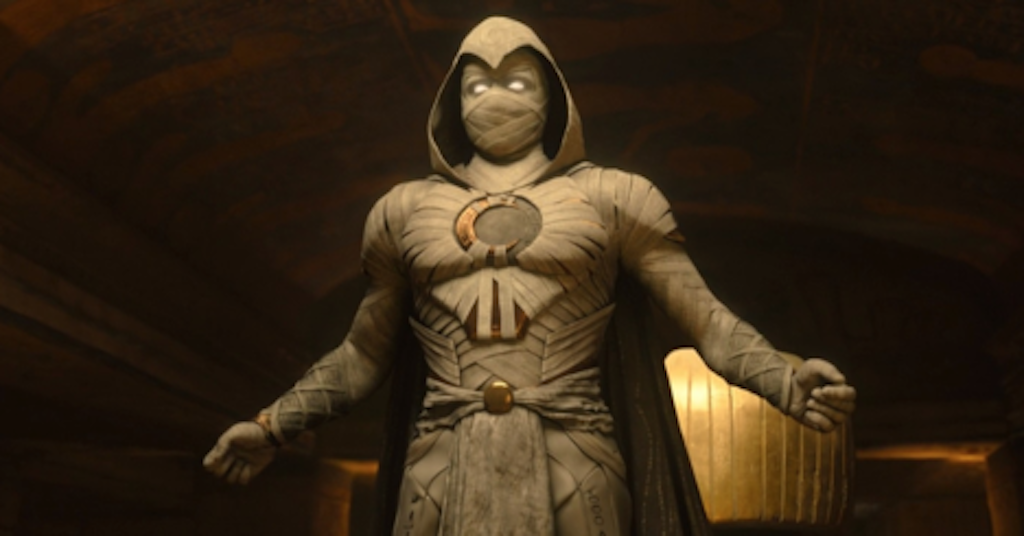 The final episode of Moon Knight begins in Alexander’s tomb, where Layla hides from Harrow and his men, who take the Ammit statue from Marc’s dead body. Layla follows them across the desert but is intercepted by Taweret, who speaks to her from a dead body in Harrow’s wake. Taweret urges Layla to break the Khonshu statue — and to become her own avatar.

In the Chamber of the Gods, Harrow frees Ammit and Layla frees Khonshu. The two gods begin a faceoff.

Meanwhile, in the afterlife, Marc leaves the Fields of Reeds to save Steven from the dune sea. Marc reaches for Steven’s frozen body and for a moment it appears as though they will both remain frozen in the desert, but then they both awaken and run toward the open doors of Osiris’ Gate. Marc awakens in Alexander’s tomb, once again the Moon Knight — as is his dapper version, Steven.

They barter with Khonshu for their freedom once they’ve defeated Ammit and Khonshu agrees before sending them to Cairo.

Back in the Chamber of the Gods, Layla learns that the only way to stop Ammit is to trap her in the body of a mortal, rather than a statue, so she will be vulnerable. Layla agrees to become the (temporary) avatar of the very giddy Taweret, who says that Layla’s father will be thrilled to hear it. A woman asks if Layla is an Egyptian superhero, to which she replies in the affirmative. Fan theories even suggest we are seeing the birth of the Scarlet Scarab — an Egyptian hero in Marvel comics.

Harrow, empowered by the resurrected Ammit, rises to the Great Pyramid and sends his followers out to judge the souls — from their pasts to their futures. The Moon Knight/s appears to confront Harrow while Layla tries on a bitchin’ new Taweret suit just in time to save Moon Knight from Harrow. Marc and Steven now effortlessly pass off the body between them.

Meanwhile, Khonshu and Ammit fight to defend their ideals — should an evil doer be judged based on their deeds or based on what they may do in the future?

Harrow strikes down Moon Knight as Ammit strikes down Khonshu and it seems that all is lost…until Marc wakes to find himself surrounded by bodies while holding Ammit’s cane to the body of Harrow. It wasn’t Marc and it wasn’t Steven — but the series has yet to reveal just who it was.

They take Harrow’s body to the Chamber of the Gods to entomb Ammit within it. Khonshu commands Marc to kill Harrow — and Ammit within him. Layla reminds him that he has a choice. Marc tells Khonshu to kill Harrow himself if he wants him dead — and to release Marc and Steven from servitude.

Steven awakens in the psychiatric hospital, speaking again with “Dr. Harrow” before rejecting that reality and waking up again in Steven’s apartment. And rather abruptly, the first season of Moon Knight comes to an end.

The post credit scene reveals Harrow now in a psychiatric institution as an unknown person wheels him out to a vehicle, suspiciously past dead bodies. Inside the car, Khonshu confronts Harrow and introduces him to his “friend” — Jake Lockley, the mysterious third identity within Marc and Steven’s body.