Who will be the next James Bond? Here are our 5 best bets - We Are The Mighty

Who will be the next James Bond? Here are our 5 best bets 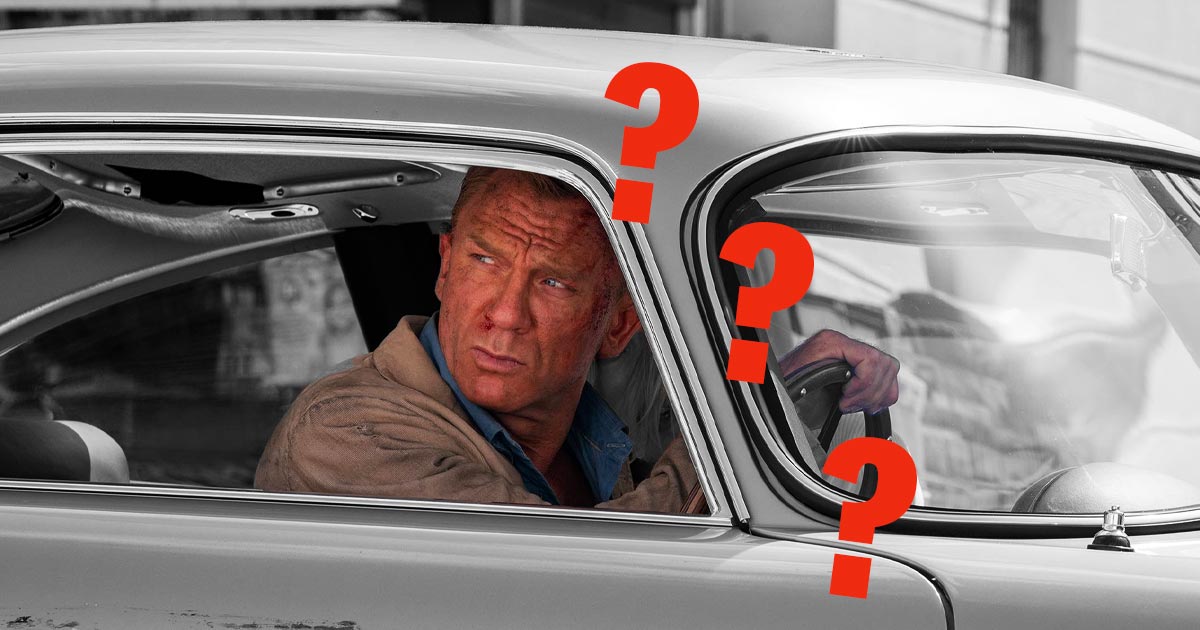 Who will play the next James Bond? Daniel Craig is ready to leave, which feels almost impossible. By the time No Time To Die hits theaters on October 8, 2021, Daniel Craig will have been the incumbent James Bond for 15 years. Interestingly, in that time, he’s only been in 4 007 movies, and No Time To Die will be his fifth, and final outing as the suave super-spy who loves to tell bad dad-pun jokes.

Prior to Craig, the actor who was Bond for the longest number of years was Roger Moore, who played Bond for 12 years between 1973 and 1985. Want proof that the movie industry was way different back then? Moore made seven different Bond films in that period. And, from 1963 to 1971, Sean Connery made six Bond movies, one more than Craig, in only 8 years. (He also took a break while George Lazenby made On Her Majesty’s Secret Service in 1969.

The point is, historically, Craig’s tenure as Bond is somewhat unprecedented insofar as he’s been embedded into the public consciousness as James Bond for a decade-and-a-half, with a significantly smaller output than at least two of his predecessors. This isn’t Craig’s fault or anything, but the result is that it’s probably going to be very hard for movie audiences to accept a new actor in the role. Craig’s new Bond films have become cultural events insofar as they are as anticipated as much as they are actually watched. Spectre, the last Craig film was released in 2015, three years after the smash-hit success of Skyfall, which, was shocking, released six years after Craig’s breakthrough with Casino Royale. Daniel Craig’s Bond feels contemporary, but his tenure of Bond films are actually now just a part of early 21st Century film history.

So, who the hell is going to replace him? Bond boss Barbara Broccoli has gone on record that the character of James Bond will always be a man. That said, it’s almost been 100 percent confirmed that Lashana Lynch’s new agent in No Time To Die might be assigned the number “007,” since that designation is interestingly not unique to the character of Bond. (In several iterations of the character, Bond inherits that number from a previously deceased agent.)

James Bond then will live on as a new man, even if 007 becomes a new character, possibly played by Lynch. So, thinking about the next Bond, which actors are even worthy?

He’s been Bane. He’s been Venom. He’s even played the younger-clone of Captain Picard. Could Tom Hardy make a convincing James Bond, or do we associate him too much with anti-heroes? Back in September 2020, a huge rumor made the rounds that not only was Hardy in contention to play Bond but that the deal was a lock. Since then, we haven’t heard much, but if there’s one actor on this list who feels very similar to the rugged and dangerous feeling of Daniel Craig, it’s probably Tom Hardy. But will it happen? Is Tom Hardy 007’s reckoning?

Back before Daniel Craig was cast as 007 for Casino Royale, Henry Cavill auditioned for EON and was seriously considered. Yes, you probably think of Cavill as Superman, (or The Witcher, or more recently Sherlock Holmes) but in 2005 he was very close to becoming Bond. Sure, he’s famous for his faux-American accent, but Cavill is British. At 37-years-old right now, he’s kind of the perfect age to take over for Bond. And, if he got it, he’d be the second Bond to have played Sherlock Holmes (Roger Moore played Holmes in 1976), and the absolute first who had also played Superman.

That’s right. Finn from the Star Wars sequel trilogy is a real contender for a new Bond for several reasons. For one thing, his fame could actually mean that doing Bond could almost scan as John Boyega doing that franchise as a favor. The Bond films need Boyega, arguably more than he needs them. The notion of a Black Bond has been floated for a long, long time. Boyega was born in London, meaning Bond is, in some ways, a natural fit. That said, Boyega is 28-years-old, which would make him the youngest Bond of all time, period. Though, as Esquire notes, even Boyega has admitted he’s still a “bit too young” for the role.

Of all the names on this list, Sam Heughan has been in the news a whole lot, discussing the possibility of becoming the next Bond. The star of Outlander has said he doesn’t want to “jinx” his chances at becoming Bond, and most recently added that he didn’t think Bond should be too “posh.” As Jamie on Outlander, Heaughan has already made a huge name for himself as a TV leading man. Notably, Roger Moore and Pierce Brosnan did the same thing before becoming Bond. Heaughan is also Scottish, and if cast as Bond, would be the first Scottish Bond since Sean Connery.

1. Someone You’ve Barely Heard Of

An early publicity still of Daniel Craig as Bond

Something that every tends to forget is that back when Daniel Craig was cast as James Bond, the initial response from a lot of press was negative. If you were a hip kid who watched a random British thriller, then you knew he was amazing in Layer Cake. If you’d gone to see the first Angelina Jolie Tomb Raider film, then you were aware he was in that movie, but you probably forgot because he was playing second fiddle to freaking Angelina Jolie. The point is, Daniel Craig was not Daniel Craig in 2006. When he was cast, he was disparaged as “James Blond” since, apparently, some people thought Bond had to have really dark hair. It’s also notable that in the early press for Casino Royale Daniel Craig’s haircut was totally different than the close-cropped look we’re used to. When he was the first cast, for many, he didn’t feel like Bond yet.

Obviously, from the first moment of Casino Royale, all of that changed. James Bond doesn’t. become James Bond until we see him on screen. And whoever follows Daniel Craig will be exactly the same, regardless if they were famous for doing something other than drinking very precise martinis.