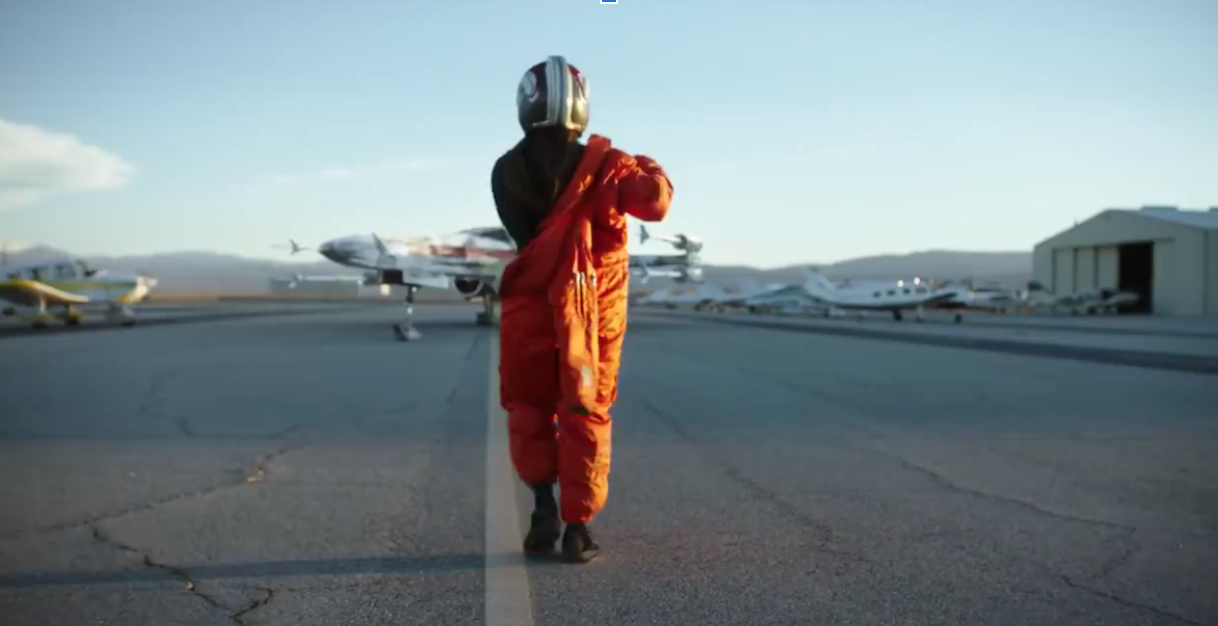 On Dec. 10, there were a lot of amazing announcements from Disney and friends, but one that stuck out the most to me was Wonder Woman director Patty Jenkins’ video for her upcoming feature film Rogue Squadron. I went into it blind, and if you haven’t watched it yet, then, well, you’re not precisely going in blind, but watch the video:

The video opens on Jenkins roller blading on what looks to be a flight line. She reaches her car and takes off her blades as she casually talks to the camera.

“I love to move fast. I think that’s because I grew up the daughter of a great fighter pilot and every day I would wake up and go outside and look up and see my father and his squadron taking off in their F-4s, roaring across the sky and it was the most thrilling thing still I’ve experienced in my entire life,” Jenkins shares.

In 2017, her breakthrough hit film Wonder Woman grossed over $821 million worldwide, making it the tenth highest-grossing film of the year as well as the highest-grossing film by a solo female director (Captain Marvel, co-directed by Anna Boden and Ryan Fleck earned $1.128 billion worldwide). The duo, and others, are proving with consistency that there’s a hunger for heroic content helmed by women.

“So when [my father] lost his life in service to this country, it ignited a desire in me to turn all of that tragedy and thrill in to making the greatest fighter pilot movie of all time.” Her father, William Jenkins, died during a NATO training exercise when she was seven years old, an event that naturally left a profound impression on her.

As her career has taken off (like, Emmy-nominated, Time Person of the Year nominated taken off), she searched for a story about flight — but couldn’t find the right one. Until now.

“Now I found a movie about two things I love, so I’m going to see you very soon,” she hinted.

And with that, she donned an iconic orange rebel flight suit and helmet and walked to an X-Wing fighter.

Rogue Squadron will mark the first time a woman has directed a Star Wars film and, according to Luscasfilm president Kathleen Kennedy, the movie will usher in a new era after the Skywalker saga and “introduce a new generation of starfighter pilots as they earn their wings and risk their lives in a boundary-pushing high-speed thrill ride. The legend of Rogue Squadron has been long beloved by fans and will move us into a future era of the galaxy.”

Rogue Squadron, named for the Rogue One squad that sacrificed themselves to procure the plans to the Death Star, is the starfighter squadron formed after the Battle of Yavin in Star Wars: A New Hope. It’s featured perhaps most prominently in the Rogue Squadron video game series.

“When the perfect story arrived in combination with another true love of mine, the incomparable world of Star Wars, I knew I’d finally found my next film. I’m extremely honored and excited to take it on, and grateful to Lucasfilm, Disney, and the fans for extending that thrill to me.”