'Ten Weeks' Episode 4: Time for weapons training - We Are The Mighty 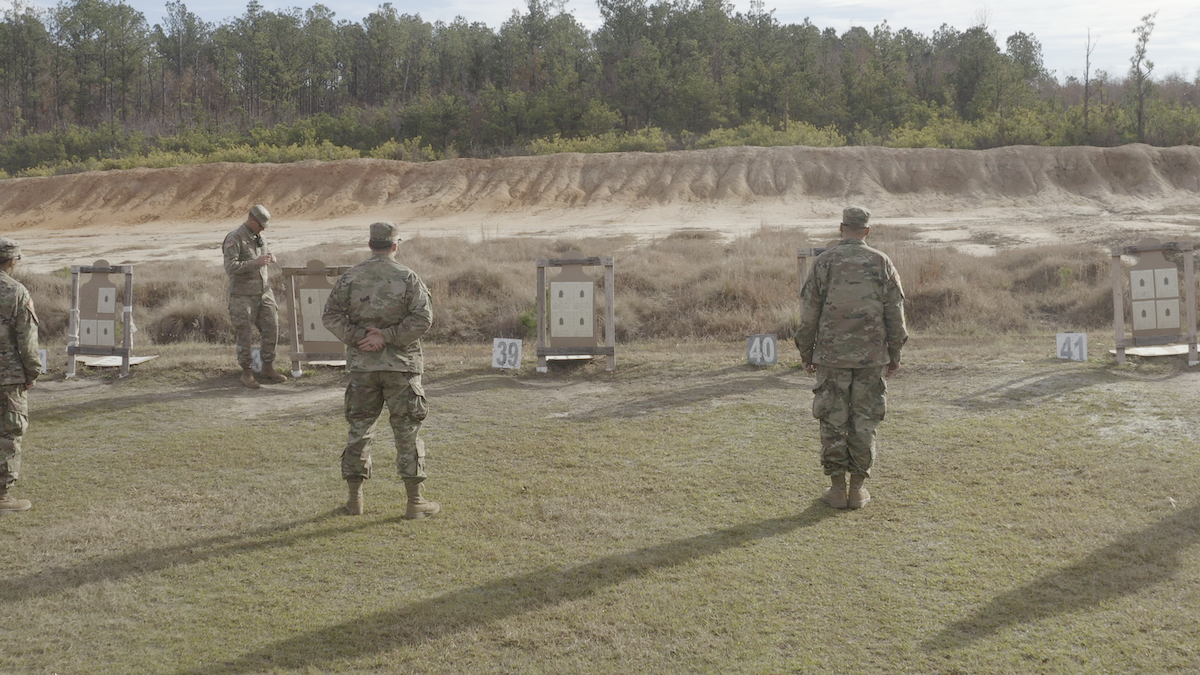 Right off the bat one recruit, Oller, has fractured a bone. He’s given a chance to qualify on his weapon and stay in training. “You have no bulletproof vest so if you get shot, most likely, you will die,” warned a drill sergeant.

Recruits must learn to ‘zero’ their weapons and train their sights for accuracy. During the first round of weapons training, Oller struggles with his accuracy. His drill sergeant points out that the recruit is probably zeroed in, but nervous and inconsistent. If he doesn’t improve, he’ll be recycled, which means he’ll go back to another unit that is in an earlier week of training — it means repeating training and remaining at boot camp longer.

While the other recruits received 25-29 out of 40 during their qualification rounds, Oller received 3. His status in Basic Training is jeopardized. He’ll have one more chance to qualify — and this time, he’ll have to test in the rain. His weapon malfunctions, his movement was limited in the cold, and at 35 degrees Fahrenheit the drill sergeants had to pause the test.

The Army is the only branch that honors the “Christmas Exodus” break during basic training. Other branches will allow active duty personnel to take leave during the winter holidays, even during job training or schools, but the Army will also shut down boot camp during Christmas and New Years.

The recruits will go home for two weeks and retest after the break. If Oller fails, he’ll be recycled.