Chapter 13: The Jedi is best episode of 'The Mandalorian' yet - We Are The Mighty

Chapter 13: The Jedi is best episode of ‘The Mandalorian’ yet 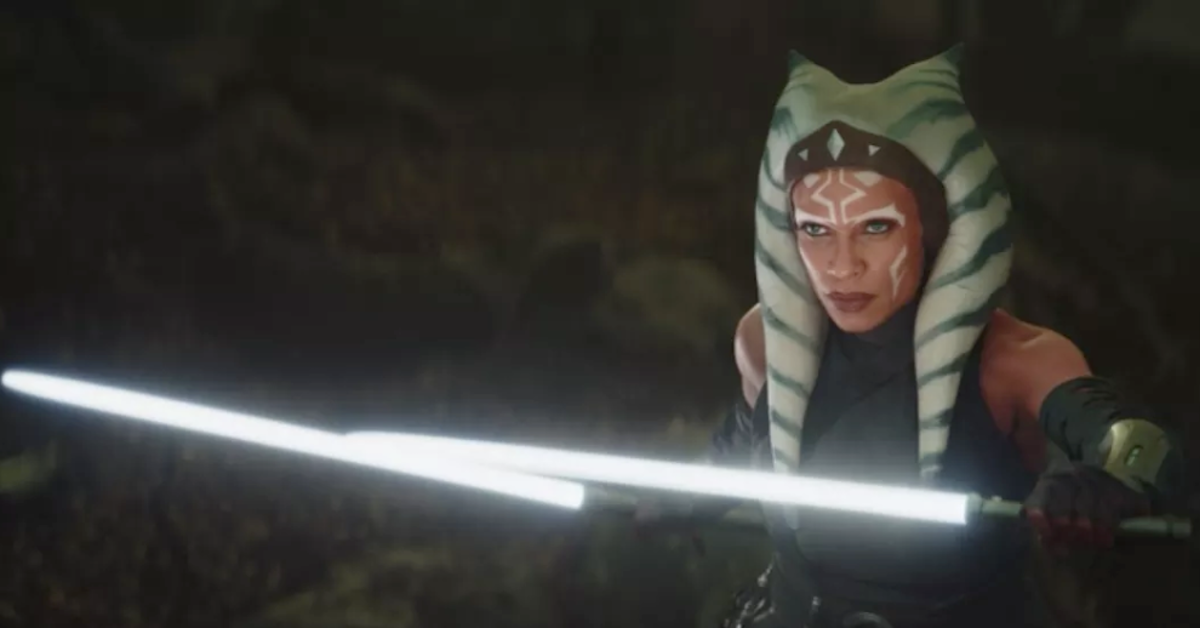 It’s right up there with Rogue One as one of the greatest Star Wars stories yet. From Jedi lore to fan favorite characters to stunning visuals, this is the kind of episode we’ve been waiting for from The Mandalorian.

Spoilers through Season 2 Episode 5 ahead.

We’ve suspected for a while now that Rosario Dawson would make her appearance as Ahsoka Tano in this episode and we were not disappointed. Episode writer and director Dave Filoni nailed this episode, beginning with the foggy outskirts of Calodan on the planet Corvus. The brownness of the forest wastes mixed with the white blades of Ahsoka Tano’s lightsabers made for an incredible display of her abilities.

For anyone who has not seen Star Wars: The Clone Wars, Ahsoka Tano was assigned by Master Yoda as the apprentice and Padawan learner of Anakin Skywalker. She served in the Grand Army of the Republic, fighting against enslavement and oppression across the galaxy. She faked her own death during Order 66 and, among other notable adventures, she confronted Darth Maul, Darth Sidious, and Darth Vader — her old Jedi Master.

So it was no surprise that she would now be taking on an Imperial tyrant known as Morgan Elsbeth, who threatens to torture and kill civilians if Tano refuses to comply with Elsbeth’s orders. Tano, instead, gives Elsbeth one day to give her the information she seeks before disappearing into the mist.

The next morning, Djarin and his little charge arrive on Corvus and enter the city. Elsbeth tries to hire him to kill Tano, thinking a Mandalorian would jump at the opportunity to take out a Jedi. She offers a spear made of pure Beskar Steel as payment.

Without accepting her offer, Djarin asks where Tano can be found.

After a pretty cool confrontation (Beskar vs. Lightsaber — fun!), Djarin announces that he’s been sent by Bo-Katan — but it’s the moment that Tano sees the Yoda Baby that really makes things interesting. Remember, Tano knew Master Yoda; she recognizes the Child’s species. She’s then able to communicate with him and she learns many things.

First and foremost, his name is Grogu. He was a Jedi Padawan during the purge of the Jedi, when he was secreted away for his protection. After he was captured by the Empire, he suppressed his powers in order to hide and survive.

Tano senses much fear in him and decides not to train him. Instead, she tells Djarin that his connection with the child is strong and they should let Grogu’s abilities with the Force fade. Djarin, still mission-oriented, insists that the Yoda Baby be returned to the Jedi. He offers to help Tano free Corvus from Elsbeth in exchange for taking the child.

They make an excellent team, swiftly taking out Elsbeth’s forces — along with a few small hero moments from brave civilians — very in line with one of the best themes of Star Wars wherein any one person can make a difference. Tano fights Elsbeth in a cinematically fantastic scene, demanding to know where her mysterious master is. Upon her victory, we also learned the name of said master: Grand Admiral Thrawn.

To which I gleefully shouted, “Oh sh**!”

Because when I was a nerdy middle-school kid, you better believe I was reading Timothy Zahn’s Heir to the Empire and the Thrawn trilogy. Though those books have since been decanonized, Thrawn was re-imagined in Star Wars: Rebels, where he served as the final main antagonist. He was last seen disappearing into hyperspace with the Rebels protagonist, Ezra Bridger — and Tano was last seen setting off on a quest to find him (along with the Mandalorian Sabine).

It would seem that Disney is, very cleverly, opening doors for live action films or series about not only Bo-Katan, but Tano, Ezra, Sabine, and of course Thrawn, as well.

In the end of this episode, Tano still refuses to teach little Grogu — but she does tell Djarin of a sacred Jedi site where Grogu can choose his own path, and perhaps call out through the Force to one of the few remaining Jedi. Oh, and she gives Djarin the spear.