The ‘Peacemaker’ trailer is here in all its glory 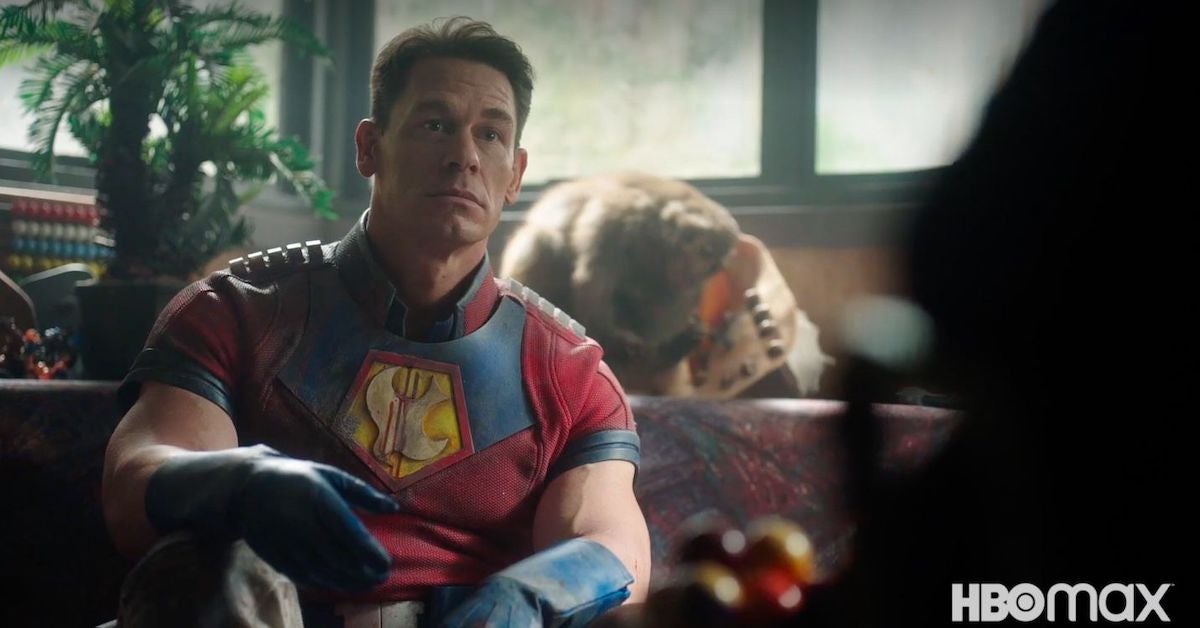 In the wake of James Gunn’s The Suicide Squad, John Cena will reprise his role as Peacemaker in a series for HBO Max. Peacemaker is a nationalist who loves peace so much he “doesn’t care how many men, women and children he has to kill to get it,” — a line that also helps convey the tone of Gunn’s superhero filmmaking.

During a panel at the Television Critics Association 2021 Summer Press Tour, Gunn mused that Peacemaker has a “backward way” of looking at things and isn’t exactly likeable. “Peacemaker is almost every guy I grew up with in Missouri,” Gunn said. “Peacemaker has a lot of issues.” Perhaps the series will give him a chance to grow and evolve.

Of course, that won’t be easy…or encouraged.

“My advice, cut it out with the introspection. The mind is a den of scorpions better left running from, not towards,” warns Freddie Stroma’s Vigilante in the trailer.

In his opportunity for redemption, Peacemaker AKA Christopher Smith is recruited by Chukwudi Iwuji’s Clemson Murn to kill more bad guys (maybe) while dealing with some severe daddy issues.

Gunn wrote all eight episodes of the DC spin-off series and will direct five episodes, including the pilot, and if the trailer (and Gunn’s track record) is any indication, then we can expect delightfully over-the-top action sequences and grim bro-humor.