‘Thor: Love & Thunder’ teaser finally released - We Are The Mighty 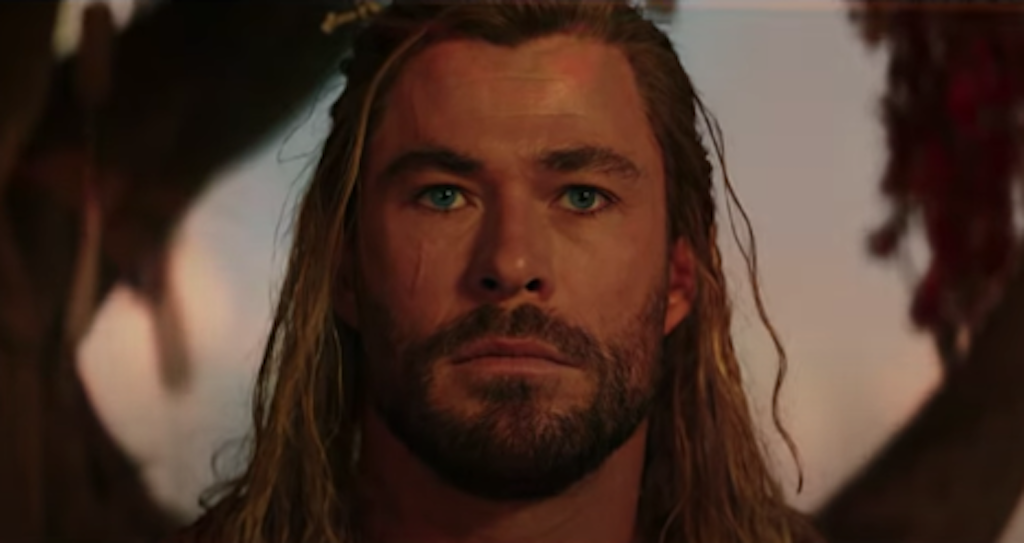 These hands, once used for battle…now they’re but humble tools for peace,” intones the voice of Thor in the eagerly-awaited teaser. Transitioning back to civilian life is wild.

“The film finds Thor (Chris Hemsworth) on a journey unlike anything he’s ever faced – a quest for inner peace. But his retirement is interrupted by a galactic killer known as Gorr the God Butcher (Christian Bale), who seeks the extinction of the gods. To combat the threat, Thor enlists the help of King Valkyrie (Tessa Thompson), Korg (Taika Waititi), and ex-girlfriend Jane Foster (Natalie Portman), who – to Thor’s surprise – inexplicably wields his magical hammer, Mjolnir, as the Mighty Thor. Together, they embark upon a harrowing cosmic adventure to uncover the mystery of the God Butcher’s vengeance and stop him before it’s too late.” — Marvel Studios

In Avengers: Endgame, we saw the toll the trauma of war with Thanos took on Thor. He was stricken with survivor’s guilt, feelings of inadequacy, and alcohol dependency. When given a second chance to defeat the Eternal, he was also given a chance at his own redemption. Raised to be the King of Asgaard, a God of Thunder, a Warrior — he decided he needed some time to reflect. He abdicated his throne to Valkyrie and…well…we’re about to find out what happens next. “I need to figure out exactly who I am,” he states in the beginning of the trailer.

Thor reunites with Peter Quill and the Guardians of the Galaxy (who are also due for a few upcoming Marvel Cinematic Universe films — including a Christmas one…cannot wait!) and witty banter ensues.

Perhaps the most anticipated preview comes at the end, when we see Jane Foster wielding Mjolnir and dressed in a new Mighty Thor-like getup. Lovers of the comics know all about Lady Thor — I for one can’t wait to see what Love and Thunder does with her.

Directed by Waititi (who absolutely slayed at the helm of Thor: Ragnarok) and produced by Kevin Feige and Brad Winderbaum, Thor: Love and Thunder opens in theaters July 8, 2022.