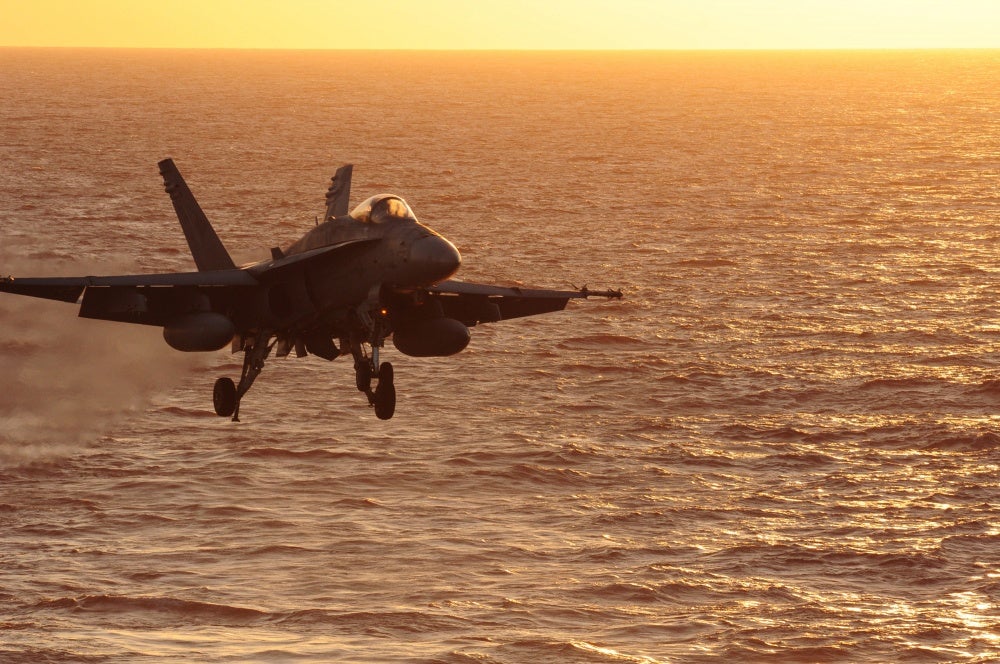 The jet age ushered in an era of intense competition for military aircraft that pushed the envelope of design and pitted some of the country’s top engineers against the toughest problems the Pentagon could come up with.

In the end, only one could be chosen, which begs the question whether the fight would have been different had the losing designs won.

The YA-9, the YF-23, the YF-17, the X-32 — these are all planes that came up just short in competition for top-dollar military contracts.

But would they have been better choices, looking back over the years?

Beaten out by the A-10 Thunderbolt II (aka “Warthog”), the Northrop YA-9 did offer a higher top speed than the tank buster the Air Force eventually adopted.

The Soviets built a knock off of this plane in the Su-25 Frogfoot. GlobalSecurity.org noted that the plane’s YF102 engines were specially designed for the plane.

Ultimately, that was one big factor in the A-10’s victory – Fairchild’s designers had used off-the-shelf systems and locked the design down.

The fact is you have to look at the results the aircraft that was ultimately delivered. The A-10 has been a legend in its ability to not only deliver ordnance on target, but to come back after being shot up.

The F-16 has been one of the most-produced combat aircraft in recent years – over 4,500 have been built, and some orders are still coming in. There’s even controversy over handing the production line over to India.

Yet it could have been a different plane. Northrop’s YF-17 was the other candidate in what was becoming a big contest as NATO allies sought to replace their F-104 Starfighters, and Congress told the Navy that they’d be getting the winner as well.

But the YF-17 was not to be – as the Air Force went with the F-16. Aviation writer Joe Baugher notes that the difference-maker in the decision was the F-16’s proven engine, even though the YF-17 was better in some areas.

The Navy and Marine Corps would eventually modify the YF-17 into the F/A-18 Hornet, which has proven itself as a mainstay of carrier air wings since the 1990s.

Could the YF-17 have been the Joint Strike Fighter about 35 years ago? That is a very intriguing question. Still, you can’t argue with the F-16’s success, and so the F-16 was probably the right call to make.

Wow… Northrop’s being mentioned a lot in this piece, isn’t it? The YF-23 is yet another plane that came just short of the production nod.

Northrop named the plane the Black Widow II (as an interesting piece of trivia, Lockheed’s choice for the F-22’s name was Lightning II, now the namesake of the F-35).

According to an Air Force Museum fact sheet, Northrop made the decision to maximize the YF-23’s stealth capabilities and speed, figuring that making the plane harder to see would help it win fights.

Lockheed, on the other hand, chose to add thrust vectoring to make its design a better dogfighter. The Air Force chose Lockheed’s design.

But the YF-23 nearly made a comeback when the Air Force was seeking an interim bomber, according to a 2004 report by Flight International.

We don’t have much combat experience to tell us how well the F-22 performs (they did carry out some strikes in Syria against the Islamic State of Iraq and Syria), but the YF-23 might have made an excellent replacement for the F-4G Wild Weasel aircraft that retired in 1996.

We talked about this bird before. The fact of the matter is that the Boeing X-32 just missed out, arguably because of the Lockheed demonstrator’s lift-fan performance.

In this case, playing it safe potentially cost Boeing what could be the largest fighter contract in history.

That being said, the X-32B’s use of the more-proven thrust-vectoring to acquire its V/STOL capability might have cut down on the RD time – and costs – enough to get to the Marines sooner.

With Hornets falling out of the skies (one Hornet crash off Okinawa was fatal for the pilot), that may have been very important – even if the plane had the nickname “Monica.”