Watch: Army Marksman Splits Playing Card With a Pistol - We Are The Mighty 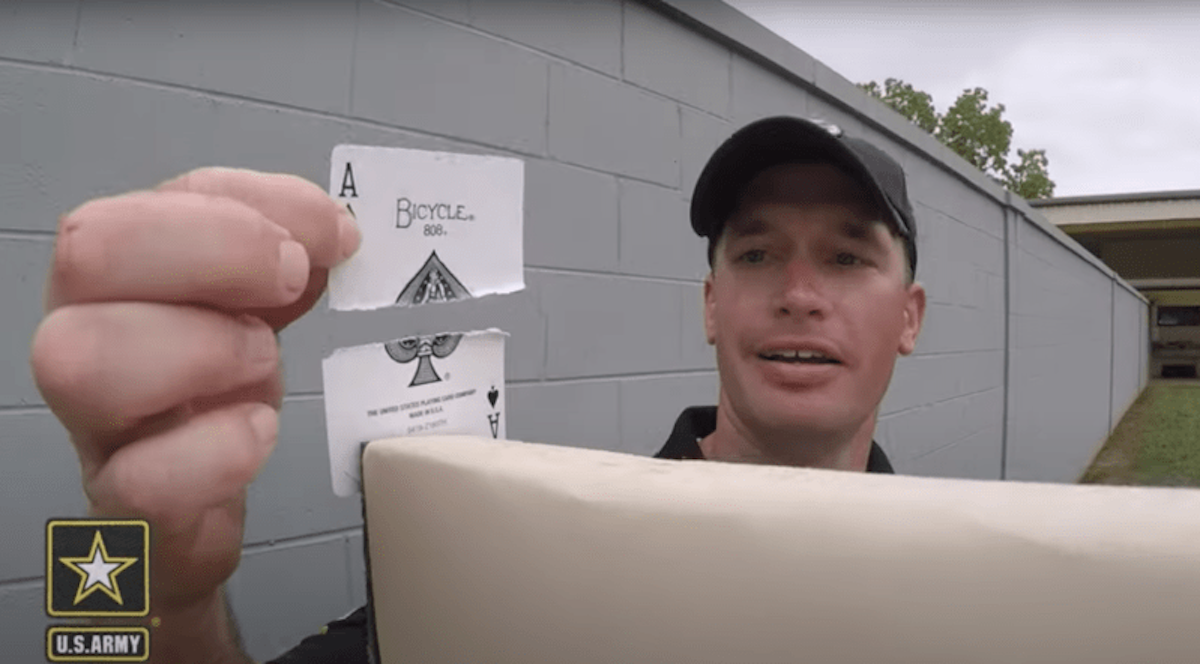 By and large, anyone who has worn the uniform for longer than a day should be a good enough shot to hit a target at the range. But when it comes to being a U.S. Army Marksman, your game has to be on point.

Dwight D. Eisenhower established the U.S. Army Marksmanship Unit in 1956. Its mission was to win international competitions which were dominated at the time by the Soviet Union. The unit would go on to underpin U.S. Olympics shooting teams, including the 1964 team which yielded seven medals at that year’s Summer Olympics. Six of the seven medals were won by Army Marksmanship Unit members.

The USAMU enjoys a reputation as one of the country’s premier school for competitive shooting. It also aids in the training of U.S. military snipers and assists in the development of weapons.

Shooters like Clegg need to train with challenges that push the boundaries of marksmanship. They are also routinely coming up with trick shots to hone and showcase their skills. For the challenge in this video, SSG Clegg has decided to try and slice a playing card lengthwise in half. You read that right. He’s attempting to hit a single playing card lengthwise with a round from a service pistol. Most playing cards measure about 0.17 to 0.24mm thick. That is thinner than a grain of salt…

The trick? SSG Clegg shoots with one hand. And before you cry bull, remember, this is no long rifle with a high-powered scope.