How B-52 Bombers shot down enemy fighter jets in Vietnam 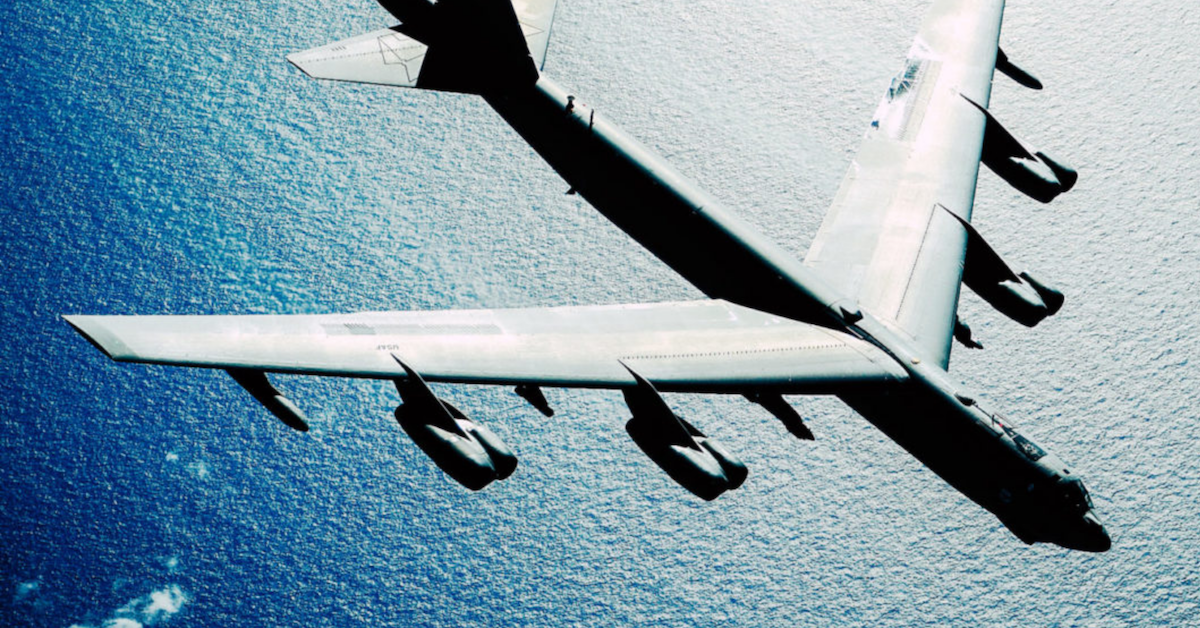 The air war over Vietnam saw some incredible dog fights, but it still may surprise you to learn that the mighty B-52 heavy bomber successfully shot down not one but two Vietnamese Mig 21 fighter jets near the tail end of the conflict.

The venerable Boeing B-52 Stratofortress has been flying since 1952, and thanks to a series of upgrades, will continue to for decades to come. The massive jet bomber may have been designed in the 1940s (in fact, it was designed almost entirely in a single weekend), but its massive airframe and eight jet engine-design have proven so capable over the years that the B-52 is now expected to outlast newer bombers that were developed to replace it. As the B-21 Raider inches toward production, both America’s B-2 Spirit (stealth bomber) and B-1B Lancer (supersonic bomber) are expected to be put out to pasture, while the legendary B-52 keeps right on flying.

The B-52 BUFF (as service members tend to call it) has been flying combat missions for so long that it actually used to come equipped with a tail gunner position to defend the slow and steady bomber against encroaching fighters. Of course, as fighter technology continued to improve, the United States moved away from manning guns on their heavy payload bombers and toward flying with their own fighter escorts. While most people tend to think of World War II when they imagine gun turrets on a bomber, the most recent enemy fighter to be shot down by a B-52’s guns was actually in the 1970s.

It was Christmas eve in 1972, and the B-52D bomber known as Diamond Lil was flying a bombing run over Thai Nguyen when its tail gunner, Airman 1st Class Albert Moore, spotted a Soviet-built Vietnamese Mig-21 closing with them fast.

“I observed a target in my radar scope 8:30 o’clock, low at 8 miles,” Moore wrote six days later in a formal statement. “I immediately notified the crew, and the bogie started closing rapidly. It stabilized at 4,000 yards 6:30 o’clock. I called the pilot for evasive action and the EWO (electronic warfare officer) for chaff and flares.”

For Moore, it had to be a nerve-racking moment. Only one other B-52 tail gunner had scored a successful kill against a Vietnamese fighter, though more than 30 B-52s had been shot down throughout the conflict. In fact, the first time a B-52 had ever shot down a Mig had only happened a few days prior. In other words, the odds seemed pretty squarely stacked against Moore and his crew.

“When the target got to 2,000 yards, I notified the crew that I was firing. I fired at the bandit until it ballooned to 3 times in intensity then suddenly disappeared from my radar scope at approximately 1,200 yards, 6:30 low. I expended 800 rounds in 3 bursts.”

Those 800 rounds poured out of Moore’s four .50 caliber M3 Machine Guns. The kill was confirmed by another tail gunner named Tech. Sgt. Clarence Chute, who was aboard a nearby B-52 called Ruby 2.

“I went visual and saw the bandit on fire and falling away,” wrote Sergeant Chute. “Several pieces of the aircraft exploded, and the fire-ball disappeared in the undercast at my 6:30 position.”

Moore would go down in history as not only the second B-52 gunner to score a kill against a Mig, but also as the last bomber-gunner to ever engage enemy fighters in American service, despite tail guns surviving on the B-52 until the 1990s.

Today, the B-52 remains in service as an essential part of America’s nuclear triad, and believe it or not, as a close air support aircraft in uncontested airspace. The B-52’s long loiter time and massive payload magazine make it an excellent choice for precision strikes against ground targets, where it’s seen use in both Iraq and Afghanistan in recent years. Thanks to a slew of cockpit upgrades and improved weapon system storage, the Air Force intends to keep flying the mighty BUFF past the century mark, with some B-52s expected to remain in service as late as 2060.