The best lever action rifles - We Are The Mighty

These are the best lever action rifles 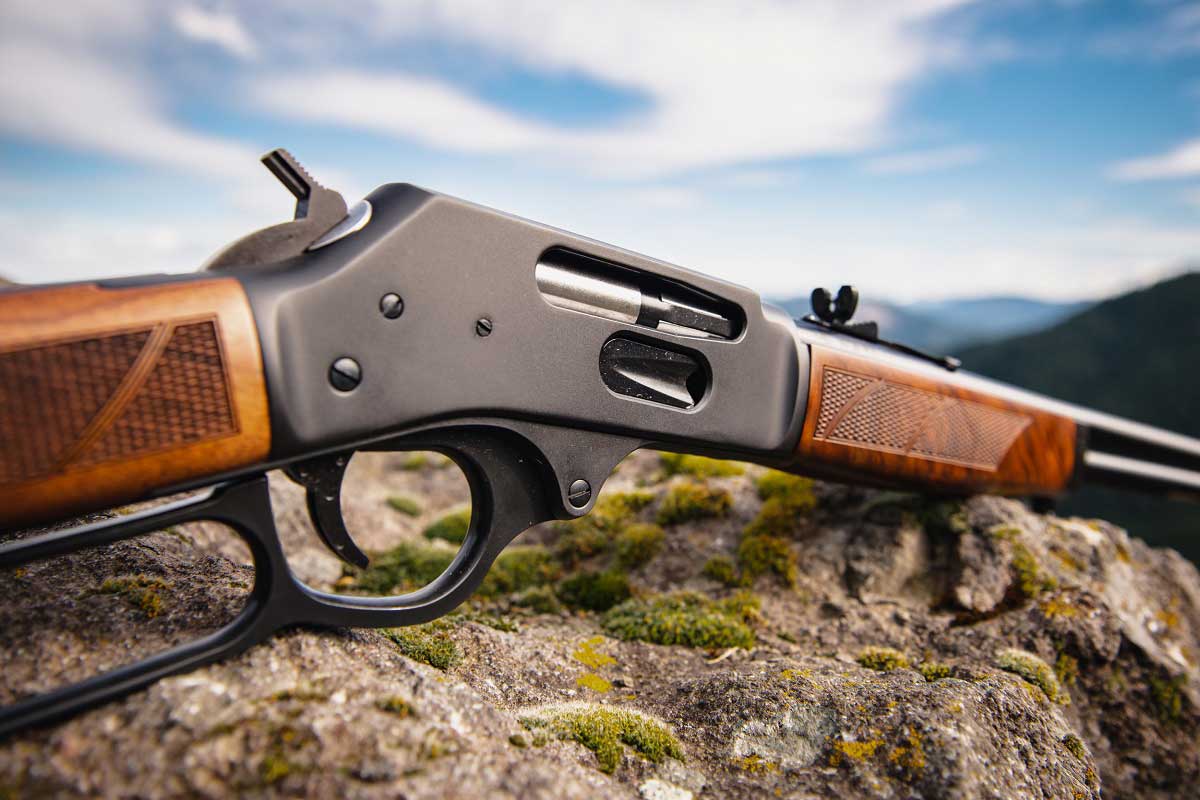 So why choose the Henry 30-30 lever action rifle? It’s one of the most accurate lever action rifles available, thanks to a crisp, clean trigger pull and precision engineering. The Henry 30-30 rifle works well for hunting small game at short to medium distances. Yet, other options may appeal to those wanting increased durability, power, or range.

Here are the top three picks for the best lever action rifle:

The Henry 30-30 Lever Action Rifle is one of several lever action rifles from Henry, which is also one of the most trusted names in this category. The original Henry repeating rifle was the basis for the first Winchesters. The Henry 30-30 lever action rifle is chambered for 30-30 Winchester rounds, which gives you the stopping power needed for hunting deer. It is also accurate at distances of 100 yards or so. You can use this rifle for hunting deer or target shooting at medium distances. The rifle is very reliable even in the roughest environments but may not last long without proper care and maintenance. You need to carefully clean the rifle to avoid wear on the barrel and ensure consistent operation for years to come.

The Browning BL-22 FLD Grade 1 Lever-Action Rifle is chambered for 22 short, 22 long, and 22 LR rounds. It features a 20-inch barrel, as with the previous two options. The Browning BL-22 also has a large 15+1 round capacity. The smooth lever action, lightweight design, and large capacity make this a top recommendation for plinking and hunting small game. The 22LR rounds work well for hunting smaller game, such as squirrels, foxes, prairie dogs, and raccoons. However, many states do not allow deer hunting with a .22 rifle.

The Rossi Rio Bravo is an affordable lever action rifle with a suggested retail price that is much lower compared to the previous options. As with the Browning rifle, it uses .22 long rifle rounds, making it better suited for hunting small game instead of deer hunting. The rifle weighs about 5.5 pounds, making it one of the lightest recommendations. It includes a shorter 18-inch barrel instead of the 20-inch barrel found on the previous rifles, which lowers the weight and accuracy at longer ranges. The Rossi Rio Bravo also has a large capacity. It can hold a total of 16 rounds, with 15 in the tube magazine and 1 in the chamber.

Conclusion – Which is the Best Lever Action Rifle?

The Henry 30-30 Lever-Action Rifle is the successor to one of the most popular lever-action rifles ever made. It remains a tried-and-true favorite for deer hunting thanks to its accuracy and reliability. Yet, the Henry 30-30 may not hold up to rough environments and constant use as well as the Winchester 94. The Winchester includes more durable components but also costs a few hundred dollars more. The Browning BL-22 is a solid choice if you prefer plinking and hunting varmints. It’s chambered for 22 rounds, which offers less stopping power compared to the 30-30 rounds. If the price is out of your range, the Rossi Rio Bravo Lever Action Rifle is an affordable yet reliable option.