China’s Drone Force Will Be Faster, Stealthier and Suicidal - We Are The Mighty

China’s Drone Force Will Be Faster, Stealthier and Suicidal 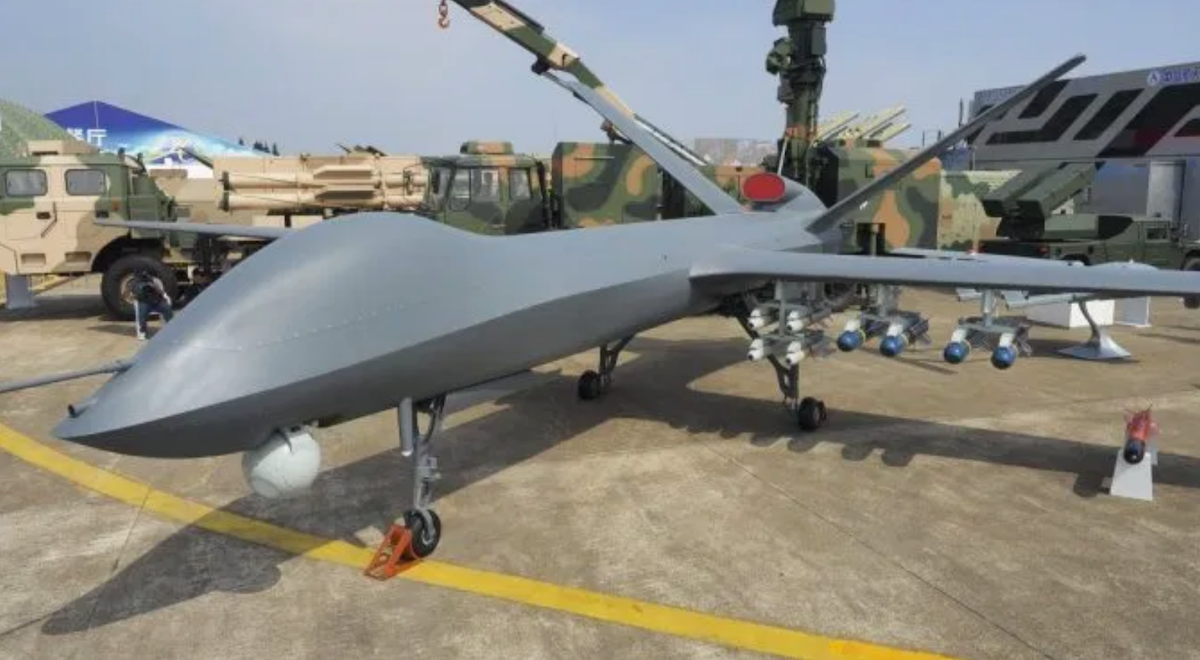 The 2021 version of the National Defense Authorization Act (NDAA), has recognized China’s rise as a global military and economic power. Resultantly, it includes the Pacific Defense Initiative (PDI) which is hoped to deter China’s rise.

The Pentagon has recognized that both China and Russia will be the military’s potential near-peer adversaries for the foreseeable future. The Chinese, in particular, have made huge strides in technology, in part by a continuous industrial espionage effort. They now have their first overseas base in their history.

One area where the United States may have an advantage is in the realm of military unmanned aerial vehicles (UAVs) also known as drones. The Chinese watched with some trepidation at what transpired in the Armenia-Azerbaijan conflict over the disputed region of Nagorno-Karabakh.

The Azerbaijani military, with the help of Turkish drones, transformed the battlefield. And despite the Armenian’s superiority in tanks, armored vehicles, and radar coverage, the Turkish and Israeli drones tilted the battlefield firmly in the favor of Azerbaijan.

The Armenian forces were easily picked off. Every time that the Armenians moved forward and tried to maneuver their forces into a better position, the reconnaissance drones would pinpoint their locations. Videos taken from the drones show how one-sided the battlefield was.

The Chinese military has recognized that it is lacking in counter-drone capabilities, according to an article published in the latest edition of Naval and Merchant Ships. That publication is published by the state-owned China State Shipbuilding Corporation which is a company that is building its products for the People’s Liberation Army (PLA).Read Next: China reveals its new drone warships

“In the case of the Nagorno-Karabakh conflict, the ‘shield’ to counter drones was not used effectively,” the article said. “Although each side hit large numbers of enemy drones, neither had the capabilities to stop incoming drones from inflicting damage.”

“Our military has a large number of drones of various types and is also facing the threat of advanced enemy drones… compared with the drones we saw in the Nagorno-Karabakh conflict, the drone threat confronting us is more technologically advanced, harder to detect and defend [against],” the article added.

“For most grassroots units of the Chinese military, how to counter drones is still a new lesson,” the article said. The article recommends that individual units further study the characteristics of the strengths and weaknesses of all types of drones and the strategies to combat them.

The Chinese military has plenty of drones at its disposal. Most analysts believe that, at least for the time being, China will not utilize its UAV capabilities in the aggressive way that the U.S. has, for example by conducting targeted assassinations like that of MG Qassem Soleimani back in January. Instead, it is believed that the Chinese are more conservative in their approach.

“Future warfare will involve more technology and fewer humans,” military spokesman Ni Lexiong said earlier this year. “Air superiority is the key to victory, so UAVs will have a very important role to play.”

The PLA is developing new drones with better stealth, speed, endurance, and altitude capabilities including new “suicide drones” that can be launched in a swarm from either helicopters or ground tactical vehicles.

Simultaneously, to counter drones, the Chinese are trying to develop a multilayer detection network that will consist of specialized radars, radio detection stations, and other means to monitor and target incoming drones. The article stated that the PLA is also looking into other measures such as electronic jamming, the use of LD2000 ground-based anti-aircraft defense weapons, and scattering fake objects.

The U.S. is also working on new UAVs including the Kratos XQ-58A Valkyrie, an unmanned and experimental combat aerial vehicle. The Valkyrie is difficult for radar to find and could be directly linked to the F-35 through an encrypted data connection to serve as a wingman under the pilot’s control.

These support drones will be able to engage ground targets from fighters and even sacrifice themselves to protect manned aircraft from inbound missiles.

Air defenses will continue to evolve and anti-drone technology will no doubt improve in the near future. However, for now, fighters on today’s battlefield can expect to see waves and waves of drones.