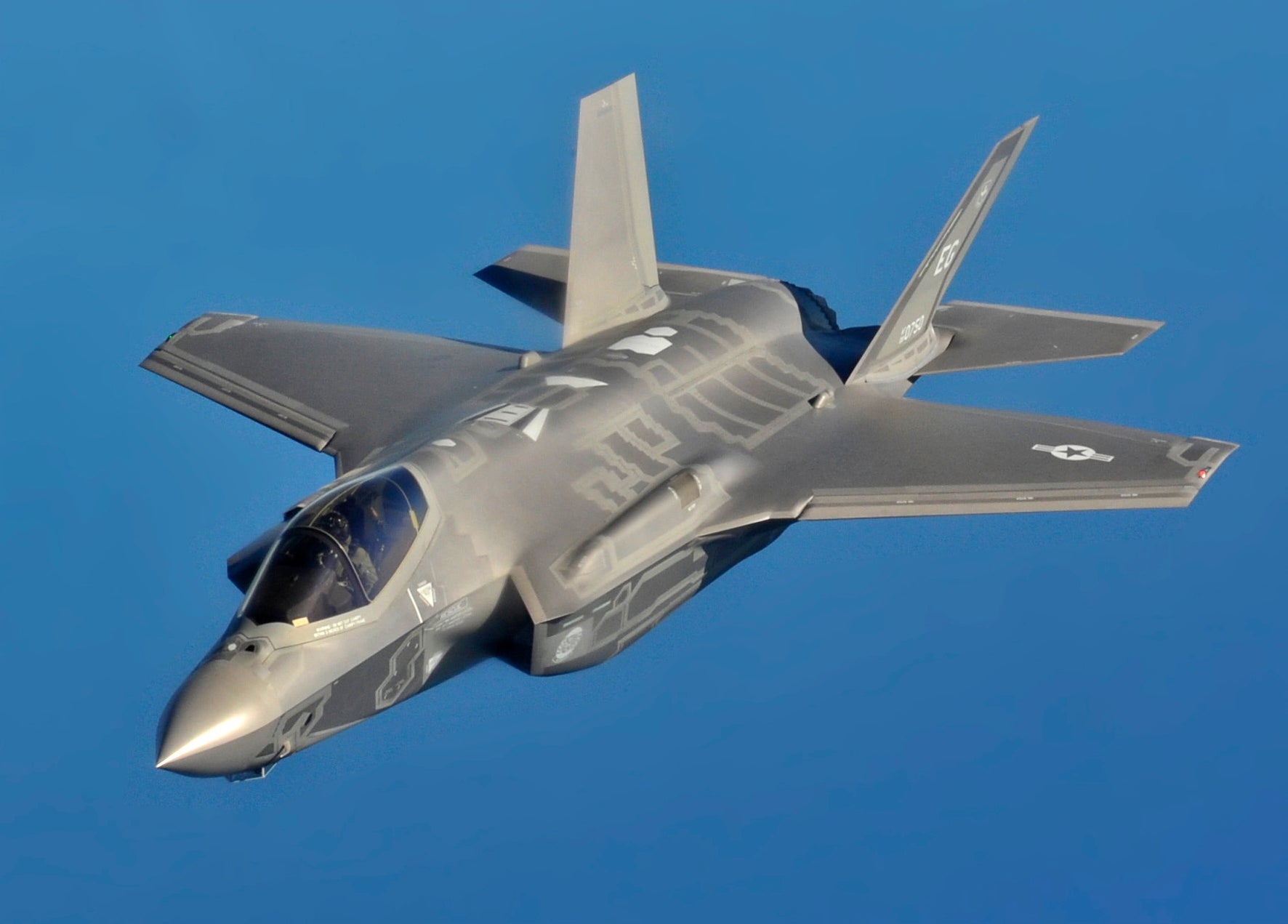 In 2020, unpredictable times bore a new normal without advanced warning. Countries and businesses were forced to ‘pause’ with frontline healthcare providers and essential workers supporting citizens’ everyday lives. For the F-35 Lightning II, the most lethal aircraft in the Department of Defense (DOD) air combat arsenal, production and worldwide operations continued during the global pandemic. The F-35 Enterprise rose to the challenge, ensuring Warfighters remained combat-ready, deployable, and lethal when called into action.

The F-35 Joint Program Office (JPO), its industry partners, and international allies have addressed many COVID-19-related obstacles, with a sharp focus on the safe and effective delivery of the complex weapons system to its customers. The F-35 Enterprise saw key programmatic and operational milestones in the months following the pandemic’s onset, despite increasing barriers.

The year 2020 saw 123 F-35s delivered to customers around the world to meet their missions and maintain their military edge. The 123rd aircraft built at the Final Assembly and Checkout (FACO) facility in Cameri, Italy, was delivered to the Italian Air Force. Also during this year, the 500th aircraft was delivered to the Burlington Air National Guard, and the 600th to Marine Corps Air Station Yuma. Additionally, records were set when the F-35 Production Delivery Operations Team managed the delivery of 13 aircraft over 45,000 miles in less than five days; with all of the aircraft landing “Code 1” at the customers’ destination.

First Aircraft Arrivals were achieved at eight bases/units, most notably Korea and Japan, and USS Makin Island was certified for deployment. In April, the 354th Fighter Wing at Eielson Air Force Base, Alaska received its first two F-35As and became the Pacific Air Forces’ first base to house the F-35. The base is scheduled to receive 54 F-35As, making Alaska the most concentrated state for combat-coded, fifth-generation fighter aircraft. In December, the 355th Fighter Squadron ‘Fighting Falcons’ was reactivated to become the second F-35A squadron within the 354th Fighter Wing at Eielson. The Vermont Air National Guard welcomed their final F-35A to complete the 134th Fighter Squadron’s initial stand-up, and completed their 500th flight.

Operationally, there were eight global operational deployments, comprising of 70 total aircraft. The United States Air Force deployed F-35 teams for 18 consecutive months from April 2019 until October 2020 in the Central Command Area of Responsibility with hundreds of weapons employments in support of the U.S. and our allies. Several hundred personnel from the U.S. Navy and U.S. Marines aboard USS America (LHA 6) are currently deployed to the Pacific with a team of F-35Bs to heed the call if needed. The F-35Bs with the 31st Marine Expeditionary Unit conducted operations aboard USS America with the Japan Maritime Self-Defense Force destroyer JS Akebono (DD 108). America and Akebono conducted a series of bilateral exercises – improving readiness while underway in early April. Additionally, USS Carl Vinson (CVN 70) departed San Diego in September to execute flight operations with U.S. Navy Strike Fighter Squadron 147 ‘Argonauts’ (VFA-147), the Navy’s first F-35C operational squadron. It completed several certifications, including flight deck and carrier air traffic control center certifications, to keep on schedule for the historic 2021 F-35C mission.

Success would not be as great if it were not for the F-35 Program’s International Cooperative Partners and Foreign Military Sales Customers. In April, May, and June 2020, at the height of the pandemic, these key entities achieved several feats. The U.S. Air Force and Israeli Air Force completed the ‘Enduring Lightning’ exercise in southern Israel with numerous protocols to maintain health standards. The Royal Norwegian Air Force also completed their first NATO patrol and deployed to Iceland in 2020. In July, Italian F-35s took over the NATO mission in the North. During one historic mission, they were scrambled in response to Russian military aircraft operating in the North Atlantic again. The alert scramble marked the first time an F-35A of any partner nation was scrambled under NATO command for a real-world mission from Iceland.

The strong ties between the United States and the United Kingdom were demonstrated in September and October as HMS Queen Elizabeth embarked on a historic deployment with its F-35Bs. The U.S. Marines’ F-35Bs accompanied the 617 Squadron in exercises over the North Sea. The carrier sea training aboard HMS Queen Elizabeth enhanced F-35B integration within the Royal Navy’s carrier strike group. These same aircraft will sail this year in 2021 with the ship on her maiden Global Carrier Strike Group 21 deployment. To end the successful year for the United Kingdom, they declared Initial Operational Capability (Maritime), (IOC-M); while Australia also declared IOC for their F-35A fleet to close out the year.

F-35 system developments brought further accomplishments in 2020. The Australia, Canada, and United Kingdom Reprogramming Laboratory (ACURL), team at Eglin Air Force Base, Fla., achieved IOC in February, a significant milestone for the F-35 Enterprise. The ACURL team specialists compile and test Mission Data File Sets that allow the F-35 to assess threats and command the battlespace. This past summer, the F-35 program also demonstrated a new level of interoperability, aimed at improving future combat data sharing among the U.S. Services, Cooperative Partner nations, and FMS customers. This was achieved when operational test pilots from Edwards and Luke Air Force Bases validated the new concept’s feasibility and effectiveness by executing a series of flights using two U.S. and two Netherlands F-35As operating with the same mission data file. Coalition Mission Data provides a common operating picture across a large multi-national force, affording commanders the ability to operate a mixture of F-35s regardless of variant or nationality.

The F-35 Enterprise closed out 2020 exactly how it began: Delivering game-changing air power to our Warfighters through the persistence of the talented workforce that continues to keep the aircraft soaring – and will continue to do so for decades to come.

The F-35 JPO is comprised of more than 2,000 uniformed, civilian, and contractor personnel, distributed across more than 40 locations around the world. The program provides Fifth Generation weapons system technology in support of air combat missions for the U.S. Air Force, U.S. Navy, U.S. Marine Corps, seven F-35 cooperative partner nations, and a growing number of foreign military sales (FMS) customers. The F-35 JPO has delivered the F-35 aircraft in partnership with industry partners Lockheed Martin, Pratt & Whitney, and a diverse team of subordinate suppliers. As of 31 December 2020, more than 600 F-35s have been delivered, over 355,000 safe flying hours have been accumulated, and over 1,255 pilots and 10,030 maintainers have been trained.