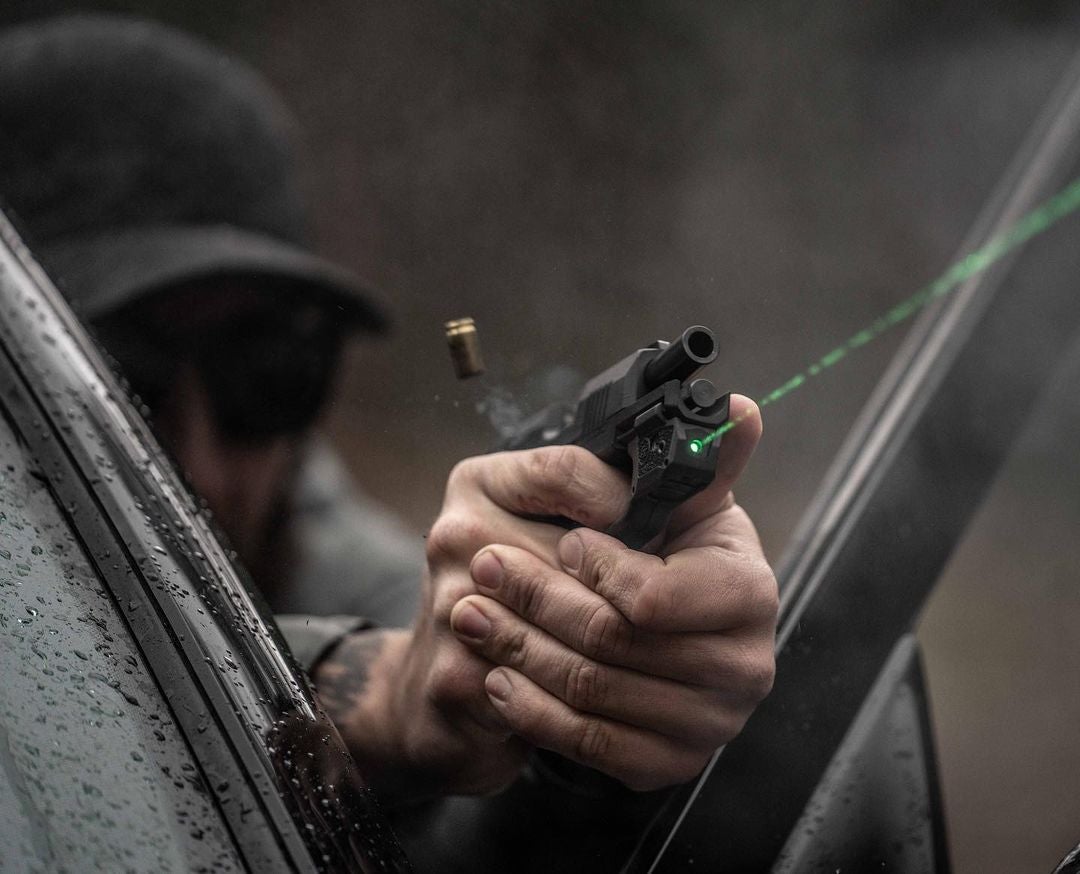 The Special Operations Command (SOCOM) Family of Low Visibility and Concealable Pistols are a diverse array of pistol platforms that were quietly procured by SOCOM for US Special Operations units. Once procured, they were on the hunt for laser sights to attach to these low-vis firearms.

Designed to provide operators the ability to protect themselves in situations where they’re clothed in the local indigenous attire, street clothes or even a standard military uniform, but still needed a concealable weapon for personal defense.

These concealable pistols needed to be effective in both broad daylight and in low light conditions for operations conducted during the night. To do that, they needed to equip these pistols with laser sights, but do they choose red laser sights, green laser sights, IR or a combination of visible and non-visible?

According to Crimson Trace, there’s a widely held misconception that special operations units use green laser sights when engaging threats during nighttime operations, a myth that’s been perpetuated by television and movies. Those laser sights that are clearly visible at night with night vision goggles (NVGs) are actually infrared laser sights and are not visible to the naked eye.

In broad daylight, especially in very bright conditions, the human eye is able to see green light better since the wavelengths emitted by green light trigger both the M-and L-cone receptor cells within the eye. Essentially, green light triggers a higher number of those 6 million cones inside the eye to react. In very bright conditions such as at the range on a clear, sunny day, green laser sights will be more visible on target than a red laser sight.

There’s nothing wrong with mounting a red laser sight on firearms. They’re great if you want a laser on your pistol, shotgun or rifle. Red laser sights can be cheaper, their battery life lasts longer and they work great in low-light conditions and complete darkness. But they’re not green.

Here’s are the two most popular reasons why green laser sights differ from red laser sights:

While the market for red laser sights has been a popular one for quite some time, the availability of green laser sights lights worthy of special operations units and the operations they undertake is a lot smaller of a market for the military. It really comes down to each mission set and what the requirements are. While many of these units operate primarily at night and use non-visible IR lasers, there are instances where they may need a laser sight for daytime operations. Mission dictates equipment.
Whether it’s red or green, having a laser sight for a pistol makes the firearm more versatile, accurate and deadly. Green laser sights will, however, enable the shooter to accurately engage threats in ALL light conditions. Shooters don’t have to align the iron sights with your eye to make an accurate shot, even at moderate ranges, enabling them to react quicker and more efficiently. No matter which color laser sight the military chooses, they really can’t go wrong with either in their inventory.