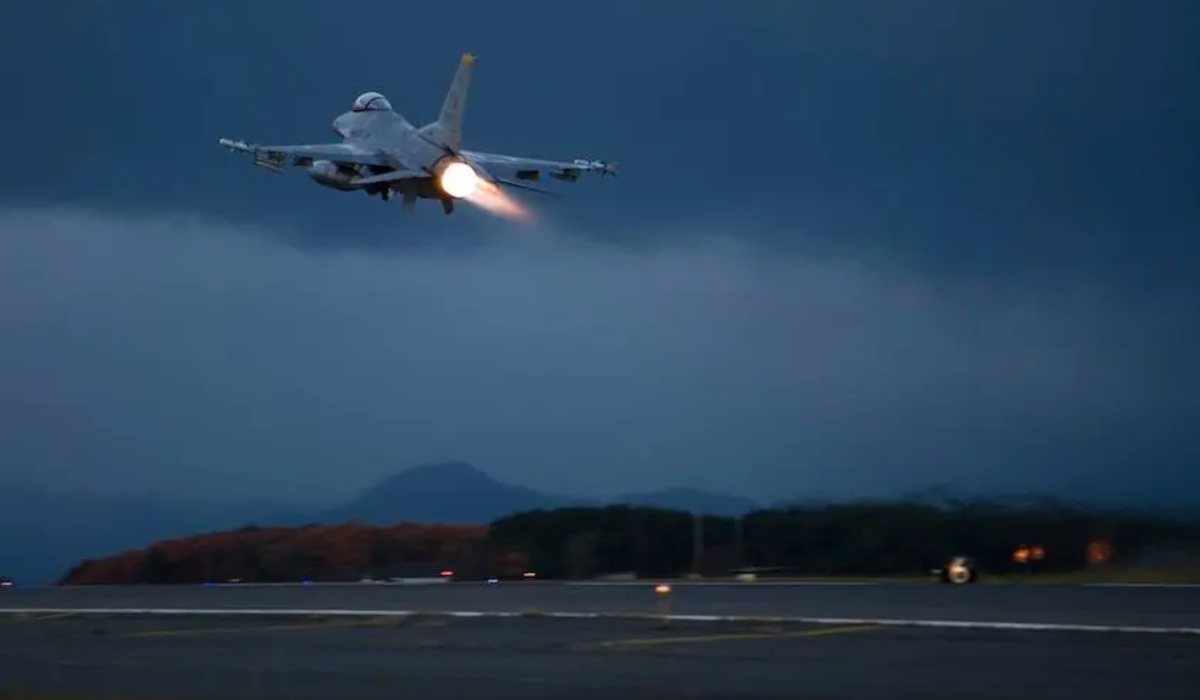 The first time you select afterburner in a fighter is an experience you’ll never forget. Over a decade later, I can still remember every second of it.

I had made it through the attrition of pilot training and was now in the 9-month B-Course learning to fly the F-16. After several months of academics—going over every system on the jet and how to troubleshoot malfunctions, it was time to finally get in the air.

The way the jet is configured makes a big difference in terms of its performance. Usually, there are several weapons, pods, and fuel tanks hanging off the jet, which makes it much more capable in combat. However, they add a significant amount of weight and drag to the airframe.

The squadron leadership had decided to completely clean off the jets for our initial phase of flying—nothing external would be added, making it the stripped-down hot-rod that John Boyd famously envisioned back in the ’70s. It’s a rare configuration that I’ve only seen a handful of times during my career.

On the day of the flight, after I strapped in, I started the engine and could feel the F-16 coming to life: the slow groan of the engine transforming into a shrieking roar.

After the ground-ops checks, my instructor and I taxied to the end of the runway—as a wingman, my job was to follow him throughout the sortie. Once we received clearance to take off, he taxied onto the runway and pushed the throttle into afterburner.

I could see the nozzle of his engine clamp down as the engine spun-up into full military power—the highest non-afterburning setting. The nozzle then rapidly opened as the afterburner kicked in and a 10-foot bluish-red flame shot out of the back of the engine. Looking into the engine, I could only see a few feet of the nozzle before it disappeared into a whitish-yellow fire, similar to the sun. As he rapidly accelerated down the runway, I taxied into position.

After 15 seconds, I pushed the throttle forward until it hit the military power stop. I then rotated the throttle outward, which allowed me to push it further into the afterburner settings. Nothing happened for what seemed like a minute, but in reality, it was only a few seconds. It was enough time for me to look down to make sure nothing was wrong when, suddenly, the thrust hit me in the chest.

Before flying the F-16, I had flown a supersonic jet trainer called the T-38, so I was familiar with high-performance aircraft… But this acceleration was on another level. Before I knew it, a second jolt of thrust hit me, further increasing my acceleration—and the engine wasn’t even at full thrust yet.

There are five rings in the back of the engine that make up the afterburner. Each ring has hundreds of holes, through which fuel is sprayed at high pressure and then ignited. In order to not flood the engine, each ring sequentially lights off. So far, only two of the five rings had started spraying fuel.

The interesting thing about the way a jet accelerates is that as it goes faster, it accelerates faster (to a point). This is unlike a car, which starts off quickly and then slows down. As each afterburner ring lit off, my acceleration further increased. Before I knew it, I was at my rotation speed of 150 knots, or 175 mph. As soon as I was airborne, I began retracting my gear, reducing my drag, which further increased my acceleration. Even though it takes just a few seconds to retract the gear, I came dangerously close to overspending the 300-knot limit.

The one thing that stands out about that takeoff is that even though I was operating way behind the jet, I was smiling the whole time–it was an awesome experience that I’ll never forget.