How to fire a World War II bazooka 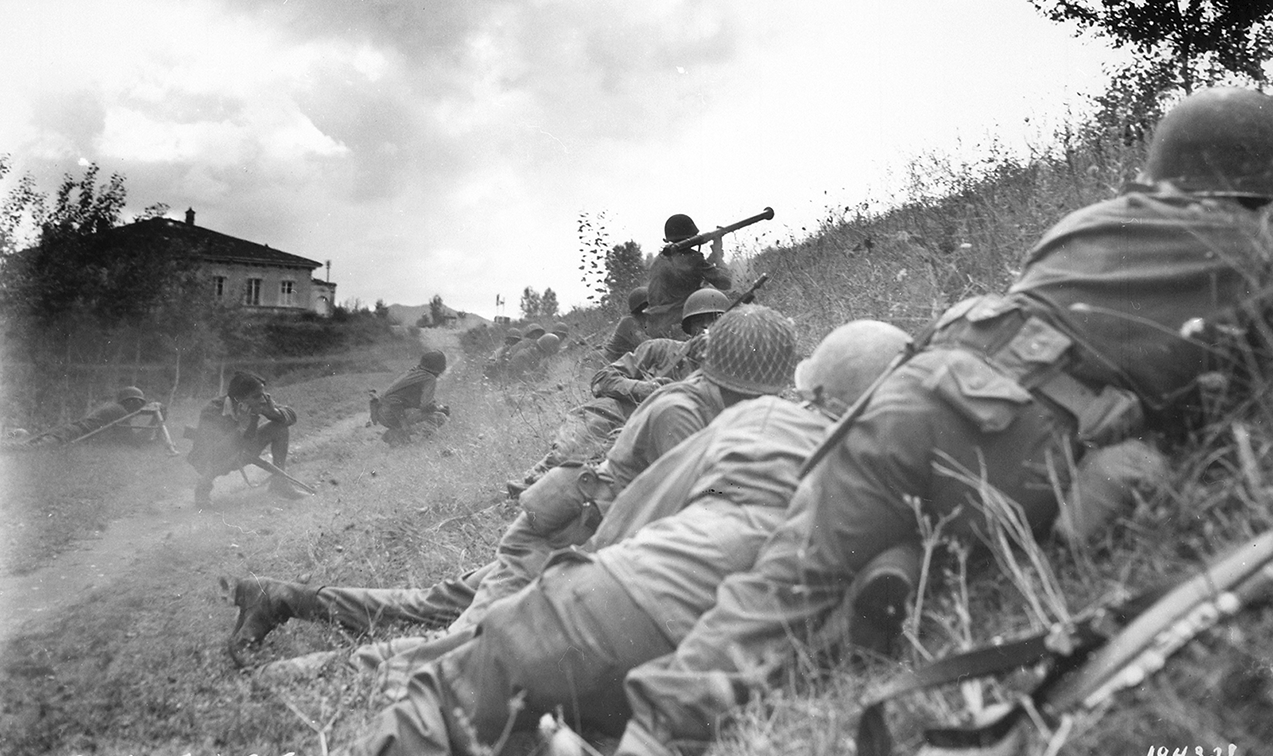 Infantry have long been looking for a way to deal with tanks. Today, missiles like the FGM-148 Javelin and BGM-71 Tube-launched, Optically-tracked, Wire-guided (TOW) can give even the lightest of infantry forces the ability to give an armored unit a bloody nose.

In World War II, those lethal tank-killers weren’t around, but the need for a tank-killer a grunt could carry was obvious. After all, the Nazis used the blitzkrieg tactic across Europe to great effect. The Americans had an decent anti-tank grenade, but it was so heavy that the effective range made using it like a grenade suicidal.

Then someone had the bright idea to make the grenade a rocket. The M1 bazooka entered service in 1942. According to modernfirearms.net, the M1 fired a 60mm M6 anti-tank rocket that had an effective range of about 300 yards. It could do a number on a Nazi tank – and many Nazi tank crews were unavailable for comment about the bazooka’s effectiveness.

Like the modern FGM-148 Javelin, the bazooka had a two-man crew. But while the Javelin has a range of just over one and half miles, the bazooka couldn’t even reach one-fifth of a mile. Still, though, it was a major improvement over nothing.

The crews had to be well-trained to handle this weapon. Part of the problem was that for a simple-looking weapon, the bazooka was complex. Among things crews had to be careful of were broken wires (the weapon fired electically), drained batteries (the ones shown in the film seem to be AA batteries like you’d use in a remote), or a dirty trigger mechanism.

The bazooka served in World War II and the Korean War. By the end of World War II, it had shifted from a tank-killer to being used as a light infantry support weapon, largely because tanks like the German Tiger and the Russian T-34 were shrugging off the rockets.