Every Marine is a rifleman—and now with a suppressor 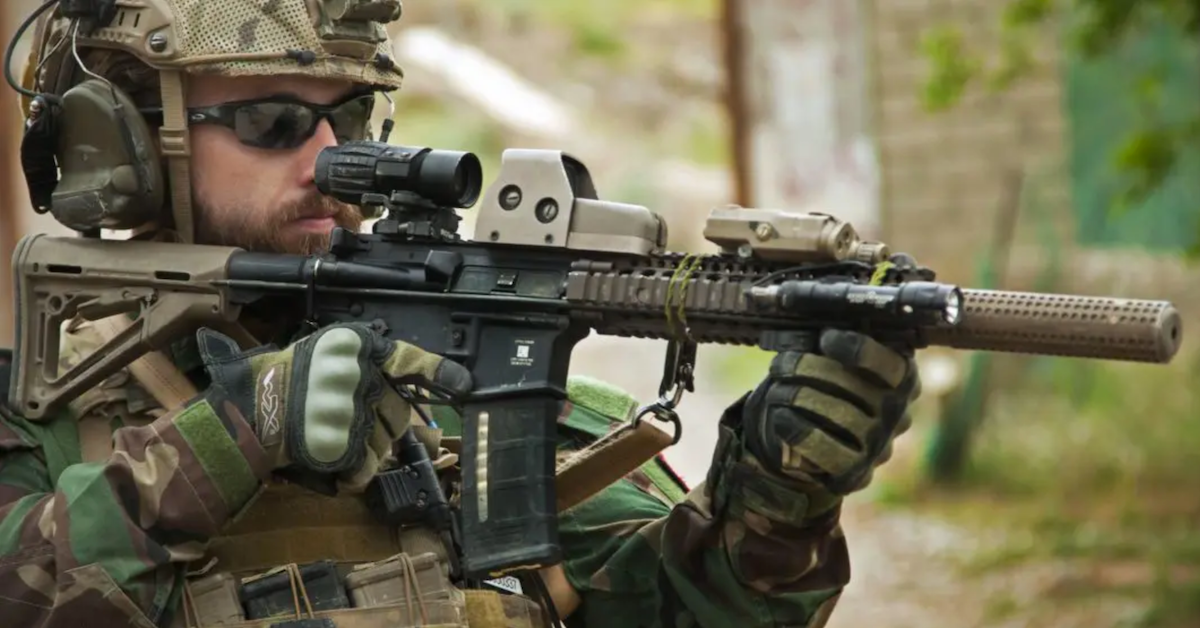 Starting in December, the Marine Corps began issuing thousands of rifle suppressors to its infantry, reconnaissance, and special operations units.

In total, by 2023, the Marine Corps will issue approximately 30,000 suppressors made by the Knight’s Armament Company for its M4 and M4A1 rifles and M27 Infantry Automatic Rifles, all of which are chambered with the 5.56 NATO cartridge.

Recon Marines and Marine Raiders have already been using suppressors for years. But the widespread introduction of suppressors to line infantry companies is novel.

Everything began in 2016 when a Marine infantry battalion used suppressors during a warfighting exercise. The feedback from that was very positive, and the Marine Corps began searching for the best way to implement suppressors on a largescale level.

According to Chief Warrant Officer 4 David Tomlinson, the Marine Corps System Command’s infantry weapons officer, the addition of suppressors will foster better communications between troops in the squad and platoon level as the overall noise will be much less.

“As I travel and brief units, this capability has generated the most interest—from lance corporals to colonels,” CWO4 Tomlinson added. “There has been an overwhelming excitement to receiving the suppressors, which we anticipate will serve as an effective capability for the warfighter.”

Marine Corps Systems Command is the Corps’ acquisition command. Comprised of Marines, Sailors, and civilians, the MCSC is head of contracting authority and exercising technical authority for all ground weapon and information technology programs.

But although the widespread introduction of suppressors to frontline units is mainly about combat effectiveness and better communication on the battlefield, there is another aspect to the change. Close proximity to gunshots and explosions takes a toll on the body even with ear protection. Hearing loss or tinnitus (a constant ringing in the ears) are fairly common to veterans. The introduction of suppressors aims to improve the long-term quality of life of Marines.

“In the big picture, the VA pays out a lot in hearing loss claims,” said Major Mike Brisker, a weapons product manager in the MCSC’s Program Manager for Infantry Weapons, in a press release. “We’d like Marines to be able to continue to hear for many years even after they leave the service. These suppressors have that benefit as well.”