Here are all the standard issue weapons used by US Marines The US Marine Corps started issuing the Glock 19M pistol to marines, which they call the M007, in May 2017.

“The M007 has a smaller frame and is easier to conceal, making it a natural selection to meet the Marine Corps’ conceal carry weapon requirement,” Gunnery Sgt. Brian Nelson said in a November 2017 Marines Corps Systems Command press release.

And since the Corps continually upgrades and adds new weapons to its arsenal, we reached out to the Marines Corps Systems Command, which is in charge of all acquisitions for the Corps, to find out which standard issue weapons it currently gives to Marines. 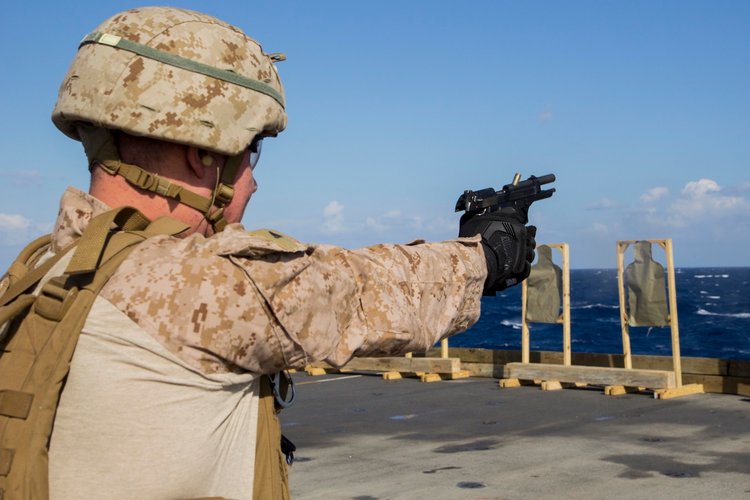 The Beretta M9 is a 9mm semi-automatic pistol. 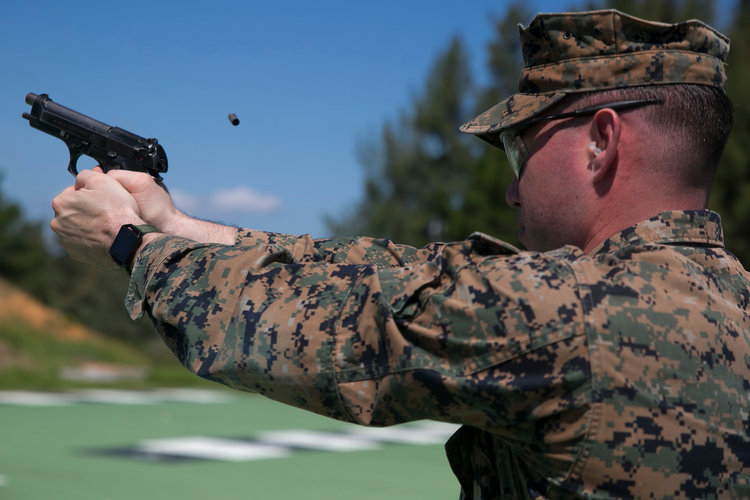 Specifically designed for the Corps, the Beretta M9A1 is an upgrade to the M9.

The M9A1 a little heavier than the M9, and has extra features, such as a sand-resistant magazine and a Picatinny MIL-STD-1913 rail under the barrel for accessories and more. 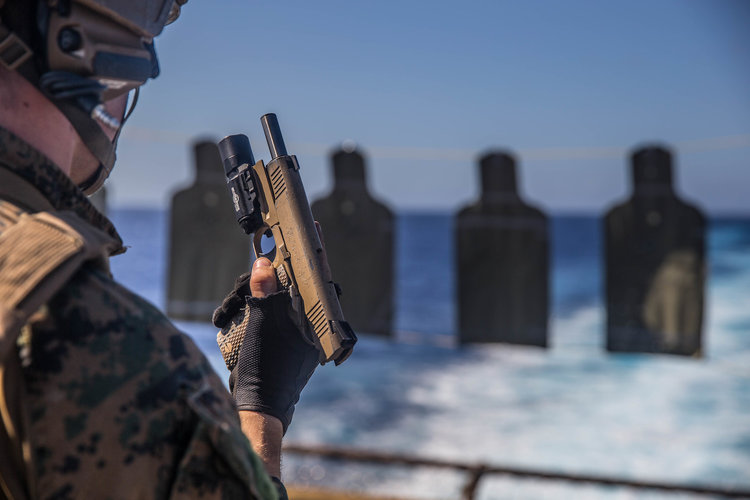 The Colt M45A1 is .45 caliber semi-automatic pistol that the Corps started purchasing in 2012. 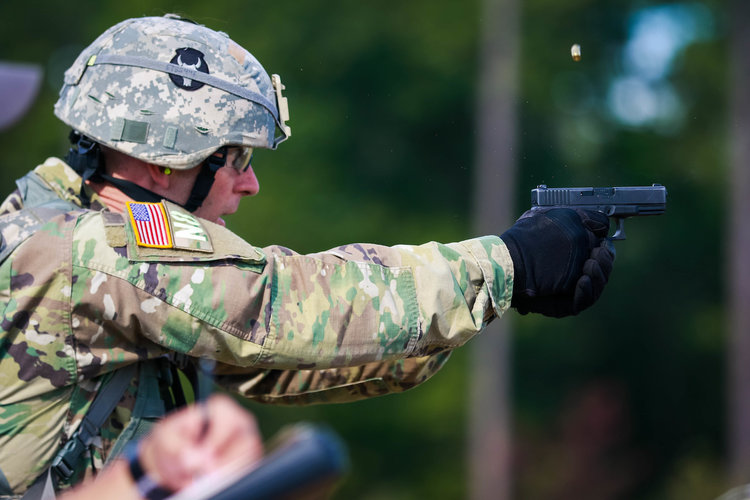 The Glock 19M, which the Corps named the M007 after James Bond, is a 9mm semi-automatic pistol that will slowly replace the M9. 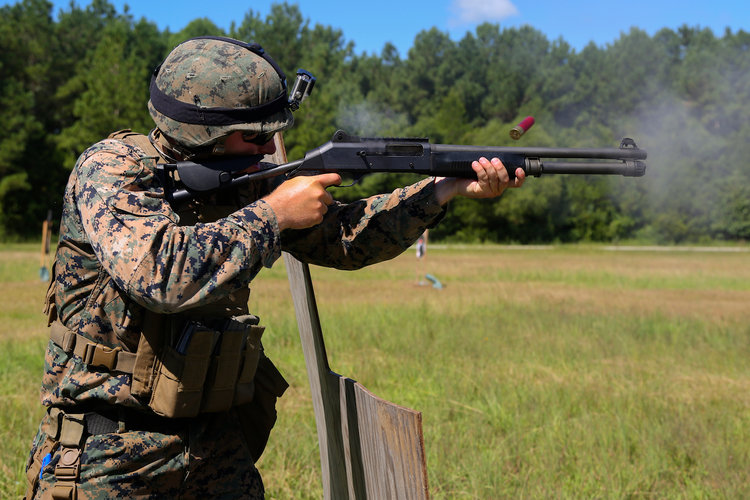 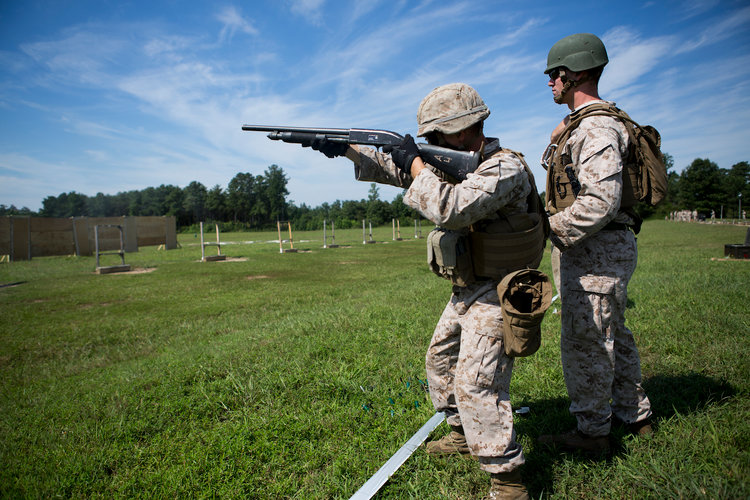 The Mossberg 500A2 is a 12-Gauge shotgun that usually comes with a five-round capacity tube. 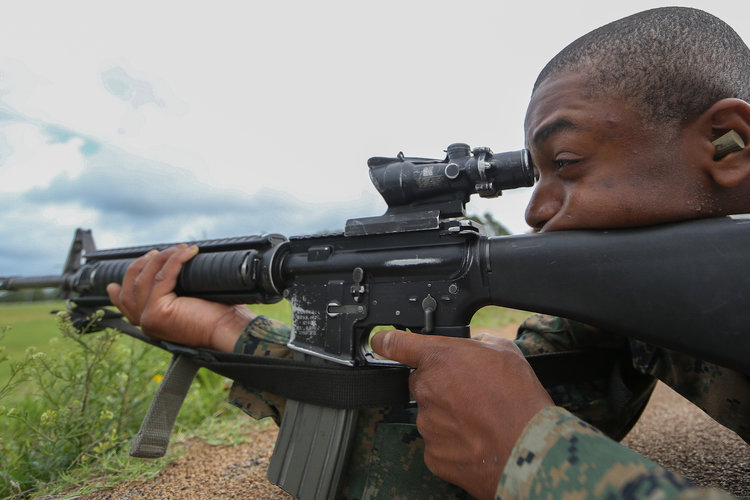 The M16A4 shoots 5.56×45 mm rounds and is basically an M16A2, but with a removable handle and full-length quad picatinny rail. 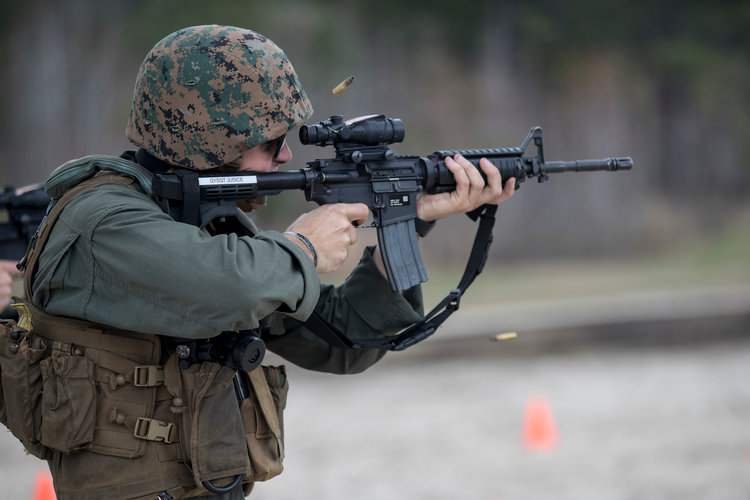 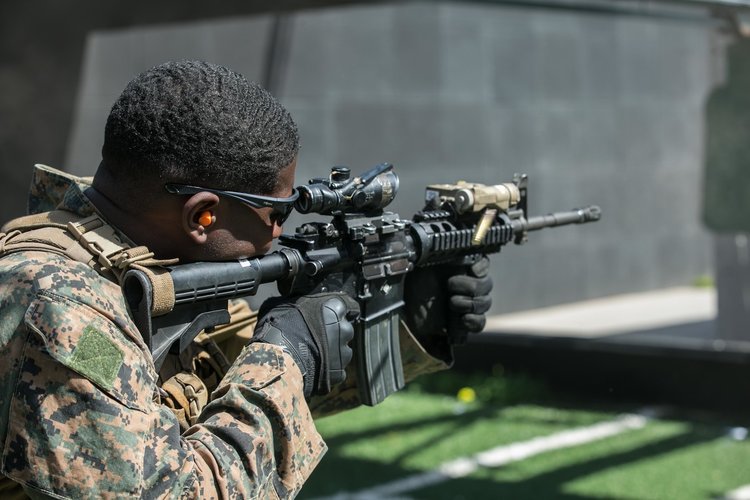 The M4A1 is an upgraded M4 with “full auto capability, a consistent trigger pull, and a slightly heavier barrel,” according to Military.com. 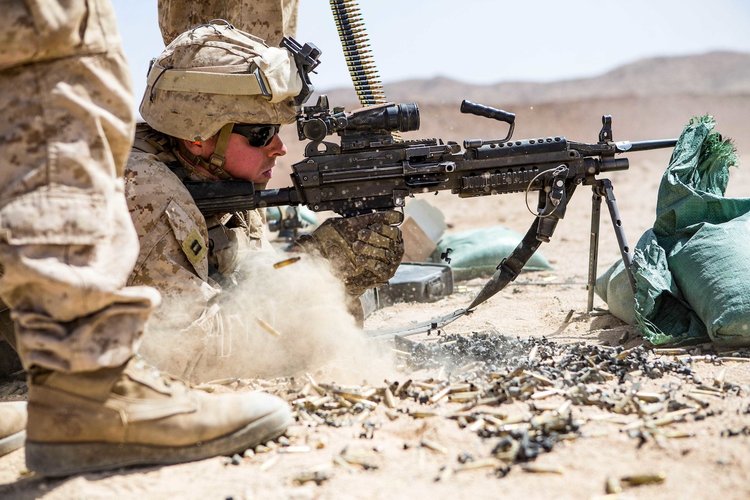 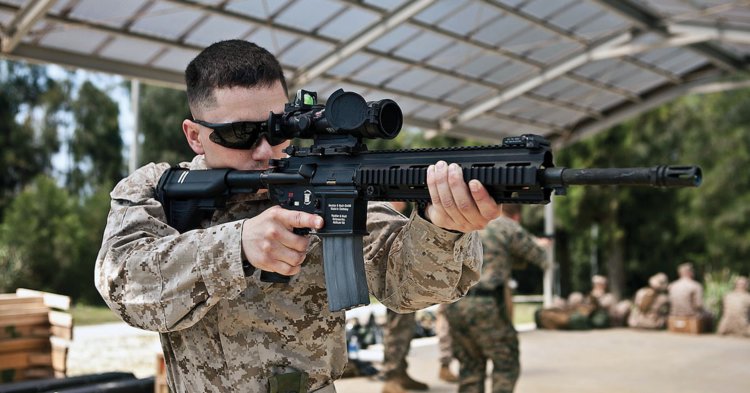 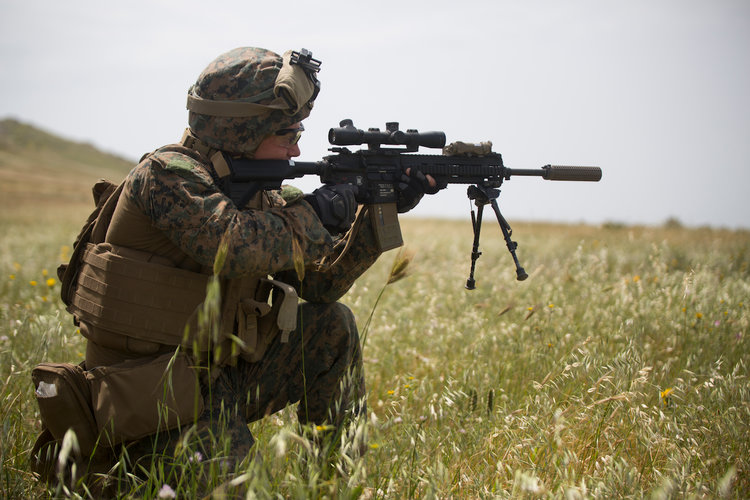 The M38 is a marksman upgrade to the M27 with a Leupold TS-30A2 Mark 4 2.5-8x36mm Mid-Range/Tactical Illuminated Reticle Scope. 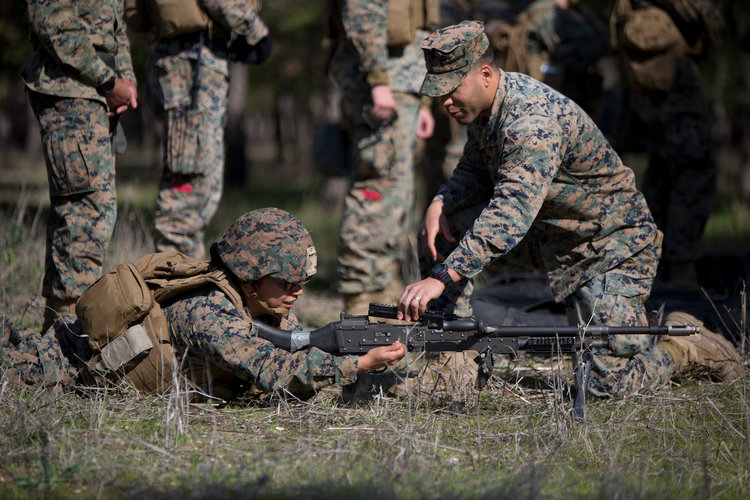 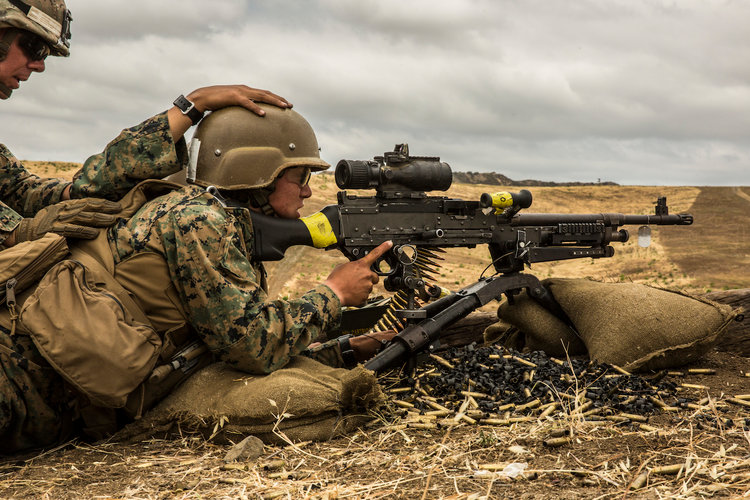 Read more about the difference in the variant specs here. 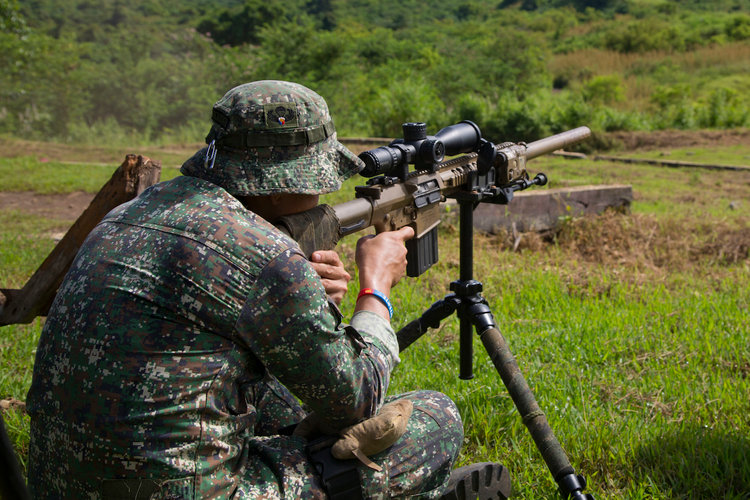 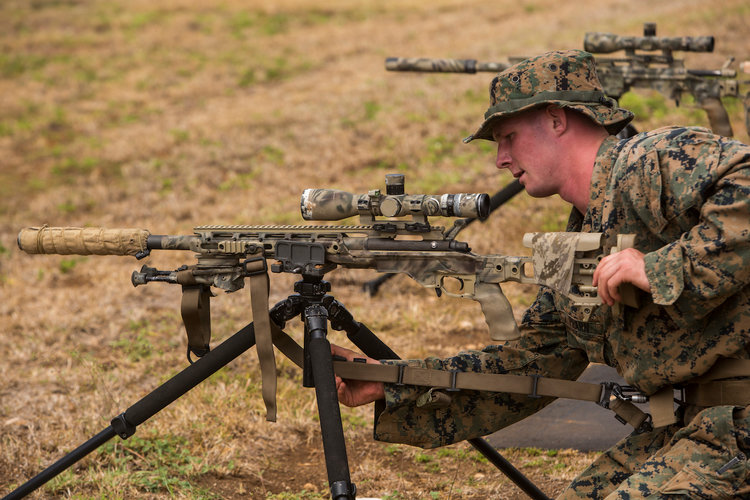 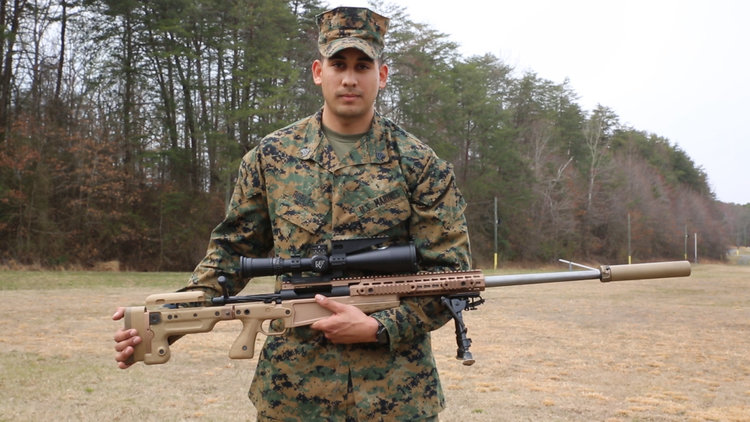 The Corps announced in April that it would replace the M40 with the new Mk13 Mod 7, which shoots a .300 Winchester Magnum round with an effective firing range of more than 1,000 yards. 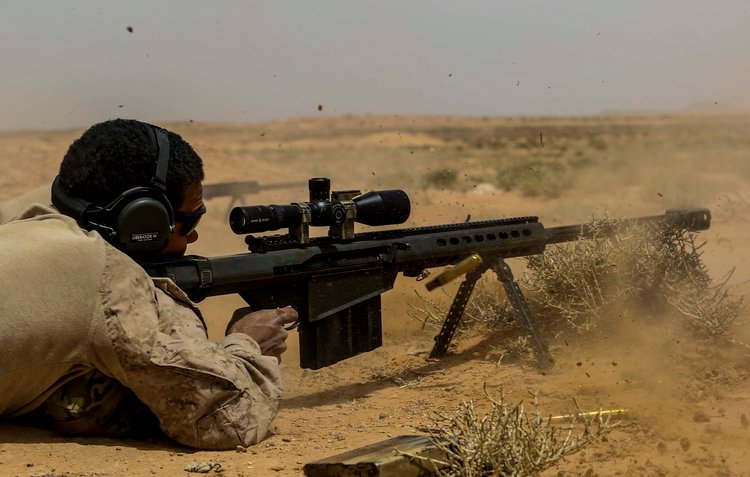 In 2011, a marine actually had his M107 break down during a firefight, and he called customer support to fix it. 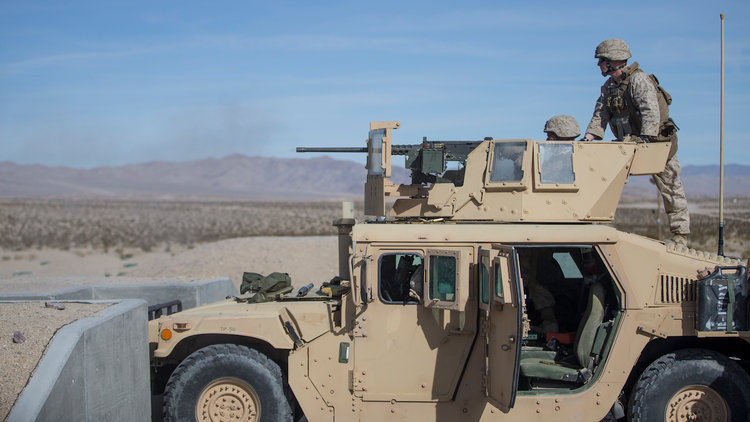 The M2 is a .50 caliber machine gun with an effective firing range of 22,310 feet. The Corps also provides an Up-Gunned Weapons Station that fixes the M2s to vehicles. 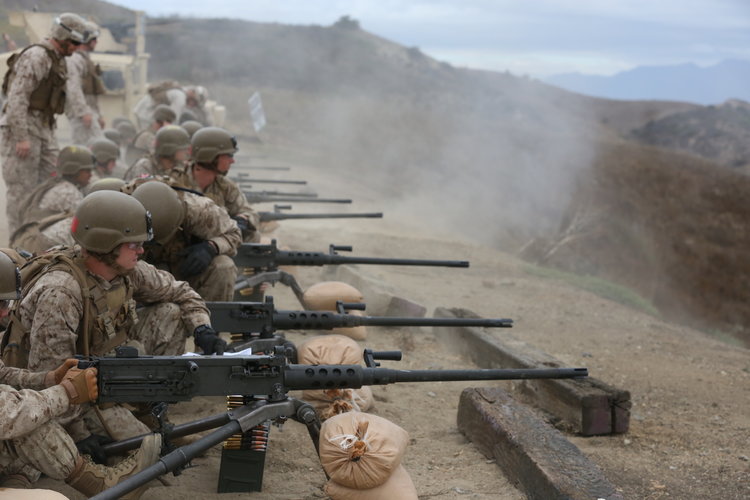 The M2A1 is a .50 caliber machine gun and an upgrade to the M2, featuring reduced muzzle flash and reduced time to change the barrel. 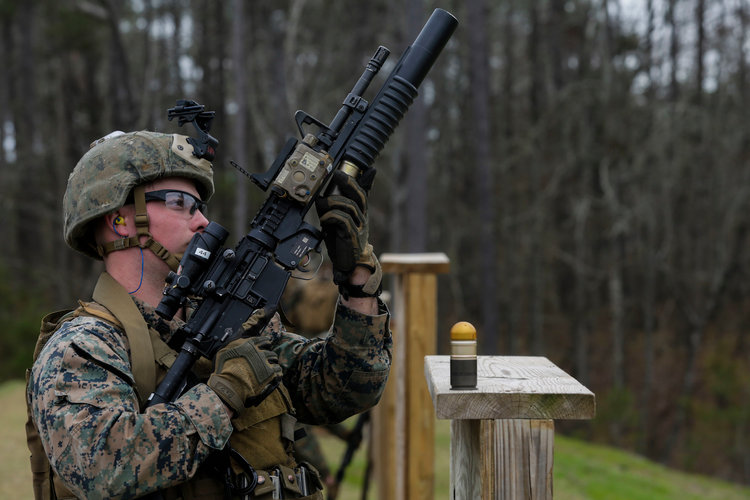 The M203 shoots 40mm grenades and can be fitted under the M4 and M16, but the US military is currently phasing it out for the M320. 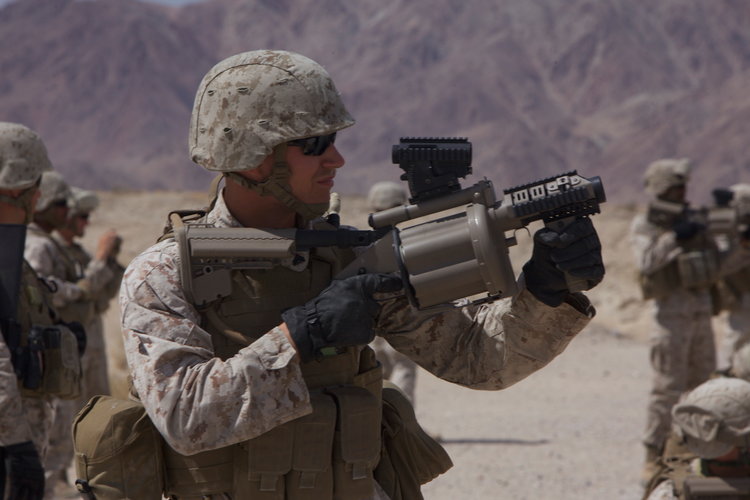 The M32A1 is six-round 40mm multiple grenade launcher with a maximum range of 2,625 feet with medium velocity grenades. 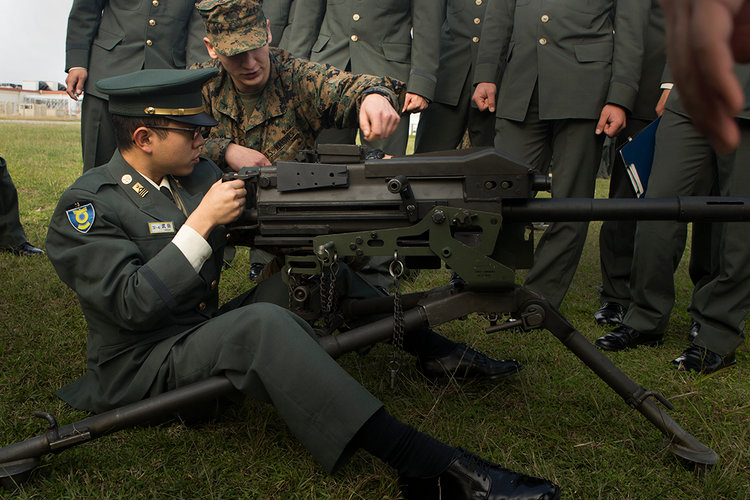 With a maximum range of 7,218 feet, the MK19 is a 40mm automatic grenade launcher and can mount on tripods and armored vehicles. The Corps issues two different versions: the Mod 3 and Mod 4.